Feedback
on smash
on the house

What does on the clock mean?

Working hard or hardly working? If you’re on the clock, it should be the former.

Where does on the clock come from? 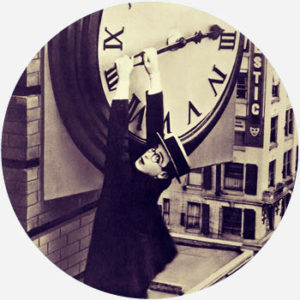 On the clock means many, many things. The first relates to taxicabs. The taximeter was invented in 1891 by the Germans and put into English motorized hackney cabs in the early 1900s who called them clocks in the UK (usually meters in the US). If a cab is running, the mileage is on the clock—and you’re paying for it.

Around the same time, clocks became commonplace in workplaces, especially factories, where workers would record, for the purposes of pay, when they arrive and leave work using a clock system (clocking in, clocking out). On the clock emerged as an expression meaning “working” and by extension, “getting paid,” even when people aren’t literally clocking in and out.

idc if i’m in my work uniform, i’m not smiling at anyone until i’m on the clock 😂

A third on the clock appears in sports, referring to the amount of time left in a part of the game (think shot clock). This sense surfaces in the mid-20th century. In the sport of golf, a player is put on the clock if they are taking too long to play, meaning the amount of time they get to make a shot gets restricted to keep up a reasonable game pace in that super exciting, fast-moving game of golf.

Brady had 2 minutes on the clock and time outs. He could have tied the game. But he’s not clutch so…

The USGA’s egos are ridiculous man. Hardest golf tourney of the year and they have the audacity to put groups on the clock. Greens rolling 12 and wind blowing 20+. Y’all try and play that course rn in reasonable time

Examples of on the clock

Ian Poulter was put on the clock twice, not penalized, but warned about his play, during his second round at the Masters.
Stephen Hennessey, Golf Digest, April, 2018
Mattress company Amerisleep polled 1,001 Americans to gauge people's sleep habits while on the clock. More than half of respondents (51.8 percent) admitted to getting shut eye during business hours…
Sarah Berger, CNBC, May, 2018
If an NFL team punished Tim Tebow for his prayers "on the clock." Cool to punish him? Yes or no? Lots of conservatives on campus are punished and mobbed for their speech "on the clock." Is that fine? On the clock or off, I'd appreciate a bit more tolerance.
@DavidAFrench, May, 2018
SEE MORE EXAMPLES

Who uses on the clock?

Outside its specific uses in taxis and sports, on the clock is used in casual speech for being at and responsible for work or getting compensated for work.

On the clock often has a begrudging connotation. Because work.

It’s so funny when I meet online people IRL and they’re like “Wow that’s not a gimmick, you just sound like that” because yeah I mean, unless I’m on the clock and it’s a business transaction, lol, this is all you get pic.twitter.com/AT6D7mRSk1

If you’re not on the clock, then you’re off the clock. So, stop looking up weird terms online and go out and do something!

This is not meant to be a formal definition of on the clock like most terms we define on Dictionary.com, but is rather an informal word summary that hopefully touches upon the key aspects of the meaning and usage of on the clock that will help our users expand their word mastery.

on smash
on the house
Home / Words / Slang / on the clock