What does pick six mean?

Pick six is an informal term used in American football to refer to an interception (informally called a pick) that’s returned for a touchdown (which is worth six points).

In other words, it’s a name for what happens when a defensive player intercepts a pass and is then able to return the ball all the way to the opponent’s end zone, thus scoring a touchdown.

This is most commonly done by a cornerback or a safety, but sometimes also by a linebacker or even a member of the defensive line.

It’s considered among the most exciting plays in football.

Example: The Eagles have been able to keep it close with scoring from the defense, with a safety in the first quarter and a pick six at the end of the half.

Where does pick six come from? 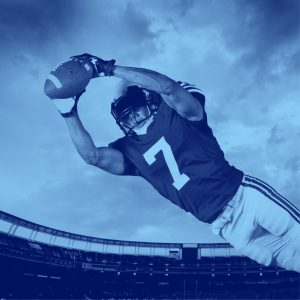 In football, the word pick is used as an informal word for what’s officially called an interception—when a defensive player intercepts a ball meant for an offensive player. Relatedly, the term pick off is an informal synonym for intercept, as in The cornerback picked off the pass. A ball that has been intercepted—or the quarterback who threw it—is said to have been picked off, as in Brady is picked off at midfield.

When an interception happens, play continues until the defensive player with the ball is ruled down (due to being tackled or out of bounds) or until they reach the opponent’s end zone for a touchdown, resulting in six points.

The term gained popularity in the early 2000s.

Loudest cheer of the night comes on a videoboard replay of Tracy Porter's Super Bowl XLIV pick six
@ByLukeJohnson, December 16, 2019
Whether it was a single bad read, one bad fumble, a missed field goal, an ill-timed pick six or poor coverage on a single drive, it didn't take an expert to diagnose UCLA's errors in its five losses over the past two seasons.
Sam Connon, Sports Illustrated, October 3, 2021

Pick six is informal, but it’s the most common way of referring to an interception returned for a touchdown. It’s considered among the most exciting plays in football.

Ohio State cornerback Denzel Burke said his 23-yard interception return for a touchdown against Rutgers today was his first pick-six ever as a football player.

First play of the half for the Patriots is a pick six. Mac Jones had Jonnu Smith, but Smith bobbled it and gifted an interception to the Saints. 21-3 New Orleans.

The uniforms may have changed, but seeing Tom Brady throw a pick six still makes me very happy.

This is not meant to be a formal definition of pick six like most terms we define on Dictionary.com, but is rather an informal word summary that hopefully touches upon the key aspects of the meaning and usage of pick six that will help our users expand their word mastery.