What does shelfie mean?

A shelfie is a picture of a shelf, especially a bookshelf that shows off someone’s books, movies, art, collectibles, special belongings, etc.

A shelfie can also be a proper selfie if you are in the picture with the shelves.

On social media, the hashtag #shelfie is often posted alongside pictures of various shelves where a person lives or works.

Example: I wanted to share with everyone my awesome collection of vintage action figures all neatly set up on my bookcase, so I posted a shelfie of them on my social media.

Where does shelfie come from? 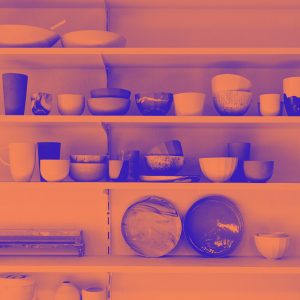 Shelfie is a punning blend on shelf (as in bookshelves) and selfie, a picture you take of yourselves on your phone and share on social media.

The goal of a shelfie is to show off various objects people display on their shelves, whether it’s books they own, toys they’ve collected, indoor plants they grow, souvenirs they got from around the world, or the overall aesthetic of the shelves in their living or work space.

The word shelfie spread in the 2010s, joining the many puns and blends on the word selfie (we see you, belfie), which swelled with the rise of social media and smartphones at time. Avid readers shared pictures of their personal libraries—or authors, publishers, and booksellers of their books in bookstores—and variously and independently dubbed them selfies.

Take a pic and show us your shelfie. #ShelfieSunday

By the end of 2013, shelfie had become popular enough that it was used in a headline by the Guardian on December 16; it was added to Urban Dictionary the following day. One notable use of shelfie around this time was by Rick Riordan, author of the popular Percy Jackson and the Olympians young adult fantasy book series, which was adapted into a movie franchise.

In 2020, the COVID-19 pandemic forced people all around the world to conduct work, school, and social activities online using video conferencing services like Zoom. In such videos, it is very popular for people to position themselves in front of their bookshelves (for personal, aesthetic, or professional effect), prompting renewed use and interest in the word shelfie.

Joined Lisa Baker Member for Maylands for our annual catch up with schools in her electorate this morning … by zoom. Thanks to the Principals from public and Catholic schools and P&C leaders for joining us.

As the above tweet, the sense of shelfie has expanded to include not just bookshelves and decorative shelves, but also workspaces more generally.

Do you know what zumping is? Learn other ways Zoom and the coronavirus impacted on our slang.

The humble shelf or mantelpiece has evolved. Laden with carefully chosen memories and meaningful pieces, the modern #shelfie is now the focal point in any stylish room.
Lucy Williams, The Times (London), February 16, 2020
Had all of my marionettes lined up ready to take the perfect shelfie until one of them moved and ruined it LIKE THEY ALWAYS DO
@ScottLinnen, April 2, 2019

Shelfie is especially used on social media by people who want to show off collections or interesting things that they keep on their shelves.

But first let me take a shelfie! pic.twitter.com/3qFrel611J

Which shelf and why? #shelfie #toys pic.twitter.com/JTMFFySlLZ

Started piling up my books together so I can go through them😬#shelfie pic.twitter.com/q7mqs8ZNrf

This is not meant to be a formal definition of shelfie like most terms we define on Dictionary.com, but is rather an informal word summary that hopefully touches upon the key aspects of the meaning and usage of shelfie that will help our users expand their word mastery.