Stealthing is a slang term for the act of removing a condom during sex without the consent of the partner. It’s illegal in many places, and is a form of sexual assault. In October 2021, California became the first US state to adopt a law explicitly making the practice illegal.

Where does stealthing come from? 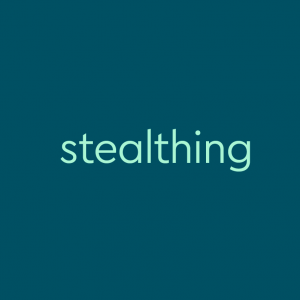 As early as 2010, stealthing was used in the context of sex to refer to the act of engaging in sexual intercourse without disclosing that one has a sexually transmitted infection (such as HIV), often with the intent of purposefully infecting one’s partner. Since then, the term has broadened to refer to removing a condom (or otherwise compromising its effectiveness) before or during sex without a partner’s consent or knowledge (i.e., in a “stealthy” way).

Around the mid-2010s, the practice began to be discussed in online communities geared toward gay men, in which some users posted tips for performing the act specifically without a partner’s awareness.

Stealthing received wider media attention in April 2017 due in part to a legal article by attorney Alexandra Brodsky published in the Columbia Journal of Gender and Law. Brodsky defined stealthing as sexual assault and documented the alarming rise of the practice, which she described as “rape-adjacent.”

Stealthing again became the subject of mainstream media attention in October 2021 when California became the first US state to adopt a law explicitly making the practice illegal. The law, which refers to the practice as ​​”nonconsensual condom removal,” groups it under California’s civil definition of sexual battery. (Some legal scholars consider the practice to be covered by existing laws even if it is not explicitly named.)

The California law makes it a civil offense, meaning that a person who commits the act cannot be brought up on criminal charges. Rather, the law allows a victim of the act to sue for damages.

The law was introduced as a bill by California Assemblywoman Cristina Garcia. After it was passed, Garcia and other legislators stated plans to pursue a law that makes stealthing a criminal offense.

“there's this new trend called 'stealthing' and it leads to this other new trend called 'rape charges.'”
@anylaurie16, April 25, 2017
“I hope y'all know that contrary to popular belief there are MEN who actually trap the woman by getting her pregnant. #Stealthing #BeenDoingItSinceForever #IwasOneOfThemWomen”
Eliyah Liel, Facebook, April 27, 2017
“Rebecca says she was a victim of stealthing when she was a freshman. According to Brodsky, the law is largely silent on it.”
Eric Glasser, KSDK News, April 25, 2017
SEE MORE EXAMPLES

Many, including prominent anti-sexual violence organizations, argue that stealthing does not fully convey the nature of the act as a form of sexual assault involving non-consensual risk of disease, pregnancy, and trauma.

Stealthing has other, unrelated senses that predate the sexual meaning of the term. Among video game players, stealthing refers to a sneaky, furtive, defensive playing strategy. In games, players might stealth to avoid a more active and risky fighting style.

Stealthing is also a term used in the context of transgender persons who choose not to reveal that they identify as transgender, instead letting people assume that they’re cisgender (and attempting to “stealthily” evade the violence and discrimination that transgender individuals often face). This sense of stealthing is somewhat similar to the term passing, which has been used in the context of racial identity since the 1920s, but has also been applied to gender identity. In these contexts, the terms stealthing and passing sometimes (though not always) imply criticism of such practices.

The senses of stealthing used in the context of gaming and gender identity should not be confused with the sexual assault-related meaning of the term.

This is not meant to be a formal definition of stealthing like most terms we define on Dictionary.com, but is rather an informal word summary that hopefully touches upon the key aspects of the meaning and usage of stealthing that will help our users expand their word mastery.