Feedback
stay in your lane
stealthing 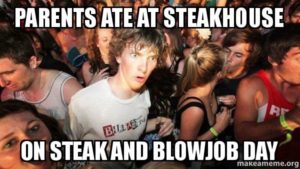 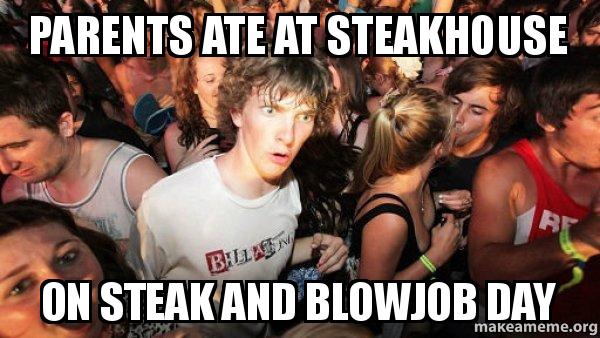 The idea spread quickly across the internet, getting an Urban Dictionary entry in February 2004. 2008 was a breakout year for the holiday, with the newfound popularity of social-media sites like Twitter serving as a catalyst to launch the holiday into the mainstream. 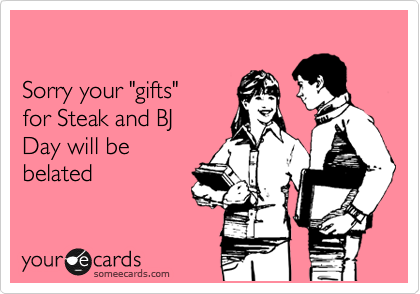 Men on social media like to announce the arrival of the holiday in the hopes that their partner will get the hint, but we doubt very much that this works

Some English speakers outside the US may refer to the fake holiday as Steak and Knobber Day.