What does steez mean?

You seein’ this steez? It’s a unique, personal style, pulled off with ease.

on fleek, slizzard, on point, fo shizzle my nizzle, drip

Where does steez come from? 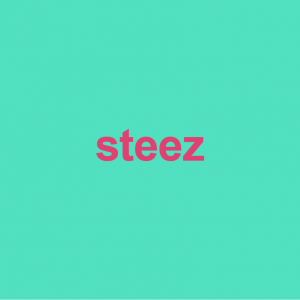 Steez originates in Black and hip-hop slang from the 1980s. It apparently combines the words style and ease, with the word respelled more phonetically—for a dash of that steez. The term may also adapt the word style to the -iz- infix noted in the likes of Snoop Dogg’s fo’ shizzle my nizzle or the slang slizzard.

Steez implies a slick, cool, effortless way of carrying oneself. It can refer to what someone is wearing or their attitude more generally. It was popularized by Grandmaster Flash and the Furious Five’s 1982 track “It’s Nasty (Genius of Love).” On it, rapper Kidd Creole raps: “I’m a lady’s man, I don’t have a lot of women hangin’ on my steez / Only one fine lady, that you better believe.”

In 1998, the East Coast hip-hop duo Gang Starr released the track “You Know My Steez,” boasting about how much better their steez is than all the other rappers with their “juvenile rhymes, making fake-ass death threats.”

Since the 1980–90s, steez has become a staple in global hip-hop music. Many artists use Steez in their stage names, such as the popular Botswanan rapper Steez. Brooklyn-born rapper Capital Steez made a huge impact on the hip-hop scene before his tragic death in 2012.

[Tommy] Hilfiger’s “Americana” aesthetic is still in place, updated only slightly with Ronnie’s niche for the current streetwear steez.
Keenan Higgins, The Source, August 23, 2018
“If they love my steez, let’em have it.” Yes baby girl. Come all the way thru with a word and a sick flow.
@divafeminist, April 9, 2019
These E! interview ppls' steez is basically to stan and flirt and i do not respect it! Also I am going slightly insane!!!
@jawnita, April 4, 2014
SEE MORE EXAMPLES

From hip-hop, steez spread into Black and mainstream slang more generally, especially as it relates to popular culture.

Steez is often used to describe someone’s style of dress as looking on fleek or on point.

This is not meant to be a formal definition of steez like most terms we define on Dictionary.com, but is rather an informal word summary that hopefully touches upon the key aspects of the meaning and usage of steez that will help our users expand their word mastery.