Feedback
unfff
up to snuff

An unsult is a backhanded compliment, i.e., an insult packaged as a compliment.

Where does unsult come from? 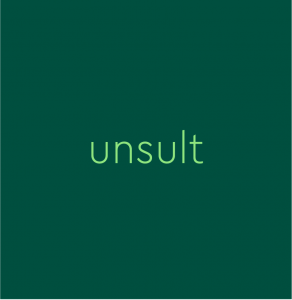 The term unsult traces back a 2009 episode of The Simpsons called “Father Knows Worst.” A storyline in this episode follows the lovable oaf Homer as he tries to make his smartypants daughter Lisa popular. He buys a book on how to do this and it advises trying unsults, or “insults disguised as compliments.”

A tribute to the influence of The Simpsons, unsult spread as slang term. It has even been classed as a slang term of “Generation Z,” or those born in the mid-1990s to mid-2000s.

Online, however, unsult faces a tough battle, as letters I and U are next to each other on QWERTY keyboards. That means people have typed an awful lot of unsults meant as insults.

To our friends around the world, we are BOYCOTTING TRUMP EVERYTHING, HE IS AN UNSULT TO HUMANS EVERWHERE! Join us, don't buy Trump brands!

if i unsult you and make inappropriate jokes around you our friendship is real
@jaydofiel, September 2013
...an insult tucked inside a compliment. Unsult. She’d make snide remarks and backhanded compliments so you’d think she was being nice and later you’d think and go… huh?
Wendy Roberts, A Grave Search, 2018

“Fun but also kind of a bitch." Joon licked a green dollop of guac that clung to the corner of his mouth. “Not an outright bitch but the kind who’d give you an unsult.”

As is the nature of insults, unsults aren’t meant in a friendly manner. They are considered very sarcastic and passive-aggressive.

Some of us, however, prove able to put a positive spin on an unsult, finding empowerment in the intended attack.

How can people use lightweight as an unsult! I love not tolerating alcohol and making a complete arse of myself!!!😂😎

"The Liberal Left, also known as the Democrats." He's trying to form an unsult but falls short. Yes, I'm liberal, I'm of the left, and I'm a Democrat, thank God. https://t.co/tnLX08dObw

This is not meant to be a formal definition of unsult like most terms we define on Dictionary.com, but is rather an informal word summary that hopefully touches upon the key aspects of the meaning and usage of unsult that will help our users expand their word mastery.