What does cyclobenzaprine mean?

Cyclobenzaprine is a prescription muscle relaxant commonly sold under the brand name Flexeril.

Where does cyclobenzaprine come from? 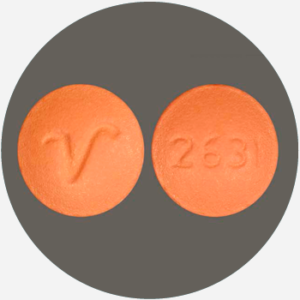 Cyclobenzaprine—fully called cyclobenzaprine hydrochloride, or C20H22ClN—was first synthesized in 1961 by the pharmaceutical company Merck & Company. It is chemically related to tricyclic antidepressants, an early form of antidepressants invented in the 1950s.

Although cyclobenzaprine was found to have limited efficacy as an antidepressant, it proved very effective as a muscle relaxant. In 1977, it was approved by the US Food and Drug Administration (FDA) for treatment of muscle spasms. It is still manufactured by Merck & Company under the brand name Flexeril and is distributed by McNeil Consumer & Specialty Pharmaceuticals.

While largely used to treat muscle spasms and pain, cyclobenzaprine has also been effective in treating the symptoms of fibromyalgia and tension headaches. Side effects of cyclobenzaprine include drowsiness, which leads to its occasional use as a sleep aid.

Although cyclobenzaprine is not a controlled substance, it is only available by physician prescription. Though not considered physically addictive, its relaxing properties may create psychological dependencies upon longterm use. Overdose may cause heart problems.

Cyclobenzaprine is less widely abused than other drugs such as certain painkillers like OxyContin, but it is still illegally obtained and abused to get a relaxing “high.” Cyclobenzaprine and Flexeril made headlines though in 2012 when toxicology reports found the drug in singer Whitney Houston’s system upon her overdose.

If you ever want to constantly feel like you just woke up 5 minutes too early, I recommend taking some cyclobenzaprine
@jephjacques, February, 2018
The molecule [Seth Lederman, M.D.] is currently pursuing, cyclobenzaprine, was originally developed by Merck as a muscle relaxant. When that same molecule was later discovered to improve the sleep quality of fibromyalgia patients, he acquired the rights to it, starting a company called VELA Pharmaceuticals.
Ed Miseta, Clinical Leader, February, 2016
A subsequent search of Price found $4,910 cash in $100, $50 and $20 denominations and a large quantity of drugs and pills...The officer also found a ziplock bag containing an assortment of pills, including seven alprazolam, 18 oxycodone hydrochloride, six clonazepam, a single generic Cialis, 11 cyclobenzaprine and 21 gabapentin.
Tobias Mann, Winona Daily News, April, 2018
SEE MORE EXAMPLES

The term cyclobenzaprine is used by scientists, doctors, pharmacists, physical therapists, nurses, and patients who take the drug for treatment. It is commonly prescribed after accidents or other circumstances where healing may be slowed by muscle strain. Patients may know the drug best under the brand names Flexeril or Amrix.

As an illegal drug, cyclobenzaprine is known by the street names mellow yellow or cyclone. While not as popular among recreational drug users, it is known by addicts with experience abusing prescription drugs and a desire for sedative highs.

This is not meant to be a formal definition of cyclobenzaprine like most terms we define on Dictionary.com, but is rather an informal word summary that hopefully touches upon the key aspects of the meaning and usage of cyclobenzaprine that will help our users expand their word mastery.