What does Ethereum mean?

Ethereum is a blockchain computer program similar to Bitcoin. It can be used to create automated contracts or circulate a digital currency called Ether.

Where does Ethereum come from? 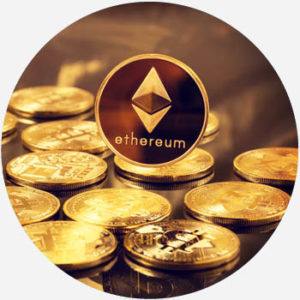 In November, 2013, computer programmer Vitalik Buterin proposed creating a blockchain program, a kind of digital ledger, similar to Bitcoin. The program would allow users to create applications, called smart contracts, that could perform various tasks, such as transferring digital currency without human intervention. Buterin used the name Ethereum for the program and ether for the cryptocurrency, drawing on associations of ether a a substance once believed to permeate all space.

Buterin’s project quickly drew attention in tech, business, and the mainstream press. Ethereum was covered by Wired in January, 2014, New Scientist in February, and Forbes and Al Jazeera America in April that year. Later in 2014, Buterin received a fellowship to work on Ethereum from billionaire Peter Thiel. A presale of ether followed in July, 2014 and Ethereum was made live on July 30, 2015.

In 2016, a user exploited Ethereum to obtain the ether equivalent of about $50 million. Ethereum users voted to have the code altered to return the ether to the previous owners. Those who disagreed with this decision split off and continued to use the unaltered code. They called their system Ethereum Classic.

Ether tokens on the updated code are traded on digital currency exchanges under the symbol ETH while ether tokens on Ethereum Classic trade under ETC. The split, overseen by Buterin, was covered by digital currency bloggers as well as by mainstream outlets like Vice and The Huffington Post. In 2017, several companies, including Microsoft and JP Morgan Chase, joined in a group called the Enterprise Ethereum Alliance to develop blockchain technology for business using Ethereum. Also in 2017, a virtual game, CryptoKitties, running on Ethereum became so popular it slowed the network down. Other notable applications using Ethereum include services providing digital signatures and platforms for crowdfunding and social media.

A research project funded and co-run by NASA is looking to leverage the Ethereum blockchain’s smart contracts technology to automate spacecraft maneuvering while avoiding space debris.
Samburaj Das, CCN, April, 2018
Shitcoiners: "Bitcoin is valuable because it protects people from irresponsible money printing." Also Shitcoiners: "Bitcoin doesn't allow me to print my own money that's why I switched to Ethereum."
@_Kevin_Pham, April, 2018
This brings ethereum close to a price level which one technical analyst, who looks at historical trading patterns to determine future price moves, said could see a sharp drop in the digital currency.
Arjun Kharpal, CNBC, May, 2017
SEE MORE EXAMPLES

Although the currency traded in Ethereum is called ether, the currency itself is sometimes called Ethereum. For example, a bicycle shop has displayed a sign reading “we accept Ethereum.”

Some Ethereum Classic users call the currency on their platform classic ether to distinguish it from ether on the official Ethereum platform.

Business news outlets like CNBC and The Street discuss trading ether in the same manner they may describe trading stocks.

This is not meant to be a formal definition of Ethereum like most terms we define on Dictionary.com, but is rather an informal word summary that hopefully touches upon the key aspects of the meaning and usage of Ethereum that will help our users expand their word mastery.