What does sacré bleu mean?

Where does sacré bleu come from? 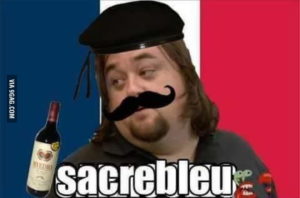 In historical France, Christians were worried about people taking their lord’s name in vain. So, they proposed all kinds of alternatives to saying such expressions as Mon Dieu! (“My God!”) like morbleu and parbleu and akin to English euphemisms like golly or gosh for God. Bleu, meaning “blue” in French, rhymes with Dieu, making it a handy way to avoid blasphemy.

One of these ways to avoid explicitly swearing was sacrebleu, typically written in French as one word and without an accent, sacrebleu is attested to as early as 1552, although it didn’t really catch on until the early 19th century. Sacré in French means “sacred,” so taken together sacrebleu, literally means “Holy blue!” instead of sacré Dieu (“Holy God!”) 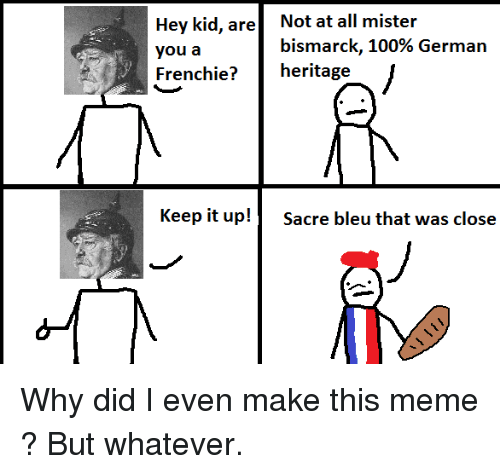 By 1805, sacrebleu, written variously as sacré bleu or sacre bleu in English, was used in writings by the British about French people. In order to show how French a person or character was, they might sprinkle in a sacré bleu as an exclamation into the text.

Sacre bleu cheese! You have lost your populist bonafides now. I suppose you will now wear a beret and walk along the Champs de elysee muttering about Monet?

Perhaps the most famous example of this comes from Agatha Christie’s Belgian detective Hercule Poirot, for whom sacré bleu became something of a catchphrase. It is said that Poirot is based on Christie’s real-life experiences with Belgian refugees during World War I, though whether they actually said sacré bleu or not isn’t exactly known.

Ironically, sacrebleu as minced oath dropped largely out of use in French in the mid-20th century. But that hasn’t stopped Anglophone writers from using it as a mark of stereotypical Frenchness.

As the first cut was removed the crowd gasped: The components appeared to separate. Sacre bleu, the torte was overcooked!
Dirk Smillie, Forbes, April 2007
The French defending international arm sales? sacre bleu! / What about ending the sales because of that whole, ya know... bombing civilian targets thing!?
@tirelessirony, October 2018 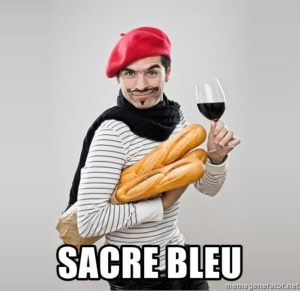 If you were to use sacré bleu in France, it would likely be met with raised eyebrows, especially from the younger generation. To express astonishment in French these days, it’s way cooler to say la vache. 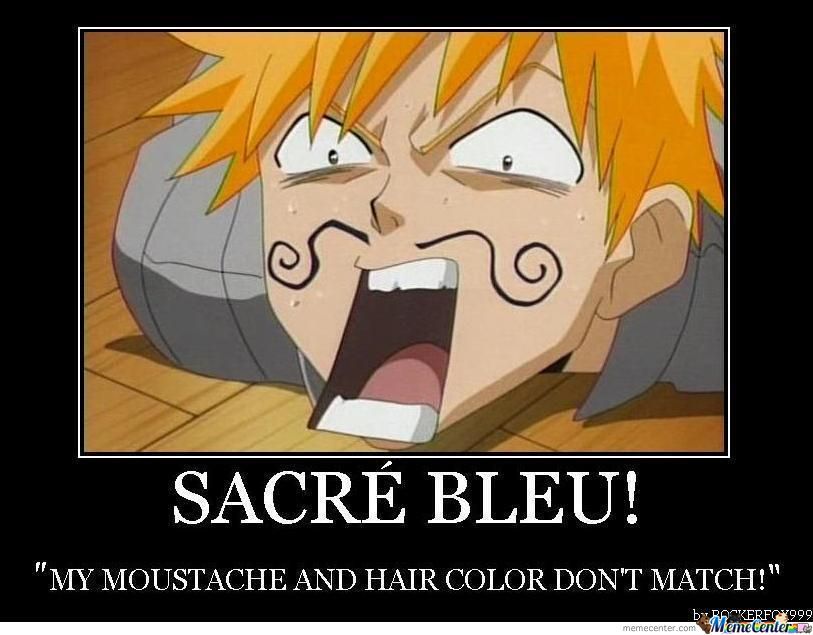 But in English, using sacré bleu as a marker of token Frenchness–like thin mustaches, berets, and baguettes–is still au courant. For instance, in 2012, mystery author Christopher Moore published Sacré Bleu: A Comedy d’Art, the story of artist Henri Toulouse-Lautrec on his investigation of the death of his friend Vincent van Gogh. Talk about French stereotypes. 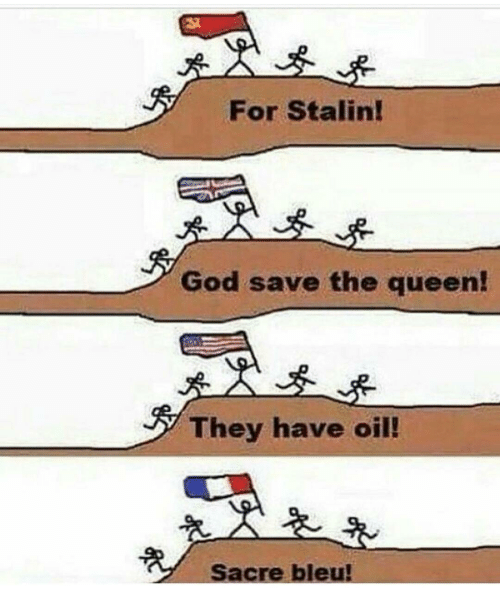 Wherever there is something stereotypically French, from albums to art shows to food, the expression sacré bleu is not likely to be far behind.

This is not meant to be a formal definition of sacré bleu like most terms we define on Dictionary.com, but is rather an informal word summary that hopefully touches upon the key aspects of the meaning and usage of sacré bleu that will help our users expand their word mastery.