Feedback
Previous Do you ever wish you could eliminate some of the ambiguity in English? Read about a language that was created for that purpose. Next Learn The Strange Link Between The Letters C And G 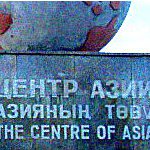 Are some languages able to express certain ideas better than others? Are there concepts that exist in particular languages and nowhere else? As more and more languages become extinct, linguists are realizing that they contain a type of knowledge beyond simply a different set of words and grammar.

In the next fifty years, linguists believe that 3,500 languages will go extinct. As globalization has linked markets and communities, languages spoken in remote areas have been subsumed by more dominant ones such as Arabic, English, Spanish, or Mandarin. There are obvious benefits to this increasing linguistic homogeneity. For example, it allows residents of insular regions greater access to education and material wealth. But there are costs as well.

Tuvan is one of these threatened languages. Tuvan is spoken almost exclusively in the Republic of Tuva, a federal subject of Russia located in southern Siberia. Recent estimates project that there are currently 264,000 total Tuvan speakers. Tuvan has many more speakers than other more endangered languages like Seri in Mexico (1,000 estimated speakers), Neju in South Africa (fewer than ten speakers), or Chana in Argentina (only one speaker remaining). Even so, Tuvan is threatened by encroaching global dialects, like Russian and Mandarin.

The Tuvan word “khoj özeeri,” signifies a specific method of killing a sheep in Tuvan culture. To slaughter a sheep, Tuvans cut one of its central arteries with their fingers, allowing it to die a less painful death. Tuvans make sure they use the entire sheep: they harvest the hide, meat, and entrails, letting no part of the animal go to waste. “Khoj özeeri” encapsulates everything it took us three sentences to describe. It doesn’t just mean slaughter but also kindness and humaneness. Further, it implies that one’s treatment of animals is also a measure of one’s character. From this point of view, “khoj özeeri,” is untranslatable. Furthermore, it tells non-Tuvans something distinct and valuable about the Tuvan way of life — an understanding that could be lost, if the language continues to fall out of use.

(What are some of the hardest words to translate into English? Click here to find out.)

Fortunately, linguists and researchers are working hard to catalog the world’s most threatened languages. Google, for example, is backing the Endangered Languages Project, an online catalog of rare languages. But there is still much work to be done. According to leading field linguist David Harrison, over 85 percent of the world’s languages have yet to be documented. Put another way, a massive treasure trove of different ways to understand the world are unrecorded and could vanish.

Have you ever had a chance to learn a rare or threatened language? Has a language that was once spoken by your family fallen out of use? Let us know, below.

Previous Do you ever wish you could eliminate some of the ambiguity in English? Read about a language that was created for that purpose. Next Learn The Strange Link Between The Letters C And G
RELATED POSTS

Home / Trending Words / What Is Lost When A Language Goes Extinct?