the study of elections.

What is the origin of psephology?

Psephology, “the study of elections,” comes from Greek psêphos “small stone, pebble.” (The Greeks used pebbles in counting and arithmetic functions; the ancient Athenians also used pebbles to cast votes in elections and trials.) The element –logy is the completely naturalized combining form used in the names of sciences (geology, biology) and bodies of knowledge (theology, astrology). The 20th-century British historian R.B. McCallum wrote in a personal letter that while with C.S. Lewis and other heavy-hitting philologists, he proposed the term electionology, which so offended the sensibilities of Lewis and the others that they proposed the etymologically correct psephology, avoiding the dreadful Latin-Greek hybrid. Psephology entered English in the mid-20th century.

how is psephology used?

You don’t need a degree in psephology from the Kennedy School of Government to figure out that without the female vote and the male vote it’s hard to be elected President.

Nathaniel Rakich, "Be Skeptical of Anyone Who Tells You They Know How Democrats Can Win In November," FiveThirtyEight, April 2, 2018

SYNONYM OF THE DAY
Double your word knowledge with the Synonym of the Day!
SEE TODAY'S SYNONYM
Load More
Oct 20 desideratum
Oct 22 psephology
Word of the Day Calendar 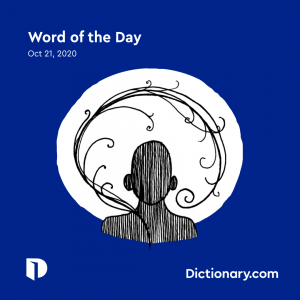