What does GGG mean?

GGG is an abbreviation for “good, giving, and game.” The acronym refers to the advice that those seeking healthy sexual relationships should strive to be good in bed, willing to give equal time and energy to their partner’s pleasure, and game for anything (within reason).

pillow princess, cock ring, I love you to the moon and back, if you can't handle me at my worst

Where does GGG come from? 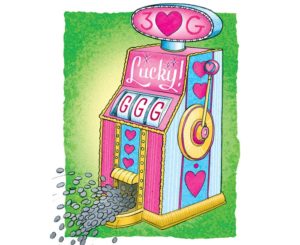 Journalist and LGBT activist Dan Savage coined the term GGG over the course of writing “Savage Love,” his widely read relationship and sex advice column for alternative Seattle-based newspaper The Stranger. Due to the column’s popularity and widespread syndication, awareness of the term became widespread and popular across the nation. GGG is usually used to describe people who may not necessarily describe themselves as “kinky,” but are open to trying new things in bed beyond their comfort zone.

So Dan Savage may be right – there are benefits to being GGG.
Amy Muise, Ph. D, “Are You GGG?” Psychology Today, August 31, 2012
Five years ago, sex columnist Dan Savage suggested that, when it comes to sex, we should all aim to be GGG...
Debby Herbineck, “Science proves it: Dan Savage is right,” Salon, September 11, 2012
According to radio host and sex columnist Dan Savage, you’re a good sexual partner if you’re GGG — good, giving, and game. That is to say, good in bed, giving of equal time and pleasure, and game for anything, within reason. To me, Nick represents these things — he places a value on sex, especially in a relationship, and he seems to be down for whatever.
Lindsay Denninger, “Did Nick Have Sex In The Fantasy Suites? This 'Bachelor' Tradition Is Still None Of Our Business,” Bustle, February 20, 2017
SEE MORE EXAMPLES

In conversation and in writing, the term GGG is generally used as an adjective. 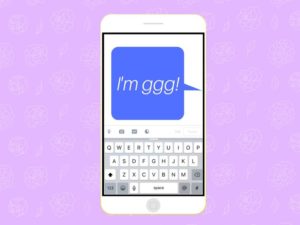 In a Savage Love column from January 2004, Savage mentions GGG for the first time, discussing how his readers misinterpreted his call for people to be “good, giving, and game.” He writes: “While I think people should be GGG in the sack, I didn’t say ‘game for anything.’”

The term has sparked inspiration in many forms, from the “GGG Cocktail” recipe (a gin ginger gimlet) from the media company GOOD to a “How GGG Are You?” quiz on the dating site OKCupid. The quiz includes questions based on various sexual scenarios and how the test-taker would react to bondage, whips, pornography, gender-swapping, and food play.

This is not meant to be a formal definition of GGG like most terms we define on Dictionary.com, but is rather an informal word summary that hopefully touches upon the key aspects of the meaning and usage of GGG that will help our users expand their word mastery.