Feedback
Previous What Is The Medical Term For People Who Shop Too Much? Next “Psychopath” vs. “Sociopath”: Is There A Difference?

Are these adorable shaggy mammals popping up across home goods, clothing, and toys llamas? Or are these sweet, fluffy creatures that people adore called alpacas? And what’s the difference between the two?

Despite being commonly mixed up, llamas and alpacas are two distinct animals with several defining features. Let’s take a closer look.

What is an alpaca? 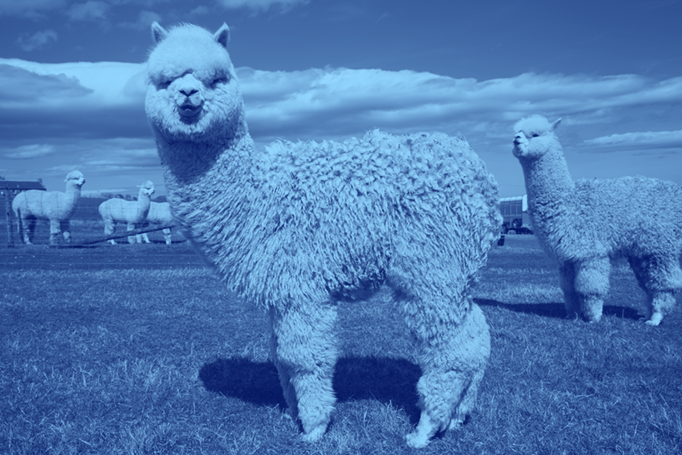 An alpaca is a domesticated mammal from South America. This ruminant, or cloven-hoofed and cud-chewing mammal, is also known as Lama pacos.

Although related to the camel family, alpacas don’t have the characteristic humps. Instead, they are slender with soft, silky fleece. Their coveted fleece is made into a fabric or yarn because it is lightweight yet strong and provides impressive insulation. Alpacas are typically found in southern Peru or western Bolivia and some are bred for fleece production.

Alpaca can also refer to the specific fleece made from their hair: a glossy, commonly black woolen fabric with cotton warp.

Alpacas are part of the lamoid species which also includes llamas, guanacos, and vicuña. The first recorded use of alpaca in English dates back to around 1805–15, and this word originated from the Spanish word alpaca. It is believed to stem from allpaqa, the Aymara word used by the Indigenous people living in the mountainous regions of Bolivia and Peru to refer to the animal, which is also related to the Quechua p’ake (“yellowish-red”).

What is a llama? 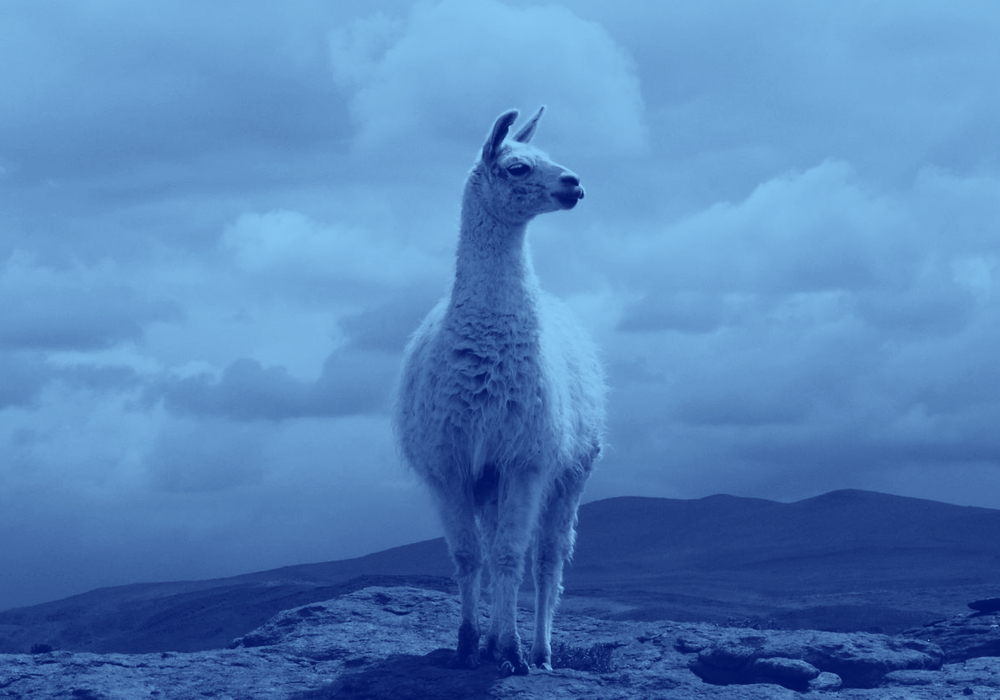 Like alpacas, llamas are part of the lamoid species and are also closely related to camels. However, they have coarse fleece that is considered less desirable than an alpaca‘s wool. These are also domesticated mammals from South America and are typically found in Bolivia, Peru, Ecuador, Chile, and Argentina.

The use of llama in English dates back to 1590–1600. It stems from the animal’s Spanish name, llama, which was itself borrowed by Spanish colonialists from the Quechua word llama.

How to tell alpacas and llamas apart

Although these mammals are closely related, there are a few distinguishing characteristics that help make it easy to tell them apart.

To start, llamas are much larger than alpacas. As the biggest lamoid, some llamas can carry more than 130 pounds. Due to their strength as well as their endurance and thirst tolerance, llamas are used for transporting goods on a long-distance journey. They also have the reputation of being cranky, however they are typically gentle and only spit or become stubborn if they’re overworked. Their slender bodies do not have humps; instead, some of their defining features include a smaller head, larger pointed ears—some describe them as banana-shaped—and long necks.

On the other hand, alpacas are much smaller, typically weighing around 140 pounds versus a llama‘s 250 pounds.  Alpacas have shaggy wool that’s much finer and softer as well. Alpacas have small faces and shorter ears, and their faces are covered in fur. On the other hand, llamas have less fur on the face and longer snouts. Alpacas also tend to have a shyer disposition and aren’t typically used as pack animals.

The great animal debate continues with this discussion on the difference between rabbit, bunny, and hare.

Previous What Is The Medical Term For People Who Shop Too Much? Next “Psychopath” vs. “Sociopath”: Is There A Difference?
RELATED POSTS

Home / Word Facts / Mixed-up Meanings / What Is The Difference Between A Llama And An Alpaca?