What does 💣 Bomb emoji mean?

It’s about to go off! The bomb emoji, 💣, is used to emphasize that something is mind-blowing or amazing (i.e., explosive) or the slang bomb, especially for things like parties or lookin’ good.

It’s also used for news that may be shocking or clinching (i.e., a bombshell or boom, there is it). Occasionally, it’s used for actual explosives.

Where does 💣 Bomb emoji come from? 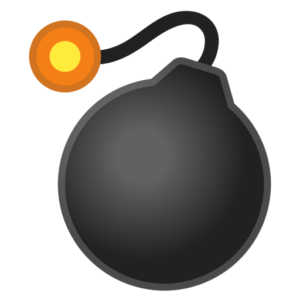 The bomb emoji was approved under Unicode 6.0 in 2010. Across platforms, it displays as a cartoon-styled, black sphere with a lit fuse, as if ready to go off.

After Apple changed its pistol emoji, 🔫, to a water gun in 2016, with other major vendors following suit, a meme arose of the bomb emoji joking that it was being replaced with a water balloon. 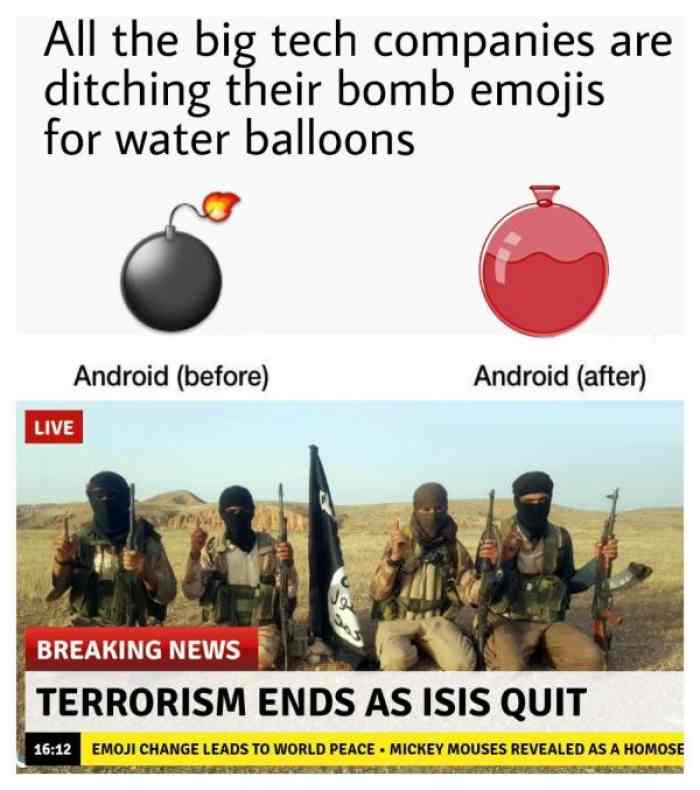 The bomb emoji can be used like the slang saying it’s the bomb, or “excellent” or “impressive.” That music festival your friend invited you to? It’s going to be 💣. Feeling like you look like a million bucks? You’re looking 💣.

Finally got some exciting or affirming news? Boom!, you might say … or use the bomb emoji. Scandalous or major news is also described as a bombshell, lending itself well to the bomb emoji.

👏🏼 big shoutout to these guys for making everything happen. major moves being made 👌🏼🙏🏼💅🏻💣💥 pic.twitter.com/prFSRRA2EG

💣 Rachel has a Bombshell Exclusive.Tonight an AUDIO Recording taken last Monday night at a Private Fundrasing Event for Kathry McMorris Rogers of Washington State. Rachel will post the audio. It's a bombshell. Devin Nunes was the guest speaker!💣

Explosive plays or wins in sports may also take to the bomb emoji, as may actual bomb squads.

Genuinely trying to become a better person. Plz nobody tempt me during this trying time 💣🔪🔫

This is not meant to be a formal definition of 💣 Bomb emoji like most terms we define on Dictionary.com, but is rather an informal word summary that hopefully touches upon the key aspects of the meaning and usage of 💣 Bomb emoji that will help our users expand their word mastery.