Feedback
Previous This Word Of The Day Quiz Is So Fun It's Almost Toyetic! Next Who Wrote The Alphabet Song?

English—is one of the most incredible, flavorfully-complex melting pots of linguistic ingredients from other countries that’s been left to simmer for (in some cases) centuries. These linguistic ingredients are called loanwords that have been borrowed and incorporated into English. The loanwords are oftentimes so common now, the foreign flavor has been completely lost on speakers.

What usually happens is that English speakers find a word in another language to describe something they don’t yet have a word for. So they “borrow” that word. Forever. That said, loanwords fall into two categories: popular loanwords and learned loanwords. Learned loanwords tend to come from scholarly or specialized fields, like medicine or law. It’s usually easier to see what language these words came from. English, for example, draws from Latin for a lot of medical and legal terms.

It’s not always that cut and dried, though. Sometimes it’s harder to see the line between popular and learned loanwords. The word ballet, for example, comes from French, and the terms for the different positions and steps in ballet have retained their original French names. In this case, ballet is a popular loanword. Most English speakers recognize the word as referring to a type of dance. However, the specialized terms in ballet could also be considered learned loanwords because they’re familiar to dancers and choreographers (who are skilled professionals), but largely unknown to people outside the field.

Loanwords make up 80% of English

What this means is that there is no such thing as pure English. English is a delectable, slow-cooked language of languages. As lexicographer Kory Stamper explains, “English has been borrowing words from other languages since its infancy.” As many as 350 other languages are represented and their linguistic contributions actually make up about 80% of English! 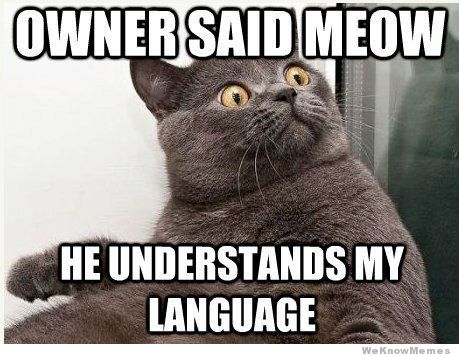 Taking a less charitable tack to describe the multilingual aspect of English, the writer James Nicoll said, “English doesn’t borrow from other languages. English follows other languages down dark alleys, knocks them over and goes through their pockets for loose grammar.” That’s certainly a grimmer view, but it’s a metaphor that when looking at certain periods of the history of English, especially during episodes of colonization by English-speakers around the world, rings true.

War is actually a way a lot of loanwords have come into English. Viking invasions of England during the Old English period brought Old Norse words like war and ugly. In 1066, the Normans (basically the French), led by William the Conqueror, invaded and took over the British Isles. That made French the language of the English court for hundreds of years. As many as 10,000 loanwords resulted from that period of English history. Interestingly, a lot of war-related words are loanwords.

Looking at the sheer multilingual complexity of English gives great insight into how richly flavored and inclusive the language really is. We’re sharing just a dash of some of the international linguistic ingredients that make English so special. Just know that the true recipe for English would fill countless volumes, and what we’ve got here is a pretty flavorless oversimplification by comparison!

Before we divulge some of the secret global ingredients of English, though, what exactly does borrowing and loaning mean when it comes to languages? These terms make it seem like a word is taken from one language by another for only a brief time and then returned to the lender (with interest?).

Obviously, this isn’t what happens. Using banking terminology may not be the best way to describe the exchange; influencing is probably a better way to conceptualize it. Nevertheless, linguists have been employing words like borrow and loan as metaphors to describe what amounts to be a very complicated and abstract process of exchanging words across cultures.

How does loaning words work?

Borrowing and lending of words happens because of cultural contact between two communities that speak different languages. Often, the dominant culture (or the culture perceived to have more prestige) lends more words than it borrows, so the process of exchange is usually asymmetrical.

A lot of the words that end up being loaned are part of the material culture of the dominant group. Food, plants, animals, and tools migrate with the groups that use them, and, of course, so do the words that describe those things. So, when other cultures come into contact with those new people and their objects and words, it’s no surprise that physical and linguistic exchanges take place. Because those objects already have names, the borrowing culture tends to adopt those names instead of inventing their own words.

The new loanwords that the receiving language incorporates into its lexicon usually start off sounding foreign and might only be used in certain pockets of the community until they gradually spread to more speakers over time. Pronunciation differences happen too, as the foreign word is phonologically reshaped so that it’s easier to say in the language that borrowed it through a process called naturalization or assimilation. 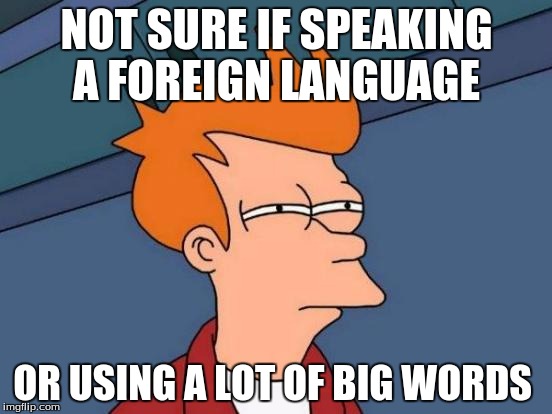 If a loanword is spoken by a large majority of people on a regular basis and its meaning no longer needs to be explained, then the word has been conventionalized. Loanwords can retain vestiges of their former selves (they can still be perceived as foreign in some way), or they can completely melt into the new language. Once the word no longer seems foreign, it is, in fact, a loanword.

WATCH: A Spanish Couple Explains How Tapas Are Different In Spain

Popular loanwords are everyday words. You might not even realize that some of them came from another language. Most popular loanwords are the result of cultural contact. Many of them describe food, the arts, and entertainment. You probably know sushi comes from Japanese, and taco comes from Spanish, by way of Mexico. But some other food-related loanwords you might have forgotten are pizza from Italian, lemon from Arabic, and tart from French (the French spell it tarte).

There are so many ways to showcase the global ingredients of English, but to really do it justice would take as many years as it took English to get to the rich stew it is now. So, the table below is our “fast food” version of the melting pot. It’s a super-simplified ingredient list with a smattering of words in English that have been borrowed from the different languages we listed above.

Keep in mind that because of this presentation format, we’re not able to tell the intricate stories of how and when these words were introduced into the English lexicon. That involves slow-cooking that we just don’t have time for! But, at the end, we list some great suggestions for where to find a fuller recipe.

As you’d imagine, learning about English’s loanwords from other languages is linked with the history of the English language itself. Because of its status as a global lingua franca, English is now much more of a lender than a borrower, but the ways in which English has contributed to other languages around the world is a recipe for another day. Though at a decreasing rate, English continues to borrow words in the 21st-century. Popular recent loanwords include Sudoku (the Japanese number puzzle appearing in the daily paper), wiki (a Hawaiian word describing a user-controlled website, i.e., Wikipedia), and latte (that Italian coffee drink with frothy milk that you need every morning so you can see straight).

If you want to explore these and many other global linguistic ingredients according to roughly when they were added to the melting pot (and what condition the world ‘kitchen’ was in, so to speak), check out Philip Durkin’s detailed analysis, Borrowed Words: A History of Loanwords in English. Durkin is the Deputy Chief Editor of the Oxford English Dictionary and his exploration describes the intricacies of loanwords in terms of the historical and linguistic landscape of English from its earliest stages to the present day. In a Slate article summarizing his findings, Durkin includes a fascinating timeline of all the lending-languages that have influenced English over the centuries. You can click across to view the different periods of English and the proportions of each linguistic ingredient added during that time.

For another accessible summary of major periods of borrowing in English, take a look at Rice University’s outline on loanwords.

And, the next time you encounter someone who claims English is pure and wants to keep it that way, tell them they have absolutely no idea what they’re talking about. In fact, now you have all the ingredients to back up your observation of how “tasteless” their statement is!

Also, if you want to see how English has influenced some other languages … like French … read through this piece: France And The Battle Of Mots De Prêt (Loanwords)

Previous This Word Of The Day Quiz Is So Fun It's Almost Toyetic! Next Who Wrote The Alphabet Song?
RELATED POSTS

Home / Word Facts / Word Origins / Which Words Did English Take From Other Languages?