Feedback
Previous What Is A Manic Pixie Dream Girl? Next Hidden Meanings Of “Ring Around The Rosie” And Other Rhymes

To help kick off the new academic year, we asked college students who use Dictionary.com to share slang they’ve heard around campus. We received more than 2200 responses in only a few days. Notable themes we noticed include the supernatural, food, and making out. We’ve highlighted our favorite responses below. Are you familiar with the following terms? What other slang terms have you come across in the context of collegiate life?

Netflixer: Is there a term to describe a “class so easy, most people watch Netflix during it”? CL of Bridgewater College thinks so. We’re going to give CL the benefit of the doubt and assume that Netflixing is a hypothetical concept, and that no student has ever actually done this.

Snoozer/Sleeper: As with Netflixer, we’re going to hope this term is hypothetical and that the students who submitted this answer would never actually sleep in class. The term sleeper can also refer to a spy, as in sleeper agent. That particular use has been around since the 1950s. 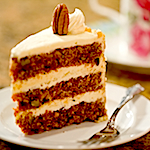 Cakewalk: We also found that many students gravitated toward food-related expressions to describe an easy course. In this category people responded with cakewalk/piece of cake, cheese class, gravy, peanuts, and butter. Cakewalk caught our eye; originally cakewalk referred to a dance competition in which the couple with the most intricate or eccentric steps received a cake as a prize. This term first arose in the 1860s and is of black American origin.

Underwater Basket Weaving: One answer that came up several times was underwater basket weaving. This term has been around for a while, since the mid-1900s. It refers to an easy or useless college course. Other variations of this term were basket weaving 101 and underwater fire prevention.

Mickey Mouse: In the UK, sometimes students call an easy course a Mickey Mouse course. We wonder how Minnie Mouse would feel about this.

Buldge: Bludge or a bludge subject is commonly used among our Australian respondents to refer to a class that requires no work. Callum K. at the Australian Institute of Music gave us an example of how students use this term in a sentence: “That class is a bludge.”

Because college students tend to keep odd hours, it’s no surprise that they have many words in their lexicon referring to late-night studying. The following responses evoked nocturnal monsters and Kanye West.

All-nighter: The most popular responses, by far, were variations of pulling an all-nighter. Daniel F. at the University of Queensland added that while all-nighters usually refer to studying, it can be applied to anything.

Marathoning: Some students called this study habit a marathon or marathoning, a term that can also apply to the binge-watching of television shows. Paige S. at the University of Mississippi says: “‘Studying’ all night is just busy being distracted when you should be studying.”

Zombies: Another group of responses pointed to nocturnal monsters. Zombie, zombify, and zombie hours, all came up in the context of all-nighters. 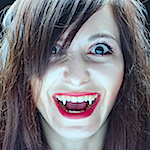 Vampires: Several variations on these nocturnal, exsanguinating creatures, including vamping, vampin’, vamp’d up, and vamp, came up in the survey. In this context, vamp is short for vampire, but vamp has be used to refer to many different things over the years, including the front part of a boot, a seductive woman who uses her sensuality to exploit men, and a volunteer fireman. In the context of studying, however, the students use vamp to refer to the fact that vampires sleep during the day and do their work at night. Several students suggested that they use these terms describing creatures of the night because they look undead the morning after pulling an all-nighter.

Going HAM/HAM session: A few students opted for the explicit acronym popularized by Kanye West and Jay-Z in the 2011 song “H•A•M.” In the academic context, going ham means: “no sleep at all, just studying hard and giving it your all to stay awake,” according to Martay E. at Dickinson State University. 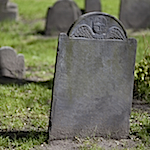 Sometimes test results can feel like a matter of life and death. Our users submitted some pretty grim terms they use to describe tests that leave them feeling less than confident. Alex C. over at Indiana University – Purdue University Indianapolis calls a hard test a GPA killer or a bloodbath. A hard test, according to Iris B. at Queen Margaret University, is called a death trap. Many students called a difficult test a bomb, which also happens to be a term students use to describe a wild party. This goes to prove that in realm of college slang, context is king.

We asked one open-ended question in our college slang survey, which unearthed some of our favorite responses, including a few fun acronyms and a new use of the verb to have.

NCMO: This acronym meaning “noncommittal make-out” was submitted by several students who attend Brigham Young University. It seems that this acronym is, at least sometimes, pronounced aloud, as some students spell it NiCMO or nicmo. Have you seen this term outside of BYU? 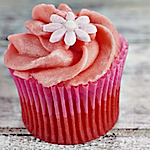 Cupcaking: Ziris S. at North Carolina A&T State University described cupcaking as “when two people are caught talking or flirting with each other.” This seems appropriate as cupcakes are undoubtedly the most flirtatious baked good.

Traying: Students in colder climates often refer to “sledding down a snow-covered hill on a dining hall trays” as traying, according to Florence W. of Carleton College.

NARP: Another term that came up in our survey is NARP, an acronym meaning “non-athletic regular person.” A.R. from Emory University further defines a NARP as “someone who doesn’t play a varsity sport.” Sorry, intramural kickballers, you’re all NARPs. All of you.

Soil Mate: Perhaps our favorite response came from Alec M. at Michigan State University. He explained many slang terms used within the food horticulture program. He writes: “On Valentine’s Day, we had an event at the Student Organic Farm called ‘Weed Dating’ where you would weed a bed of veggies across from a new person, and you would rotate every couple of minutes. The purpose was to find your ‘soil mate.’ There are a truly surprising number of suggestive horticultural terms.” Sounds like horticultural students have all the fun.

The Dungeon: Kris C. at Georgia Institute of Technology wrote to us about a basement computer cluster for ChemE students on campus colloquially known by students the Dungeon: “It has no windows. Students often end up there for entire days and don’t realize it’s morning again until they go outside.” Sounds pretty intense.

Having: Michael S. at the University of Minnesota Duluth told us about a new use of the verb to have: “‘Having’ is a term most commonly used when describing the consumption of a good or service (i.e. We really had it last night at that party.)”

Previous What Is A Manic Pixie Dream Girl? Next Hidden Meanings Of “Ring Around The Rosie” And Other Rhymes
RELATED POSTS