The emoji represents people who are blind or visually impaired. 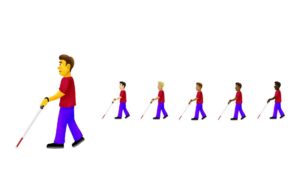 In 2019, Unicode approved, under Emoji 12.0, a host of accessibility-based emoji to represent people with and aspects of various disabilities, such as guide dogs, hearing aids, and people who are deaf, use wheelchairs, or are blind or vision-impaired. 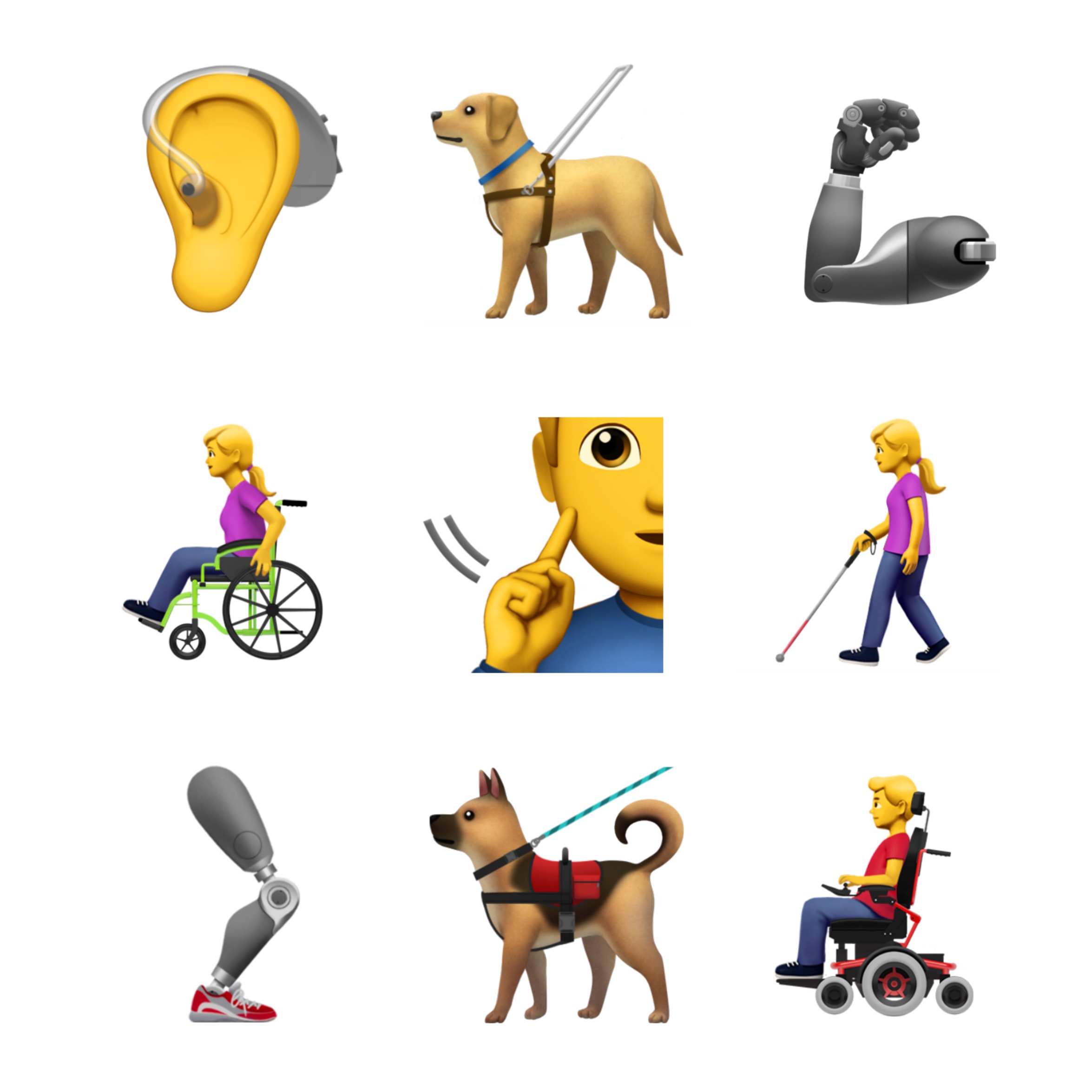 As with many human-based emoji, these emoji display with a default yellow skin and hair, but skin-tone modifiers are available. 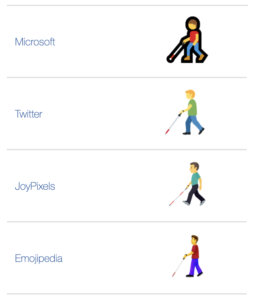 People who are blind or visually impaired have long used various staffs and canes for orientation and mobility, though the white cane became standard after World War I. It has since become a widely used assistive technology, and commonly recognized that a person using one is blind or has trouble seeing.

✅ Approved in #emoji12: Man With Probing Cane
@emojipedia, February, 2019
Unicode version 12.0 adds dozens of new emoji to the pictures you can choose from when sending text messages or chatting on your device ranging from waffles to a sloth. Also included in this round are a variety of new emojis to represent the disability community, including a guide dog and service dog (yes, they make a distinction), and a man and woman holding a cane, oddly referred to as a probing cane.
J.J. Meddaugh, Blind Bargains, February, 2019

The accessibility emoji added in 2019 were widely hailed for their inclusivity. As major vendors implement these new emoji throughout 2019, expect man (and woman) with probing cane to be variously used to represent, as its design intends, people who are blind, visually impaired, or otherwise need an assistive technology like a cane.