Feedback
Thanks, Obama
The Duck Song

the cake is a lie

What does the cake is a lie mean?

Sonny, let me tell you about the memes from back in the day. The cake is a lie is a 2000s meme based on the video game, Portal, and used for a false promise, temptation, or trap deluding someone into their own ruin.

While it quickly went viral, it’s now joked about as a meme that has gotten old.

dank meme, It’s a trap, One does not simply, Y U NO, honey badger

Where does the cake is a lie come from? 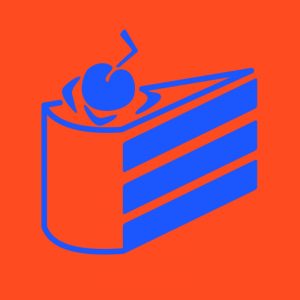 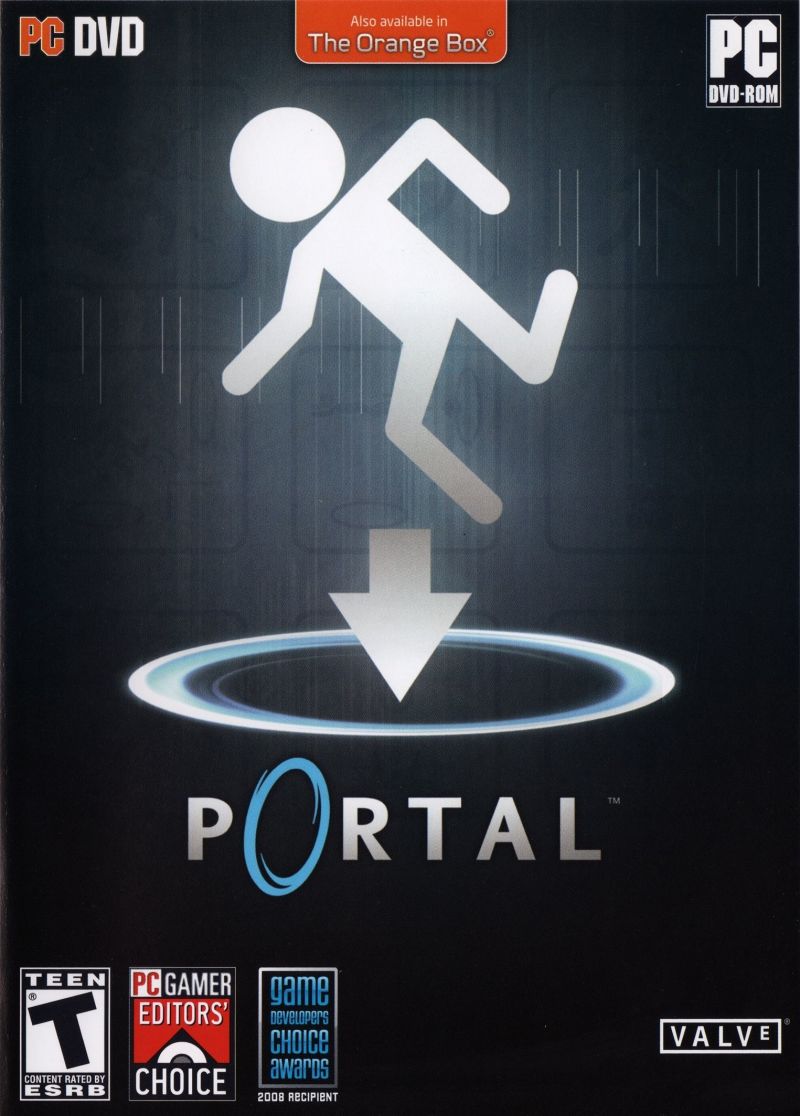 Spoiler alert … for an 11-year-old video game. You have been warned.

The cake is a lie is a memetic phrase originating from the 2007 video game, Portal. In the game, the player character, Chell, is tasked with testing out an experimental gun that creates portals. Chell is given orders by an AI named GLaDOS. GLaDOS starts out helpful and supportive, even promising Chell that she will receive cake at the end of the tests.

As the game goes on, GLaDOS becomes more mean-spirited and spiteful, insulting Chell as an orphan who has no friends. The tests also become increasingly dangerous, involving things like traversing acid. Once all of the tests are completed, GLaDOS congratulates the player and supposedly begins preparations for a party with the promised cake. But in reality, GLaDOS attempts to kill Chell by lowering her into a furnace. Chell escapes and, along the way, finds graffiti from past test subjects that GLaDOS had killed. Among them, the phrase the cake is a lie is madly scrawled on the walls.

After the release of the game, the cake is a lie became a popular catchphrase shared among Portal players. Via gaming forums, the phrase spread virally and took on a new sense of a false promise, trap, or delusion. The cake is a lie was shared so often and used in so many memes that it was already appearing on T-Shirts and alluded to in other video games not even a year after Portal’s release. 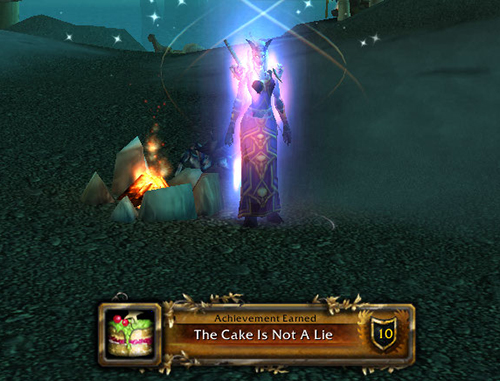 By 2010, the cake is a lie meme had been so widely used that Portal head writer Erik Wolpaw said he would make no reference to it in his sequel, Portal 2, because he was so tired of it. So, too, was the contemporary internet, where the cake is a lie became considered an unhip “dead meme,” with anyone using it unironically perceived as out-of-touch with internet culture.

Examples of the cake is a lie

sees a "the cake is a lie" joke in relation to the upcoming Splatfest and feels myself transported in time to ten years ago
@starpopfever, July, 2017 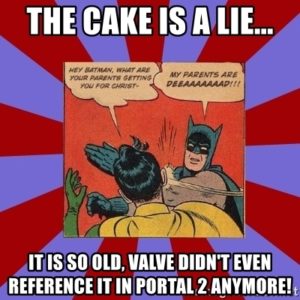 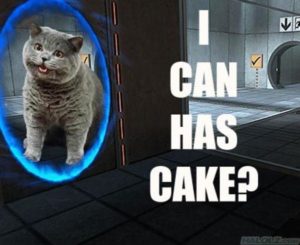 Who uses the cake is a lie?

For gamers, the phrase the cake is a lie instantly calls up and is used to reference its source, Portal.

It's important you teach them at a young age that the cake is a lie. #Portal #videogames pic.twitter.com/4xtmn17EAG

Even in AR, the cake is a lie.

In internet culture, the cake is a lie immediately conjures up so-called “dead memes” and instances of it are mocked as passé.

Still, the internet continues to churn out new memes, and the cake is a lie gets remixed into them, if often with irony. 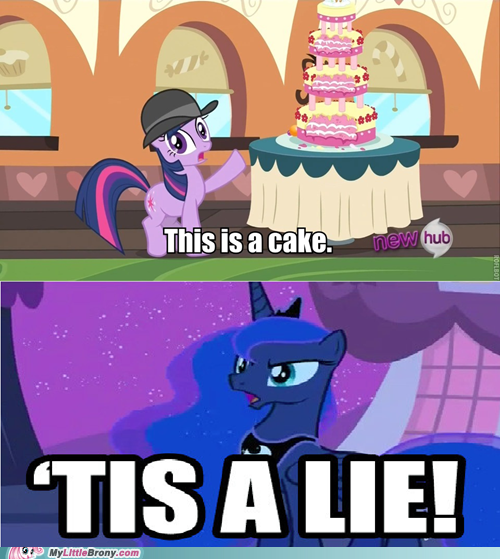 Occasionally, gaming and internet-culture writers will allude to the cake is a lie as a figure of speech for other, real-life treacherous tricks or traps or unattainable goals.

This is not meant to be a formal definition of the cake is a lie like most terms we define on Dictionary.com, but is rather an informal word summary that hopefully touches upon the key aspects of the meaning and usage of the cake is a lie that will help our users expand their word mastery.

Thanks, Obama
The Duck Song
Home / Words / Memes / the cake is a lie