What does Zionist mean?

A Zionist is a follower of Zionism, a movement that resulted in the establishment and development of the state of Israel. The term can be a neutral, positive, or offensive term for a Jewish Israeli nationalist.

Where does Zionist come from? 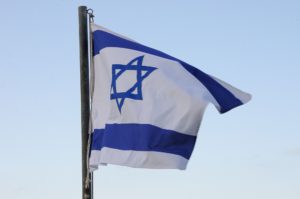 Zionist and Zionism are based on Zion, from a Hebrew name for a hill in Jerusalem, associated with the biblical City and Temple of David, central to Jewish history and religion.

Both Zionist and Zionism are credited to a Viennese Jewish nationalist university student, Nathan Birnbaum, in the 1890s. Well before him, a number of groups worked to encourage Jews to immigrate to Palestine—site of the historic Jewish Holy Land and its central Zion hill—to avoid anti-Semitism in Europe and return to their homeland. These groups collectively came to call themselves the Lovers of Zion. 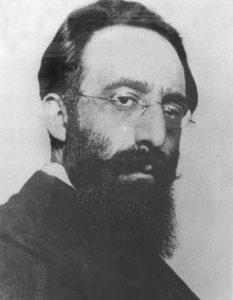 Zionism was cemented as the term for Jewish nationalism—as opposed to Judaism, for just the religion—in 1897 when activist Theodor Herzl helped create the World Zionist Organization, credited with starting the push that established the state of Israel in 1948. The organization declared its goal of securing a legal homeland for the Jews in the area of Palestine.

Zionist activism continued into the 20th century. The word Zionist became so closely associated with Jewish politics that anti-Semites weaponized up the term. The Protocols of the Learned Elders of Zion, for instance, was a hateful hoax starting in the early 1900s that notoriously fear-mongered a Jewish state in Palestine as just the first step toward a “masterplan of world domination.”

World War II and the Holocaust galvanized the Zionist movement, and in 1948, Zionism succeeded in the creation of Israel by the United Nations, who partitioned Palestine and created a Jewish state. Although this marked the completion of the principal Zionist goal, Zionism has evolved as a term for supporting Israel, especially in the context of the extremely fraught and complex conflict between the country and Palestine and neighboring Arabic states.

Though Zionists all agree that Israel should exist, they’ve long disagreed on what its government should look like.
Zack Beauchamp, Vox, May 2018
... it's been widely argued that the term "Zionist" has, in some circles, become a code word for "Jew" and that bigotry against Jewish people has been expressed using the language of anti-Zionism.
BBC, April 2016
Between World War I and the founding of the State of Israel in 1948, decisions were made by the Zionist Movement that continue to provide lessons fro the dilemma facing Israelis and Palestinians today.
Itzhak Galnoor, Israel Studies 2009
SEE MORE EXAMPLES

Zionist is a very loaded and complicated term. In line with its development, it can more generally refer to and be used by Jews, both secular and religious, who support a Jewish state in their historic Holy Land. However, some people use Zionist when denouncing Israeli actions in Palestine.

There is nothing brave about affirming the supremacist status quo. Belittling an occupied people's suffering and profiting off of their misery will never be a heroic, humanistic or artistic move

Others may use Zionist as an offensive, anti-Semitic blanket term for Jewish people more generally, often implying extreme nationalism or racial separatism.

Just to be clear, in the Daily Mail clip Corbyn is not criticising Israel or supporting Palestinians. He is saying that Zionists (read Jews) who have lived in England their whole lives are somehow not fully English in their sensibilities. He has to go.

This is not meant to be a formal definition of Zionist like most terms we define on Dictionary.com, but is rather an informal word summary that hopefully touches upon the key aspects of the meaning and usage of Zionist that will help our users expand their word mastery.