What does Ballmer Peak mean?

Where does Ballmer Peak come from? 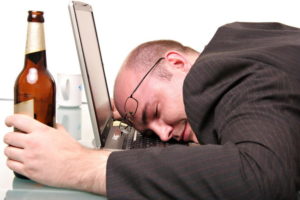 Ballmer Peak is the name (and subject) of the 323rd strip of the webcomic xkcd, published on October 1, 2007. The strip explains that, in the 1980s, Microsoft supposedly discovered that programmers will gain superior coding abilities if they have a blood-alcohol concentration between 0.129% and 0.138%. The comic plays with the fact that coding can be very tedious and frustrating, imagining that it drives programmers to drink and discover alcohol-fueled superpowers.

Randall Munroe, the author of xkcd, likely named the Ballmer Peak after Steve Ballmer, the CEO of Microsoft at the time the strip was published. Ballmer was famous for his high-energy, seemingly erratic behavior at speeches and presentations. Ballmer joined Microsoft in the 1980s but worked as an executive, not a programmer. A peak, here, is a “maximum point” (on a line graph) and may allude to relevant expressions like peak performance.

Surprisingly enough, a 2012 study by the University of Illinois seemed to support the theory behind the Ballmer Peak, as its results showed that drunker people (men, in the study) actually had better creative problem-solving skills compared to sober ones.

After the publication, the comic strip was shared on a variety of websites and was especially popular with programmers and others familiar with the challenges of coding.

Wasting my Ballmer peak on a nigh-endless defrag of my virtual machine's drive.

is the ballmer peak for debugging the same as for regular coding
@maybekatz, February 2016
I've found that taking a shot every time Chrome's @Adobe flash plugin crashes maintains the perfect Ballmer peak.
@koush, May 2015
The Ballmer Peak, a reference to Steve Ballmer of Microsoft, holds that imbibing alcohol improves cognitive ability, up to a point–a variation of the Yerkes-Dodson law, which shows a correlation between arousal and performance.
Adrianne Jeffries, Observer, April 2012
SEE MORE EXAMPLES

Xkcd is a very popular webcomic, especially among people who enjoy humor related to math, science, technology, and other topics. Because of its popularity, even non-programmers are aware of and may reference the supposed Ballmer Peak. The joke, however, has always been especially popular with programmers of various levels of sobriety.

tfw you blow past ballmer peak while knee deep in some gnarly code pic.twitter.com/AN9Cx8tgLp

Fridays are for finding where your team’s Ballmer peak is.

This is not meant to be a formal definition of Ballmer Peak like most terms we define on Dictionary.com, but is rather an informal word summary that hopefully touches upon the key aspects of the meaning and usage of Ballmer Peak that will help our users expand their word mastery.