What does "Happy Birthday" song mean?

The Duck Song, What Does the Fox Say?, We Are Number One, 🎂 Birthday Cake emoji

Where does “Happy Birthday” song come from? 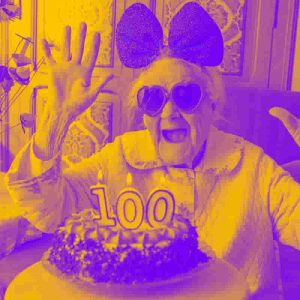 The “Happy Birthday” song, or “Happy Birthday to You,” is sung in English and in many other languages around the world. It is often said to be one of the world’s most recognized tunes.

The song is credited to Patty and Mildred Hill, two sisters and educators from Louisville, Kentucky, who said they wrote the song for schoolchildren in the 1890s. Originally called “Good Morning to All,” the song was sung by their students at the start of each school day. Patty Hill has noted that, on a child’s birthday, they would switch the lyrics to the now standard “Happy Birthday” song ones, which appeared in print by 1912. By the 1920s, the “Happy Birthday” song had spread to birthday parties across the U.S.

The copyright history of the “Happy Birthday” song is long, disputed, and complicated. It was first copyrighted (now without basis) in 1935 by a small publishing group, the Summy Company, in 1935, with music  credited to Preston Ware Orem and lyrics to R. R. Forman. In 1988, Warner Chappell Music acquired the company Summy Company had become and collected royalties for major media and public uses of the song—eventually amounting to millions each year. After lawsuits against the validity of their copyright, Warner Chappell Music released the “Happy Birthday” song into the public domain in 2016.

There is a traditional ritual to the Happy Birthday Song. At a point in a birthday party, everyone gathers into the same room, the lights are turned off, someone carries out a cake lit with candles, and people begin singing the “Happy Birthday” song, often with someone jovially adding “And many more!” or other, often humorous well wishes. The celebrants clap, and the birthday honoree blows out the candles, silently making a wish. Forms of this ritual are also done at restaurants and workplaces.

Proving the "Happy Birthday" song is for amateurs, Ariana Grande teased new music on her 25th birthday.
Brad Witter, Bustle, June 2018
... we see the waiters arriving with a huge cake and firework candles for the lady as all of them sing the ‘Happy Birthday song’ in the restaurant.
Deccan Chronicle, July 2018

The “Happy Birthday” song is a staple of birthdays both private and public, and has appeared in many forms in popular media and culture.

One of the most famous renditions of “Happy Birthday” song was by Marilyn Monroe to President John F. Kennedy in 1962, when she sang “Happy Birthday, Mr. President” … in a way that was definitely not suitable for schoolchildren.

Health professionals advise people to wash their hands for at least 20 seconds. Singing the “Happy Birthday” song or humming its melody twice is often advised as a way to help people ensure they are washing their hands for this proper length.

You're supposed to wash your hands for 20 sec, which is the time it takes to sing Happy Birthday twice. But I'm tired of singing Happy Birthday and you probably are too, so I've done the very important public service of compiling DAY6's songs with roughly 20 sec choruses to sing: