Everything After Z by Dictionary.com
Previous Word: Miss Mary Mack
Next Word: MMO-Champion

Jaquees & Chris Brown making a whole mixtape together 😩 lord.
@beaautyy_, January, 2018
Good news for Drake fans: the rapper says he's working on a new mixtape.
Mitchell Peters, Billboard, July, 2016
So my boyfriend is making me A mixtape with all the love songs we sing together in his car, for my new car ❤.
@yayadaquxxn, January, 2018

Where does mixtape come from? 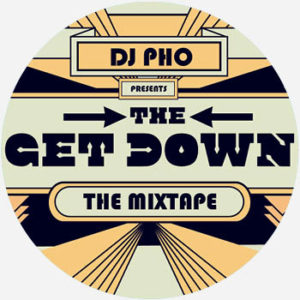 The art of creating mixtapes began in the 1970s, when cassette-tape recorders became available in the home market, giving music fans the tools to mix and match songs from different albums, thereby creating their own album on a handy portable cassette. It was super hi-tech.

The phrase mix tape dates back to at least 1974, where it appeared in Robert E. Runstein’s Modern Recording Techniques. The phrase mix tape soon became common enough to become its own, unhyphenated compound noun, mixtape. Moving up!

By the early 1990s, the term mixtape meant a collection of otherwise unrelated songs that an individual had organized onto one cassette tape. Later in the decade, it became popular for DJs to sell homemade mixtapes, collecting various artists together. 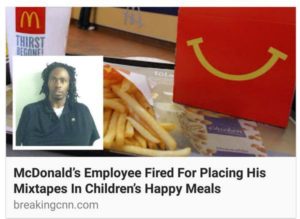 Around the same time, a different type of mixtape became connected with the burgeoning rap scene. Artist 50 Cent, who sometimes claims to have “invented the mixtape,” popularized a type of music release where he took the songs of other artists sans lyrics, rapped over them, and released these tracks as DIY mixtapes. 50 Cent’s impact here was huge, as according to DJ Drama, “there’s the mixtape game pre-50 Cent and post-50 Cent.”

In recent years, these homemade, lo-fi mixtapes have been largely replaced by polished, clean, studio-quality releases that artists put out between albums. Though the term mixtape traditionally referred to an old-school cassette tape, it now means any assortment of music compiled by an individual, whether that mixtape is on a tape, a CD, an SD card, or even a digital Spotify playlist. Mixtapes tend to have a theme, just so you know.

Anyone can make a mixtape, just by compiling a playlist of various songs. However, artists can also make their own mixtapes, even featuring original music. In this context, what separates a mixtape from an album is that mixtapes are casual, “homemade” assortments of music, put together by the artist themselves, and (usually) free for anyone to listen to. 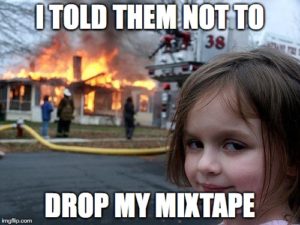 In contrast, albums are official studio creations, designed to generate income. Often, an artist might “drop their mixtape” onto the internet in the months leading up to their new album, hoping to generate new fans for the album’s release.