The Sundance Film Festival, or Sundance for short, is one of the world’s largest and most influential independent film festivals. It is held annually in Park City, Utah.

Sundance is known as a festival where independent filmmakers can screen their films to film industry executives, critics, and other industry members. This is often done with the goal of increasing publicity or securing wider distribution for the film, such as through a studio deal involving a wider theater release or distribution though a streaming service. The festival has a reputation for showcasing relatively low-budget films that feature innovations in filmmaking or that start new trends.

Sundance is held in mid-to-late-January and sometimes runs into February. It is usually around a week and half long, though the length of the festival varies.

Sundance 2022 is scheduled from January 20 to January 30, with events being held virtually.

Where does Sundance Film Festival come from? 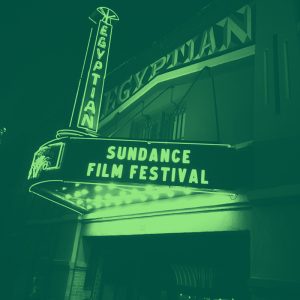 Sundance is an annual event of the Sundance Institute, a nonprofit organization founded by actor Robert Redford with the mission of supporting independent filmmaking. The organization takes its name from the Sundance ski resort, which was founded by Redford and is named after his role in the film Butch Cassidy and the Sundance Kid.

The festival was originally called the Utah/US Film Festival. Its name was changed to Sundance in the 1980s. Redford did not establish the festival, but was its first chairman.

The festival was originally held in Utah’s capital, Salt Lake City, but was later moved to Park City, where the Sundance resort is located. The festival is known for drawing celebrities and fans not only for independent film screenings but also for its ski resort atmosphere and exclusive parties.

More information and context on Sundance

What are other words used in discussion of Sundance?