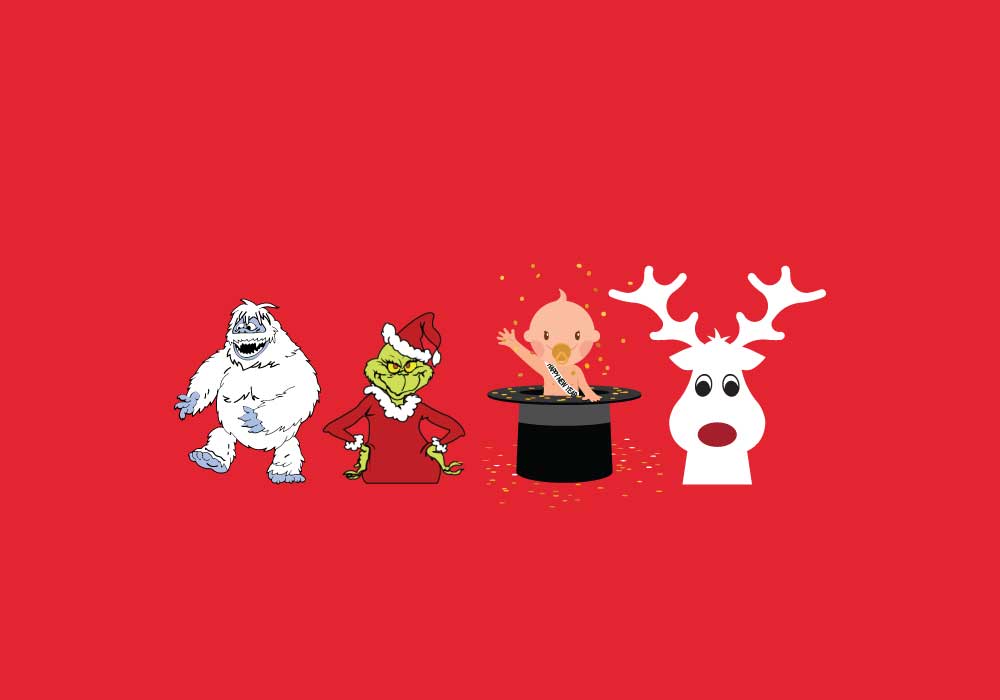 When it comes to Christmas, we all know Santa Claus, that white-bearded, big-bellied, reindeer-ridin' gift-giver from the North Pole.

But the holiday hosts a cast of other beloved characters. Some of them may be less familiar or have less name recognition than jolly old Saint Nicholas. Some of them are older than you might guess, with interesting origins. Yet others are far newer than you realize.

And then there are mythical figures, like the Krampus, that would have Santa scrambling back up the chimney! So, without further ado, here are some of the offbeat, lesser-known, or surprising characters of Christmastime. 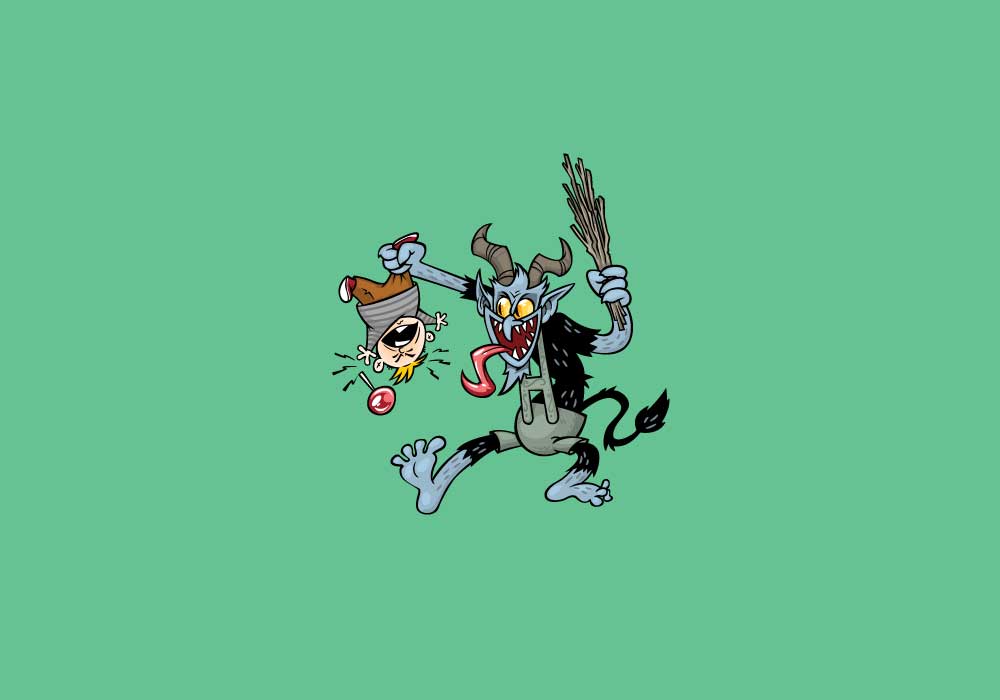 Krampus is the horrifying version of Saint Nicholas. He's one part demon, the other part goat. He's known to frighten children (or even beat them with birch branches) so they end up on the nice list. But if children are bad, Krampus is happy to pull them down to hell, where he resides.

His name is thought to originate from the German word Krampen, which means "claw." The German legend is that Krampus shows up on December 5th—Krampus Night—to see which children were bad before Saint Nicholas comes later that month to reward the good children with presents. 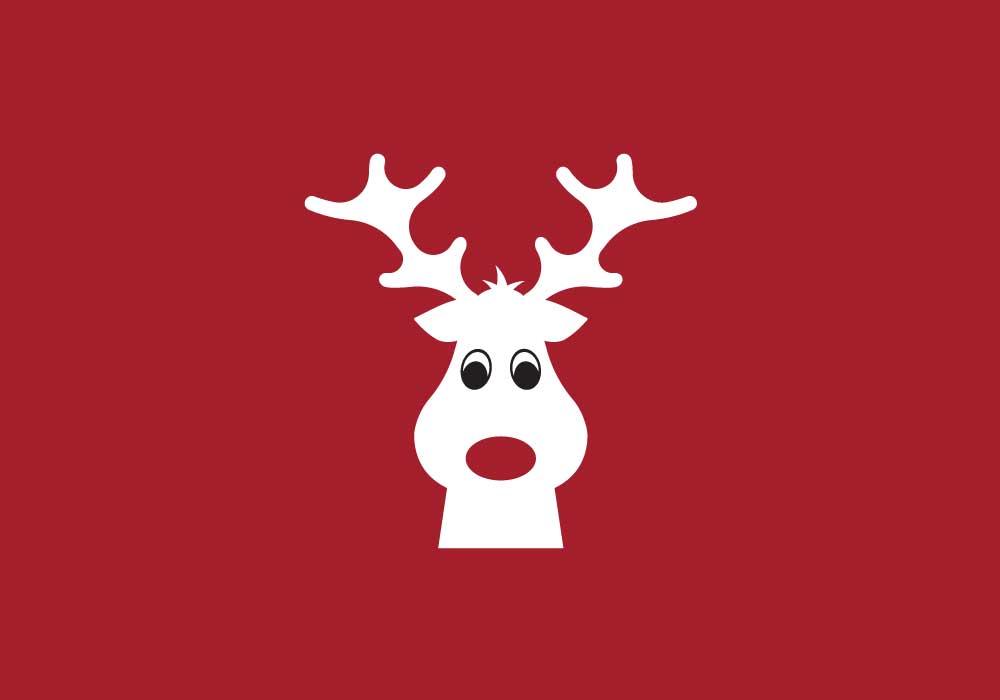 When you think of Rudolph the Red-Nosed Reindeer, you probably think of him leading the pack of Santa's sleigh with his bright nose. But, what's the real deal with this lovable Christmas character?

Robert L. May created Rudolph back in 1939 in a storybook for the department store Montgomery Ward gave to children on Christmas that year. May's brother-in-law composed a song for the character, famously performed by Gene Autry in 1949. Rudolph came to the screen in a 1964, stop-motion Christmas special, Rudolph the Red-Nosed Reindeer. The rest is Christmas history.

But, Rudolph could have gone by a different name! May also considered the names Rollo and Reginald. Good choice, Robert. 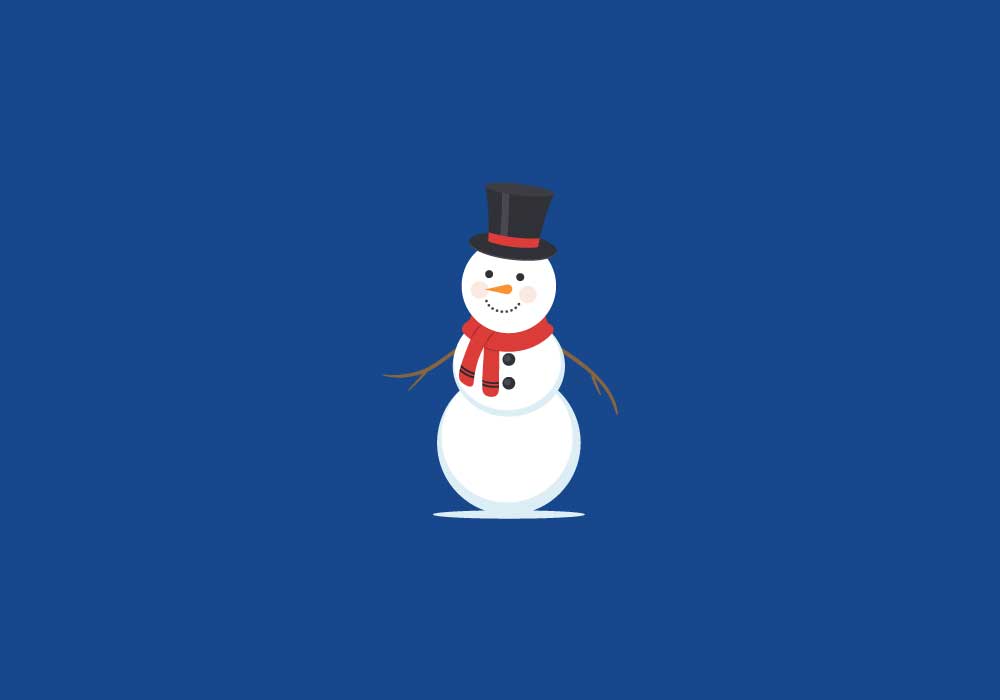 Like Rudolph, Frosty the Snowman is a beloved Christmas character with origins in song and animation. Again, Gene Autry helped make him famous when he recorded the now-classic song, "Frosty the Snowman," in 1950 (on the heels of his 1949 Rudolph hit).

Frosty literally came to life in a 1969 TV special, when local children put him together and placed a "magic hat" on his head.

Apparently, Frosty the Snowman wasn't originally a Christmas song—even though it's associated with the holiday today. There are no actual lyrics related to Christmas, just wintertime itself. But, the creators of the television show swapped out the last line of the song: "I’ll be back again some day" with "I’ll be back on Christmas day" to give it that festive feel.

Want to decode the meanings of other Christmas carols? Check out our investigation here. 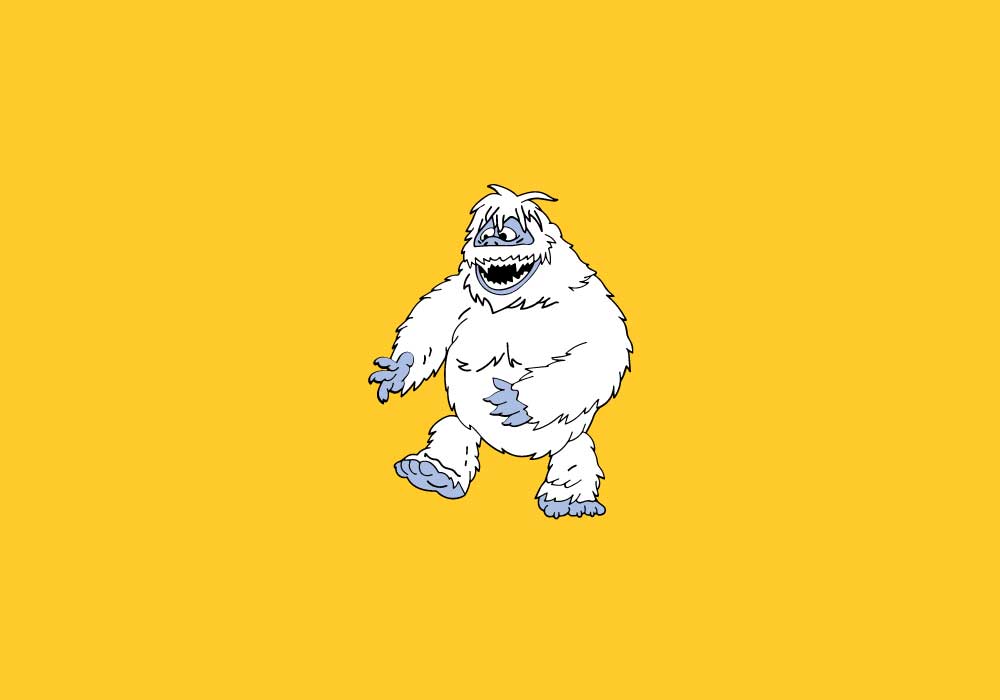 Speaking of snowmen, next up is the Abominable Snowman. Except this mythic snowman, unlike Frosty, isn't made of snow: It's a large, hairy, humanoid creature storied to live in the Himalayas.

The Abominable Snowman is also known as the yeti (among other names), from a word for the legendary creature in the Tibetan language of the Sherpas. The phrase Abominable Snowman came to be in 1921 from a bad translation of a Tibetan phrase following a Mount Everest expedition.

The problematic phrase was metoh kangmi: "filthy snowman." One reporter took the word for "filthy," however, as abominable: "repugnantly hateful; detestable; loathsome." But the phrase metoh kangmi was probably misrendered from the Tibetan mi t'om, meaning "man-bear," and k'ang mi, for "snowfield man."

Maybe Snowfield Man-bear doesn't have the same ring as Abominable Snowman, though we here at the dictionary value getting translations right—and love learning about different languages.

You might remember the Abominable Snowman by a different name: Bumble, which Rudolph and friends have to flee in that reindeer's 1964 stop-motion classic. 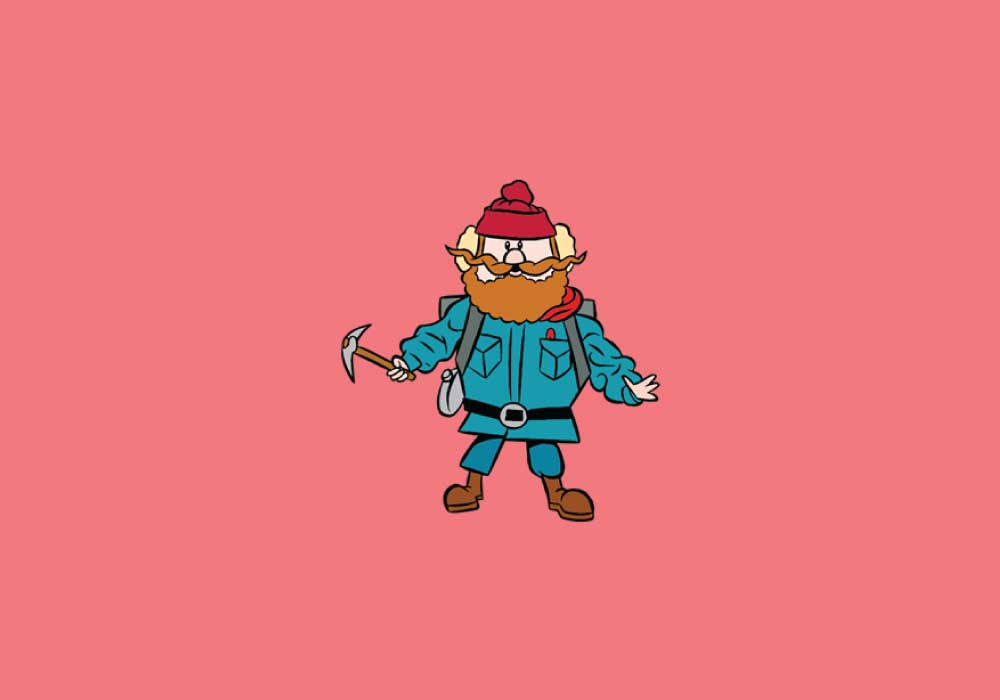 OK, just one more character from 1964's Rudolph the Red-Nosed Reindeer, we promise. The TV special is practically synonymous with Christmas for so many us. Plus, who can resist a name like Yukon Cornelius?

Yukon Cornelius is a big-bearded, pickax-wielding prospector, searching the arctic regions for silver and gold—thus the name Yukon, a territory far to the northwest of Canada known for its Klondike Gold Rush in 1897–99.

In the show, Yukon joins up with Rudolph during his adventures and eventually brings the Bumble, Abominable Snowman, into the fold. He never does strike gold—but, after such a story like this, who needs it?! 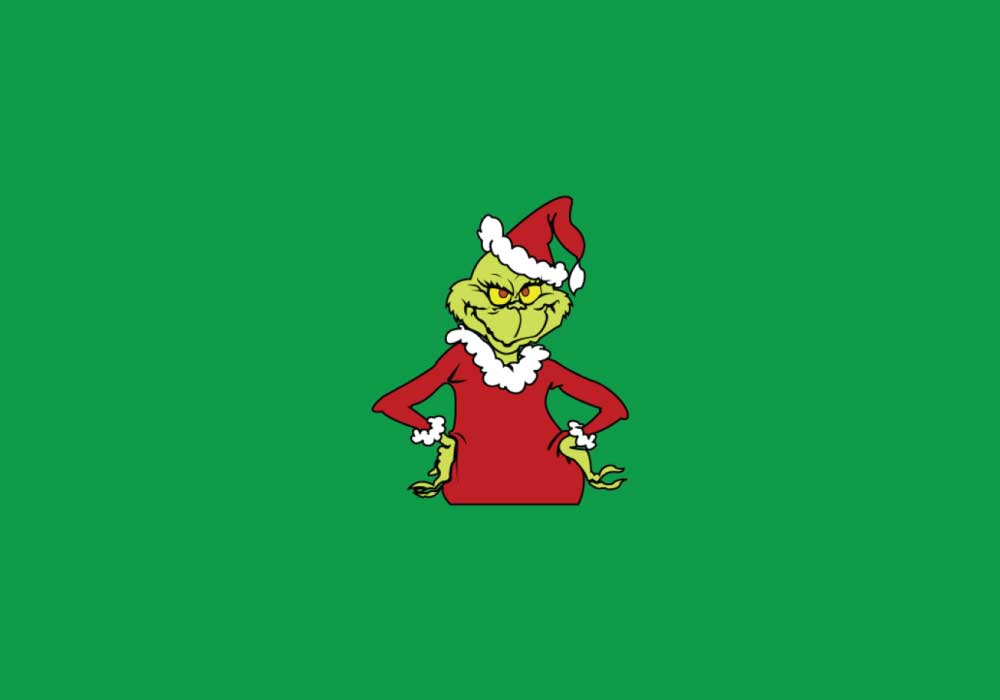 Dr. Seuss was the mastermind behind the cranky, green-haired character the Grinch. He wrote How the Grinch Stole Christmas in 1957. The Grinch (whose name basically means a total killjoy) is a loner, and a grumpy one at that, living high up on Mount Crumpit away from the others in Whoville. Yet, folks can't help but love this cranky character with a heart that's "two sizes too small."

Over the years, society has labeled one who doesn't like Christmas (or who isn't happy during the holiday season) as a grinch, usually spelled with a lowercase G. However, there's always the chance you'll help them change their ways—and help their heart grow a bit bigger, too.

Great trivia question! What's the name of the Grinch's dog?Max.

Want to learn more about the magical language of Dr. Seuss? Read our exploration here. 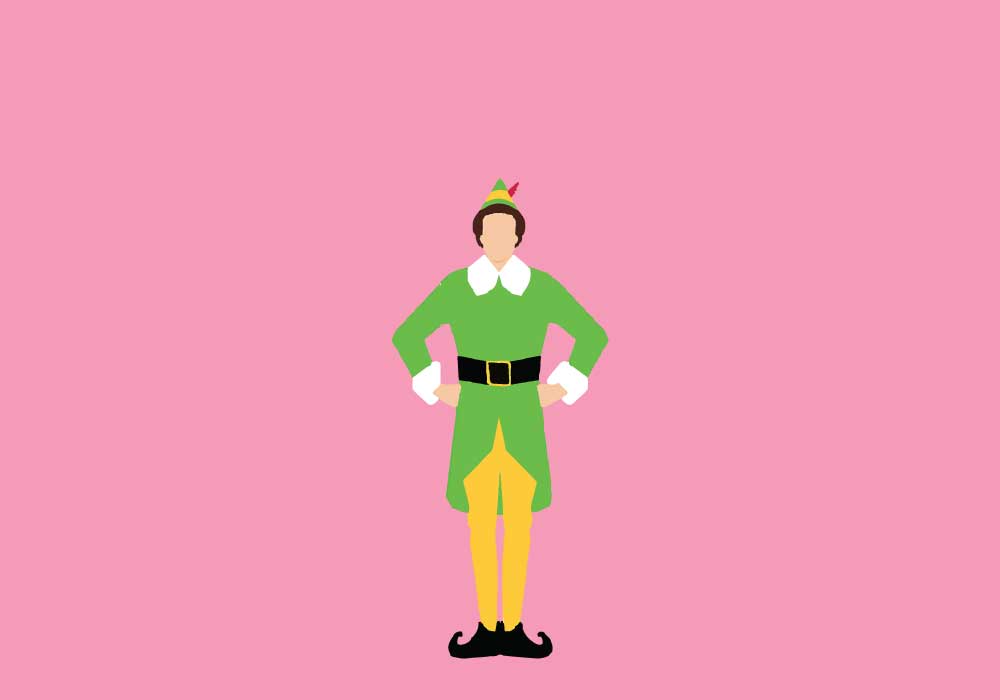 Buddy the Elf might not have been around for too long, but that doesn't diminish his stature as a holiday icon. The giddy, eager-to-please boy-raised-as-elf was created for the Christmas comedy Elf, played by Will Ferrell.Buddy, which means "a comrade or chum," is the perfect name for this Christmas-obsessed elf-child who brings joy to (almost) everyone he meets in New York City. And an elf is a mythical sprite or fairy, known to cause mischief to humans in folklore.

And, even though Buddy isn't the elf on the shelf, the book The Elf on the Shelf was written just two years after the movie's release. 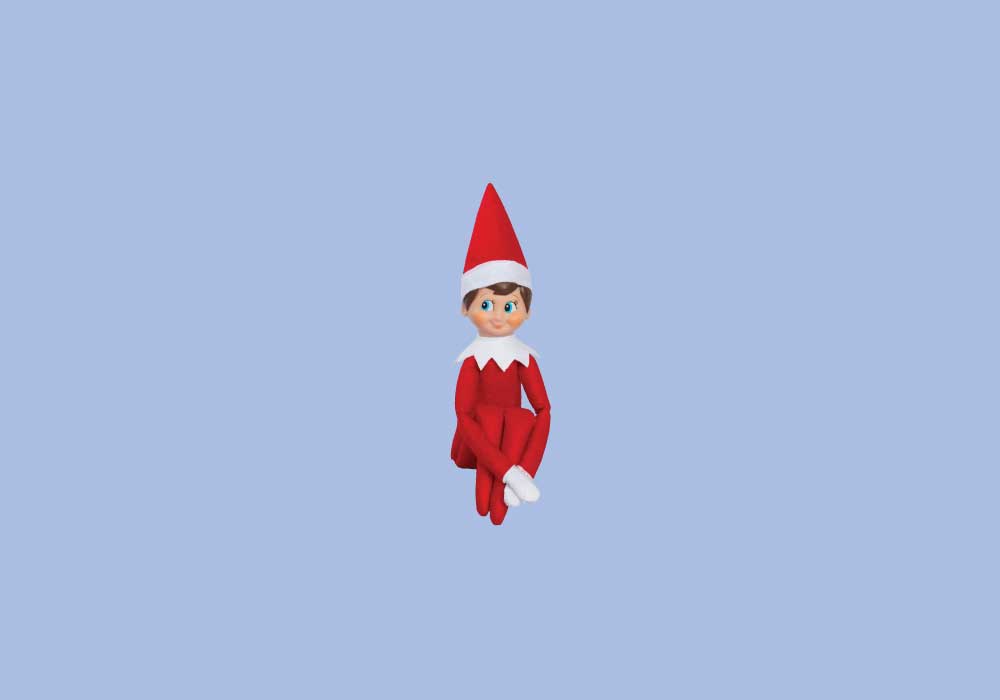 Elf on the Shelf

How about one more elf for good measure? No, we don't mean Hermey, the dentist-aspiring-elf from the already well-covered 1964 Rudolph the Red-Nosed Reindeer.Elf on the Shelf is one the newest characters to enter the Christmastime troupe. This elf looks like he's keeping a secret—and he is. He comes from a 2005 children's picture book and toy, Elf on the Shelf, that tells how Santa's elves keep tabs on whether children are naughty or nice by hiding all over the house.

The book was written by Carol Aebersold and one of her daughters, based on a family tradition. Now, their tradition has become part of many other families' traditions. 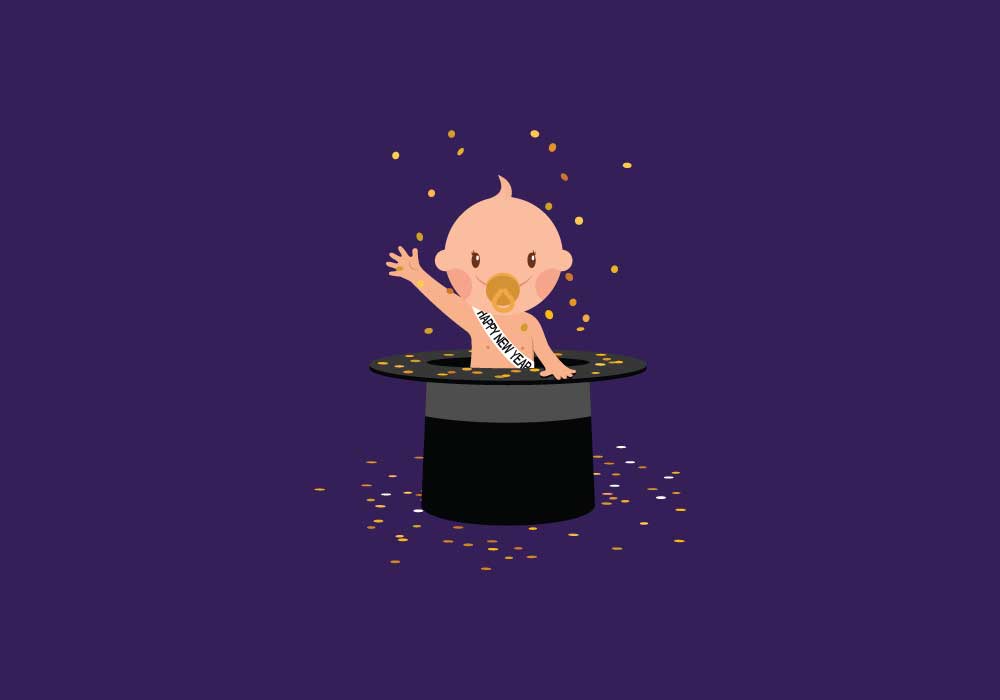 Baby New Year is a rather dapper character, sporting a top hat and sash while symbolizing something new and shiny—like a brand-spanking new year.

The exact origins of Baby New Year aren't clear, though its symbolism (new year, newborn) is clear. Between 1907–43, Joseph Christian Leyendecker illustrated New Year's babies for the Saturday Evening Post. These babies, sealed in some people's memories as Baby New Year, humorously commented on the events of the days.

Today, we see plenty of Baby New Year references on television, media, and at parties, when some adults dress in diapers and sashes in hopes of bringing in a fruitful new year.