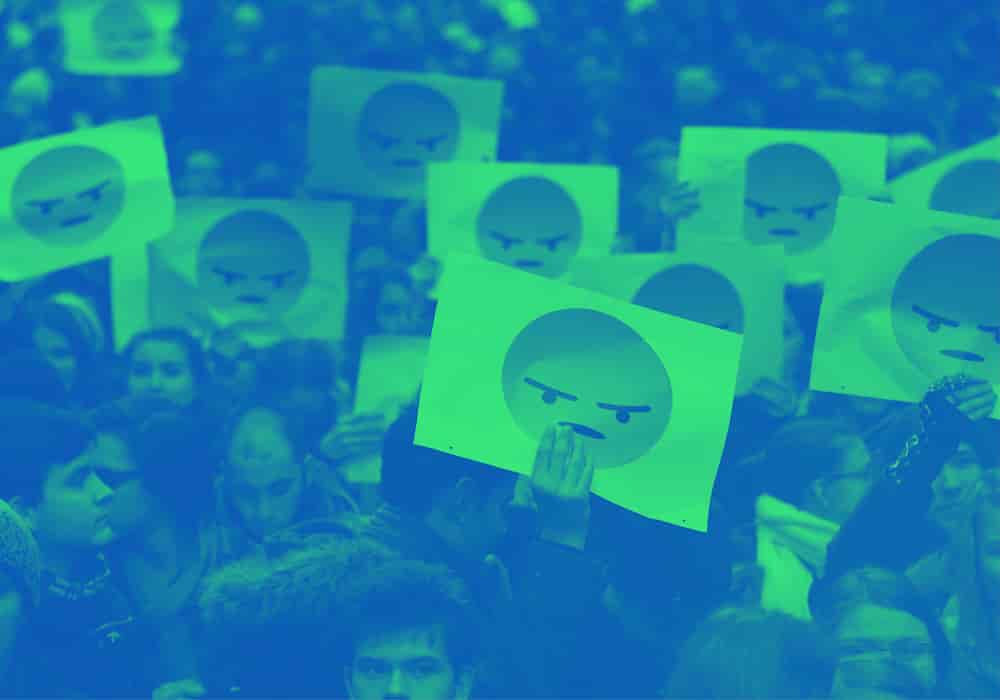 Have you ever wondered where emoji come from? Were they brought by storks? Did they spring fully formed from the Greek god Zeus's head? Well, no. Although those are all really good theories.

Emoji are agreed upon by the Unicode Consortium, a nonprofit organization that decides what flies and what doesn't when it comes to these tiny digital images. While the Consortium doesn't accept petitions, it does take proposals for new emoji ideas.

People often propose silly emoji that have little chance of getting approved (like a baby Yoda emoji, for example). But there are also campaigns that put forward serious proposals to increase representation, raise awareness of important issues, and serve the public health. These super emoji have origin stories that will surprise you. Here are a few. 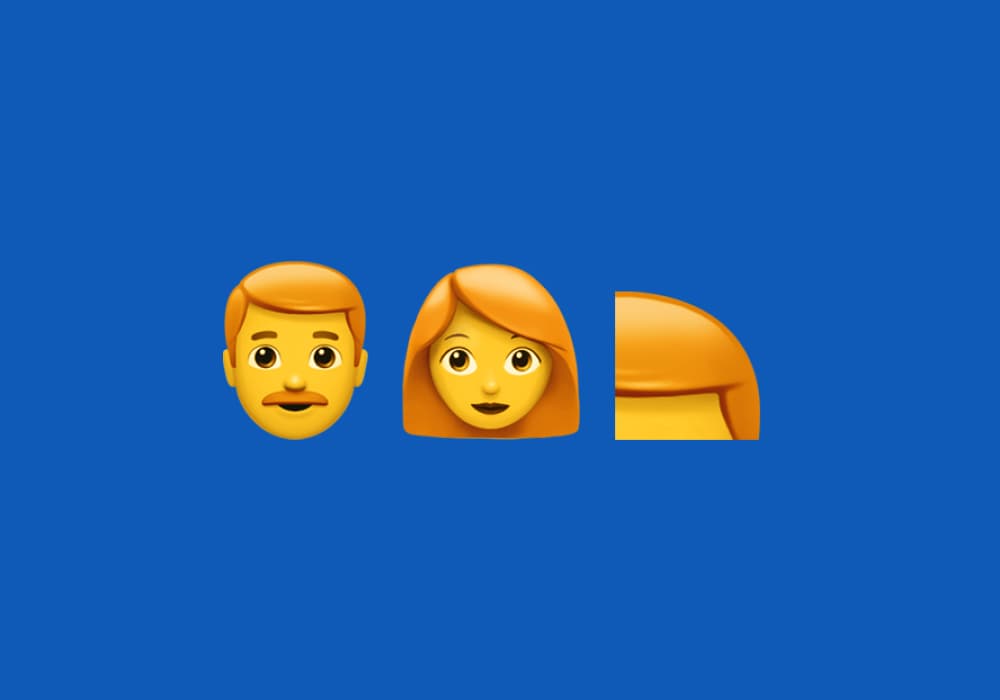 Red hair is the rarest hair type in the world (fewer than two percent of the population have it). Perhaps because it's so rare, there has long been subtle (or not-so-subtle) discrimination against people with red hair, known sometimes as gingers outside of the United States. When Unicode announced in 2014 a greater representation of people in emoji form, ginger activist Emma Kelly noted that they were leaving out redheads.

Kelly began to garner attention for the issue by writing blog posts, starting a petition, and talking to the media. By 2017, the Consortium had taken notice. In January of that year, they began to discuss how to incorporate redheads into emoji form. Over a year later, it was finally settled: red hair would be added as an "emoji component." In other words, a gender-neutral adult emoji (🧑) plus the red hair component (‍🦰) would create the person: red hair emoji 👩‍🦰.

In 2018, the component was rolled out for people to use. Redheads the world over (though, let's be honest, most of them were in Ireland and Scotland) rejoiced. 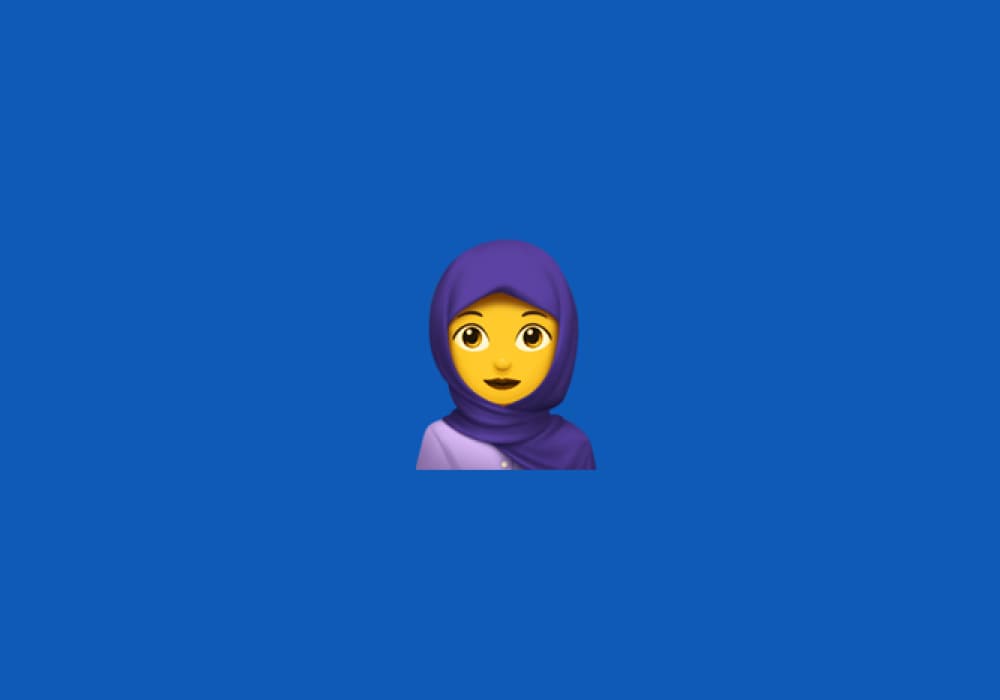 hijab or woman with headscarf emoji

WATCH: Who Created The Hijab Emoji?

There have been calls on social media for a hijab emoji since at least 2012, and suggestions to the Unicode Consortium for hijab emoji and emoji modifiers at least as far back as 2014.

The push to finally make it happen, however, was led by a young Muslim woman who wanted to see herself and the hijab-wearing women in her life represented in emoji. In September 2016, a 15-year-old girl named Rayouf Alhumedhi partnered with graphic designer Aphee Messer, community organizer Ayisha Irfan, Unicode Emoji subcommittee member Jennifer 8. Lee, and Reddit co-founder Alexis Ohanian to submit a detailed proposal for a hijab emoji to Unicode. This was bolstered by the launch of a website centered around the cause, an online petition, and a lot of press coverage, both in the US and abroad.

Unicode approved the woman with headscarf emoji 🧕 in May 2017 as part of their Emoji 5.0 set, and it was released in June 2017 as part of Unicode 10.0. The emoji is formed with a sequence of the woman emoji 👩 and scarf emoji 🧣, and modifiers are available for skin tone and gender. 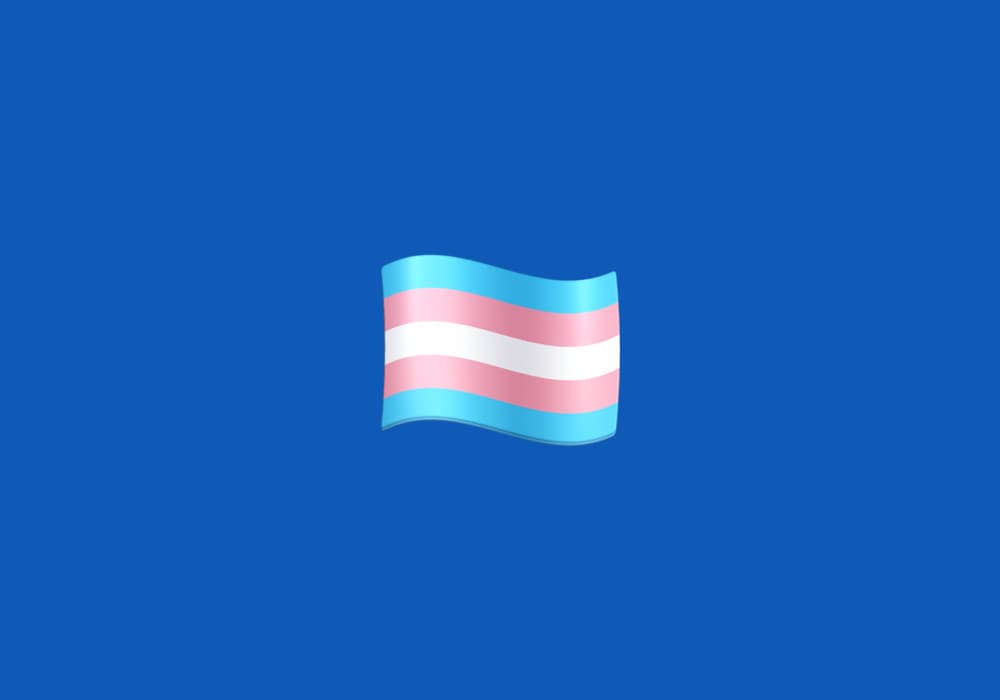 You're probably familiar with the rainbow flag emoji, also known as the pride flag emoji 🏳️‍🌈. The pride flag has been an emoji since 2016. Since then, trans activists and allies have been campaigning to get the transgender flag approved as an emoji.

The transgender flag was created in 1999 by Monica Helms for the Phoenix pride celebration in 2000. The top and bottom stripe is light blue, a traditional color for boys. The middle two stripes are light pink, symbolizing the female gender. The center stripe is white, for those who are intersex, fluid, or have no fixed gender. 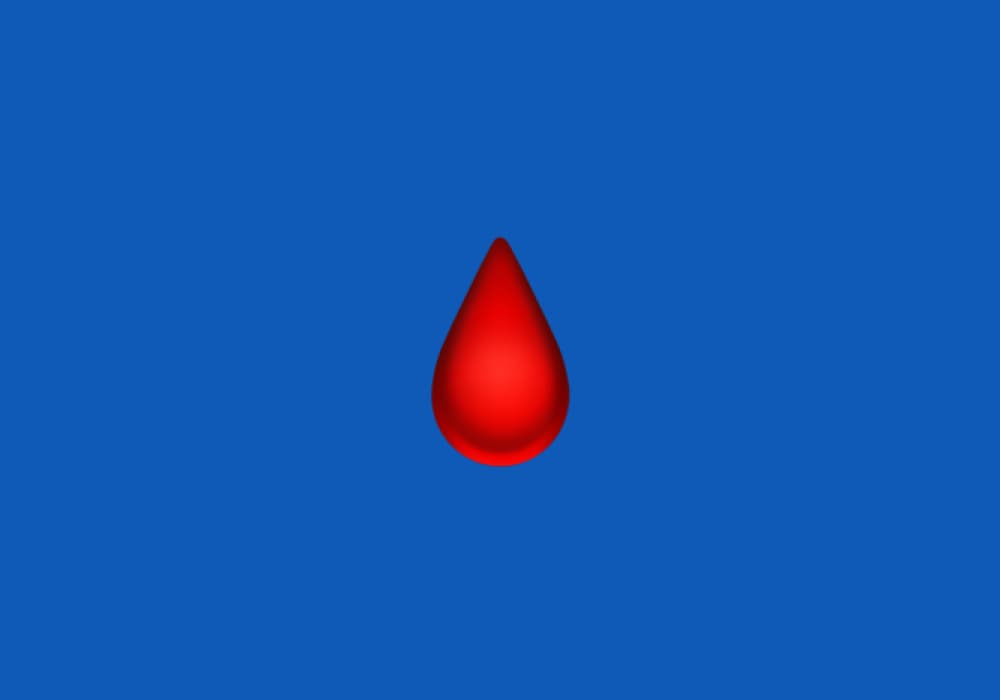 In many countries and cultures around the world, menstruation—getting your period—is shamed. To help reduce this stigma, the children’s rights nonprofit Plan International UK started advocating for what they called a #periodemoji in 2017.

They started a petition, asking supporters to vote for their favorite design for a period emoji. A design showing underwear with a blood droplet won, but wasn’t accepted by the Unicode Consortium, which approves and standardizes emoji.

So, Plan International UK came up with a plan B. They partnered with the UK’s National Health Service (NHS) Blood and Transplant services to develop a drop of blood emoji 🩸instead. That way, the emoji could be used more broadly, representing menstruation, blood transfers, and other blood-related topics.

Unicode approved this proposal, which was added under Emoji 12.0 in 2019. The drop of blood emoji shows a red drop of blood, like a red water drop. 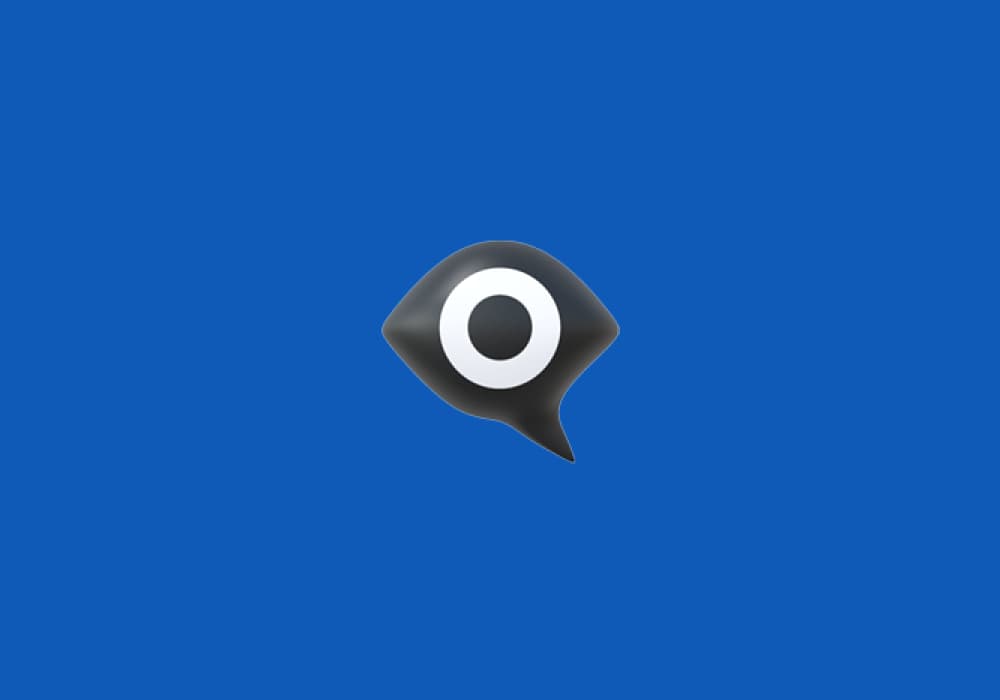 The eye in speech bubble emoji looks like it's watching you—and it has something to say. And that's exactly the point. This emoji was proposed by the Ad Council as part of the anti-bullying I Am a Witness campaign in 2014 and became an emoji in 2015. 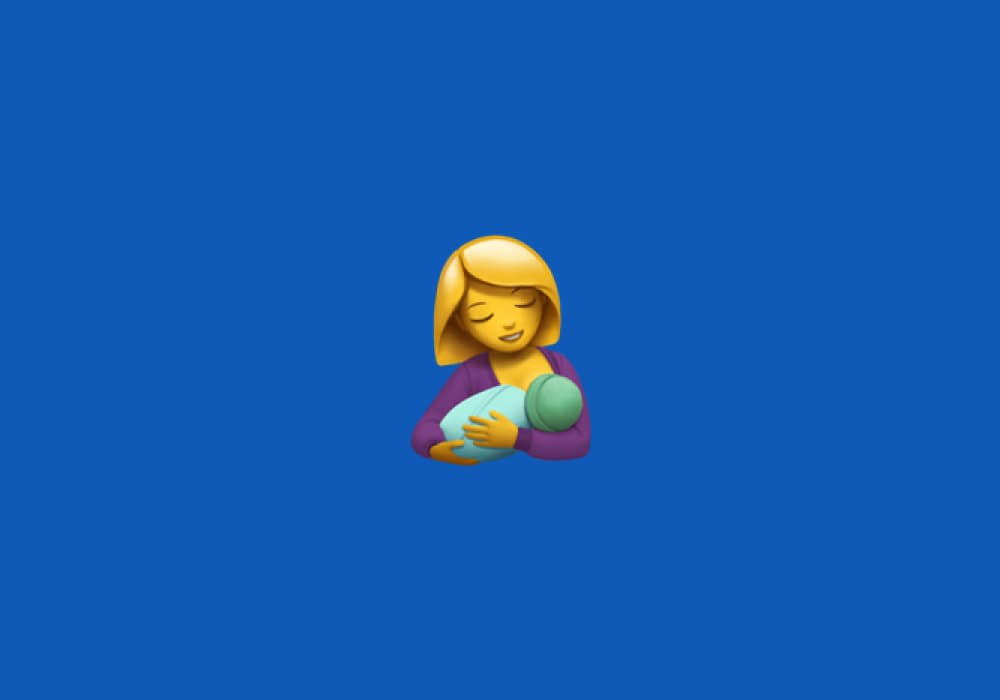 In recent years, there has been a push to normalize breast-feeding. People who are breast-feeding are often under pressure to do so in places like public bathrooms, which can be uncomfortable and even unsafe for the parent and child. In order to make breast-feeding more visible and less stigmatized, Rachel Lee, a neonatal nurse at University College Hospital in London, created a proposal for a breast-feeding emoji.

Lee submitted her proposal in 2016, arguing that "since the beginning of civilization, breastfeeding has been essential in human development." She suggested that the emoji depict the "cradle hold," a common position used when breast-feeding infants. In 2017, the Consortium approved Lee's proposal—with one significant change.

Instead of her original proposal, which showed the person from the neck down, the final design of the breast-feeding emoji 🤱 depicts the person's face, which is usually smiling down at their infant. It's a nice touch. 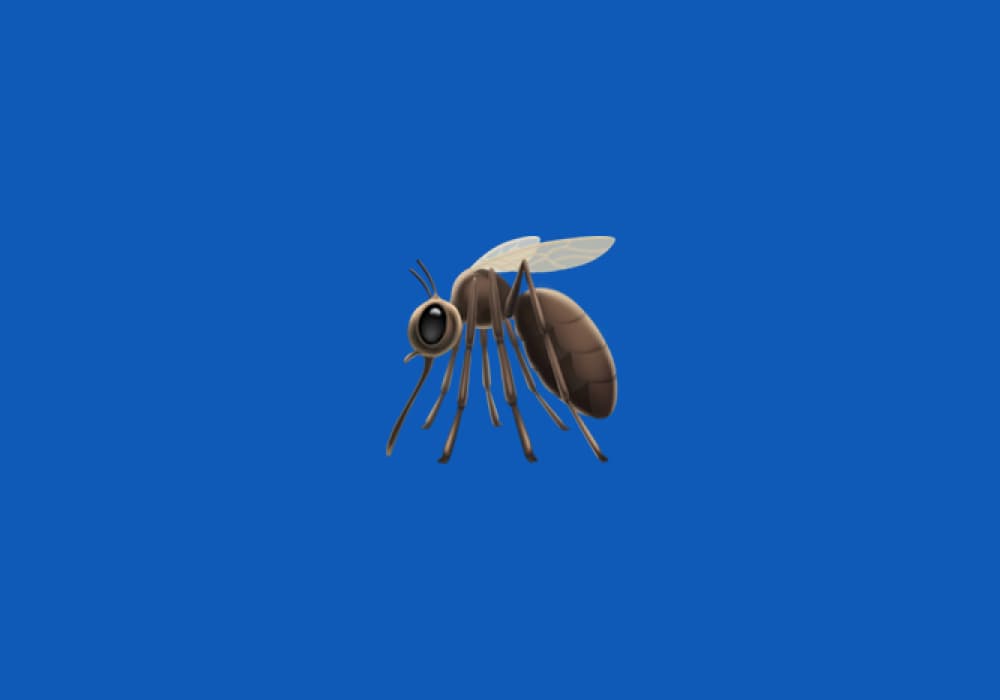 Mosquitos are more than just annoying insects. They are also one of the critical vectors for diseases like malaria. That's why scientists and public health officials were buzzing about getting a mosquito emoji to use in order to communicate about this pest. 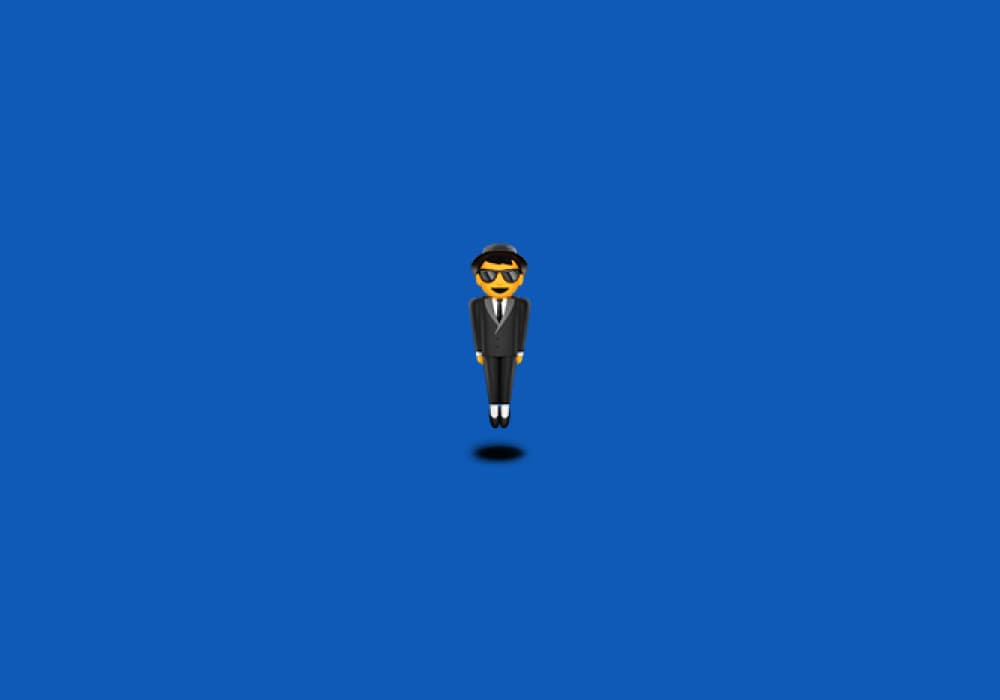 While it may not be one of the most popular emoji, it is certainly one of the strangest. The person in suit levitating emoji🕴️shows someone in a suit, wearing a hat, hovering just off the ground. It's at once a whimsical and surreal little image—but where does it come from? And what does it mean?

Well, before emoji, people used a funny font called Webdings to communicate via glyphs that included arrows and other images. Vincent Connare, who happened to be a ska fan, designed some of the glyphs. When it came time to represent "jump," he started looking around for ideas.

Ska kids are notorious for jumping around, pogoing, or skanking. Connare was inspired by the image of a man in a dapper suit with a porkpie hat used in the logo for indie ska and reggae label 2 Tone Records. (The man is known as "Walt Jabsco" and was originally based on a real musician: Peter Tosh, a former member of Bob Marley and The Wailers.)

Connare created his funny little jump glyph featuring Jabsco in 1997. In 2014, the Webdings character was adopted as an emoji. 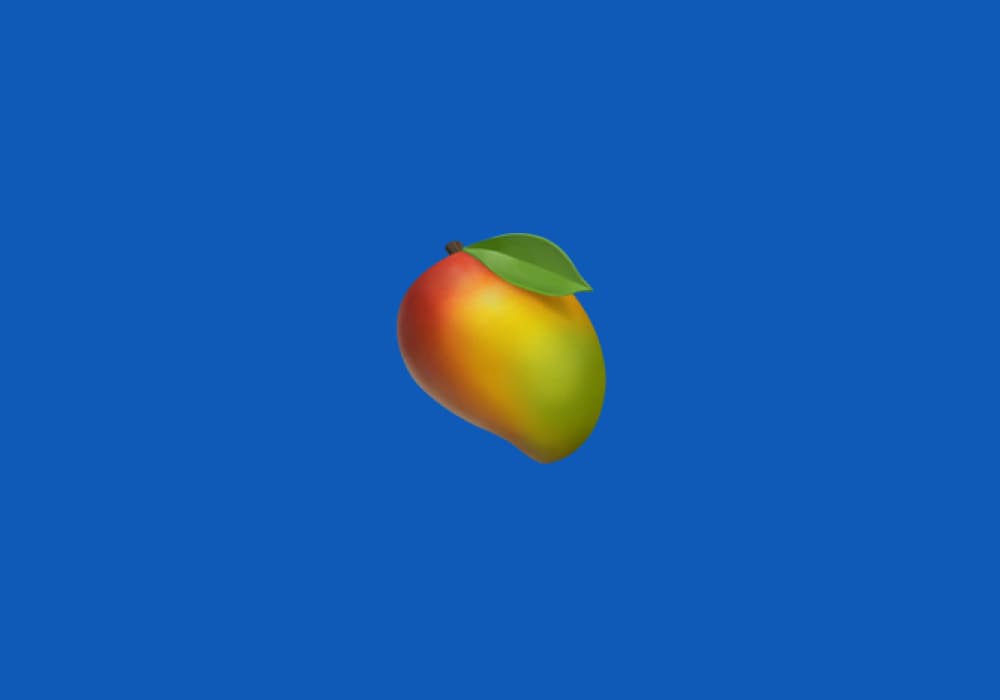 One of the politest campaigns for a new emoji might be that of #MangoEmojiPlease. The campaign was launched in September 2016 by the Australian mango industry and Hort Innovation, a research and development group that supports Australian farmers. The following year, a proposal for a mango emoji was submitted. The proposal noted the #MangoEmojiPlease campaign on social media.

Whether it was the charmingly polite hashtag or Consortium members' love of juicy, juicy mangoes that convinced them to approve the emoji, we may never know. But the mango emoji 🥭 debuted in 2018. It shows a yellow-orange mango with a green leaf.

Now Playing: Who Created The Hijab Emoji?
Now Playing: The Story Behind The Blood Drop Emoji