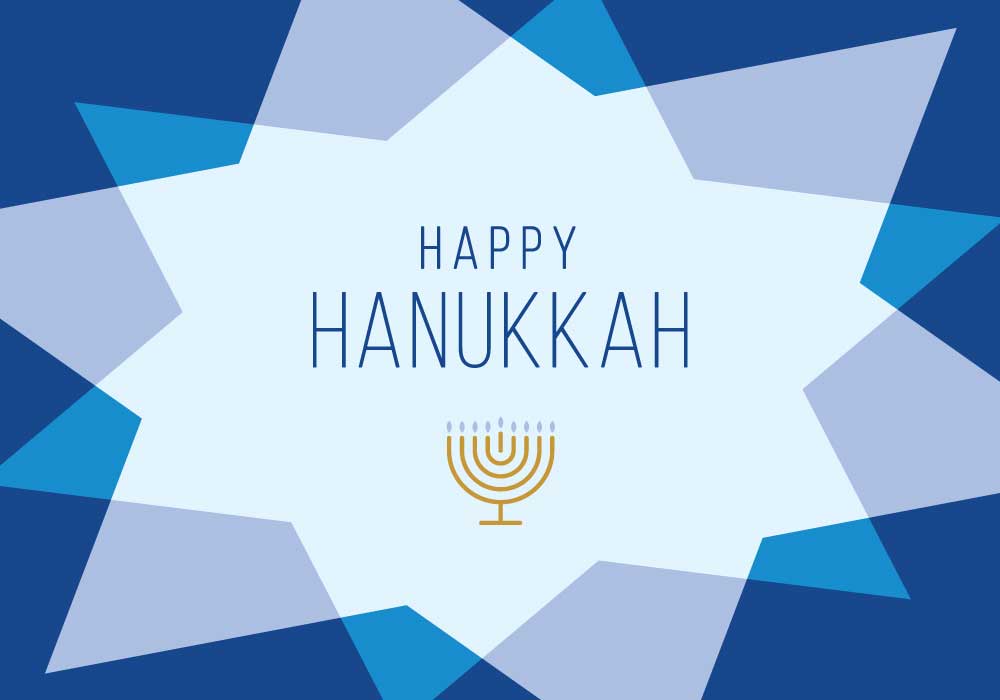 In Judaism, the Hanukkah holiday is the "festival of lights." Lasting eight days, the holiday commemorates the rededication of the Temple of Jerusalem in 165 BCE. Once the Temple was won, the Jews found only enough oil to keep the eternal flame of the menorah lit for one day. According to legend, the miracle of Hanukkah occurred when that small amount sustained the menorah's light for eight days, in order for more oil to be made. Fittingly, hanukkah literally means "a dedication" in Hebrew.

As is the case with many languages, there are certain sounds in Hebrew that just don't exist in English. The first letter of Chanukah, the modern Hebrew letter chet, makes a sound called a "voiceless velar fricative," a ch in the back of the throat similar to the Scottish pronunciation of loch. The classical Hebrew pronunciation had a softer ch sound, represented by the H instead of Ch in Hanukkah. Today, both spellings exist side by side.

WATCH: We Asked: What Are Five Words To Describe Hanukkah? 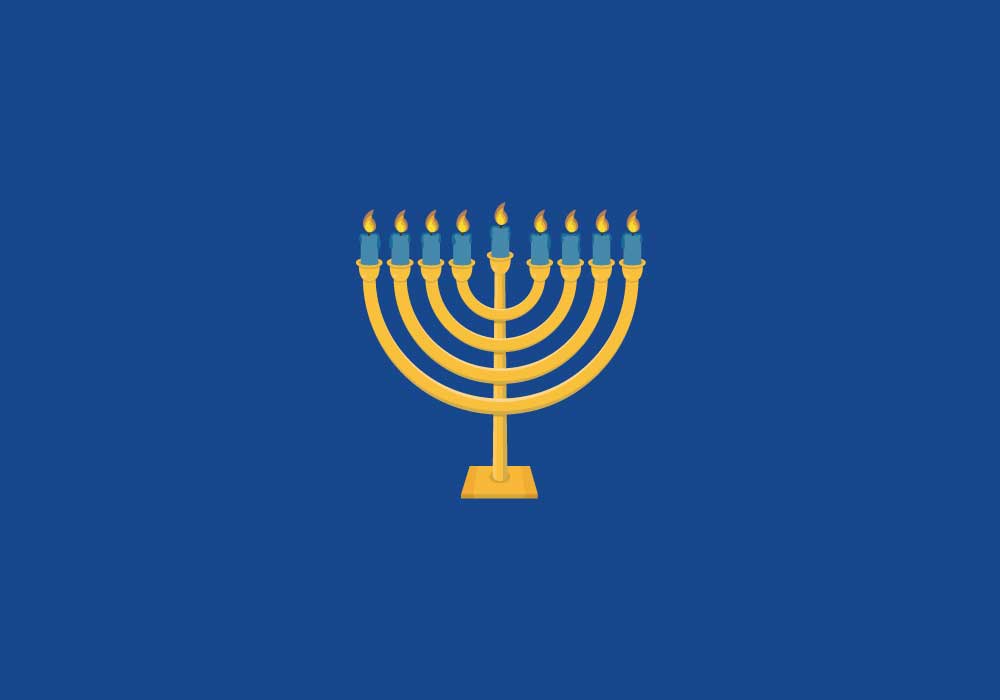 The Hanukkah menorah (also called the hanukiah) is a candelabrum with nine branches. Eight of the candles represent each night of Hanukkah, while the ninth (the shammes) is used to light the others. The original menorah in the biblical Temple of Jerusalem had only seven branches, representing the seven branches of human knowledge and the seven days of biblical creation. The Hanukkah menorah has a more specific purpose, representing the eight nights of the holiday. Translated from the Hebrew, menorah means "lamp." 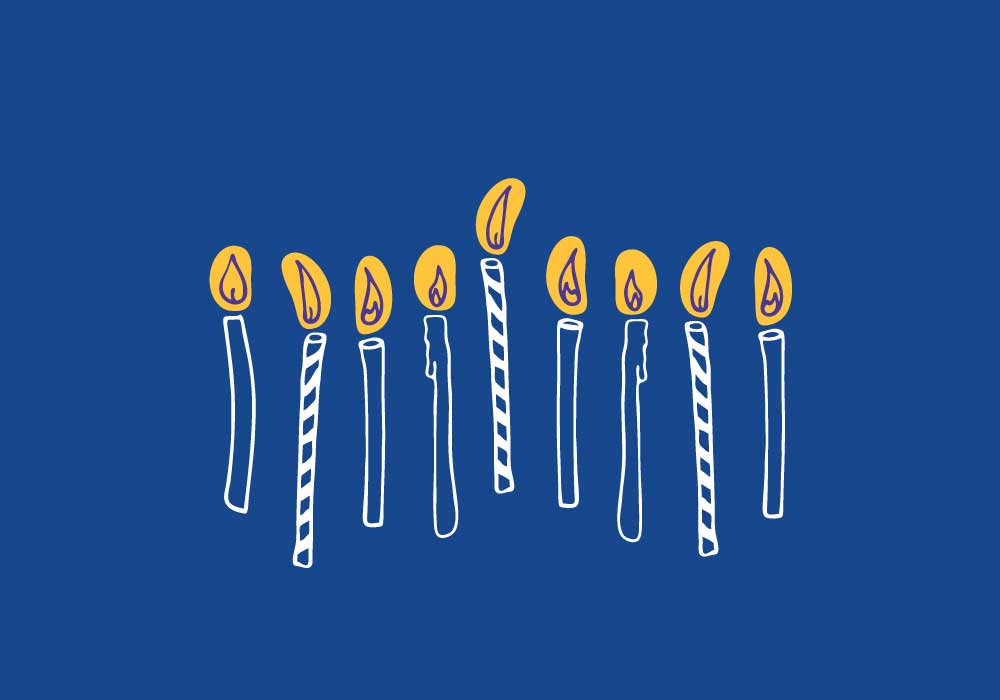 From the Hebrew word shamash meaning "to serve," shammes (or shames) means "attendant." The shammes is the ninth candle on the Hanukkah menorah, used to light the candles representing each night. The Hanukkah candles are traditionally placed in the menorah from right to left, though they're lit using the shammes from left to right each night. On the first night of Hanukkah, the menorah will have only two candles, the shammes and the right-most candle. On the last night, a menorah will display all nine. 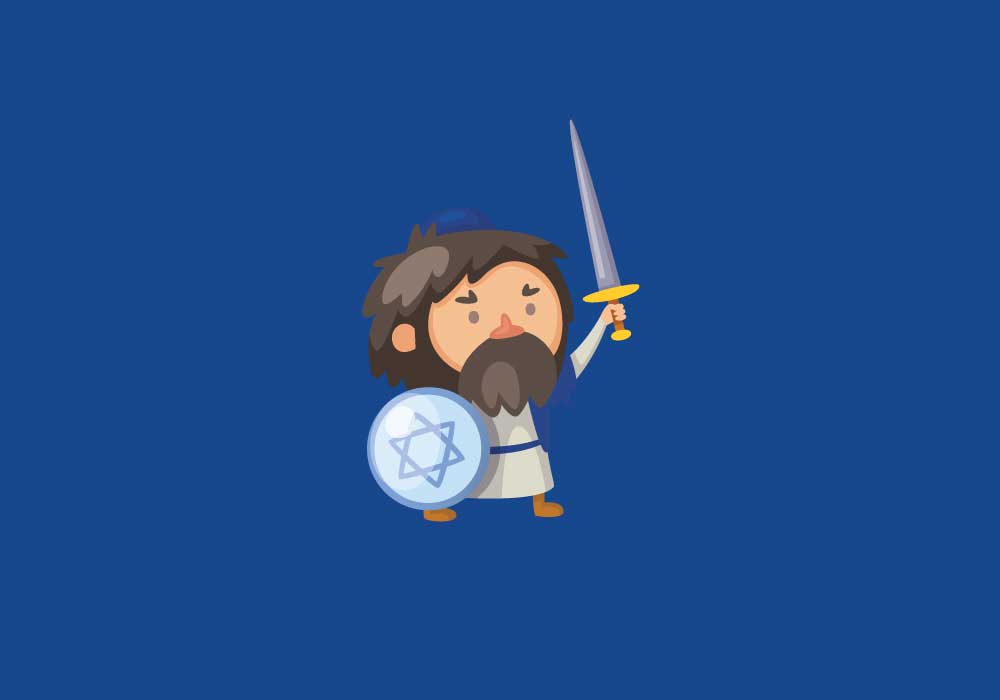 In Jewish history, the celebration of Hanukkah and the rededication of the Temple of Jerusalem are the work of the Maccabees, an ancient family of Jewish leaders who rebelled against their colonizers. After years of oppression under King Antiochus Epiphanes, Judas Maccabaeus led a rebel army against Antiochus and reclaimed not only the Temple but Jewish freedom. It is possible the name Maccabee is derived from the Hebrew maqqabh meaning "hammer." It was given to Judas and the rebels in honor of their fortitude. 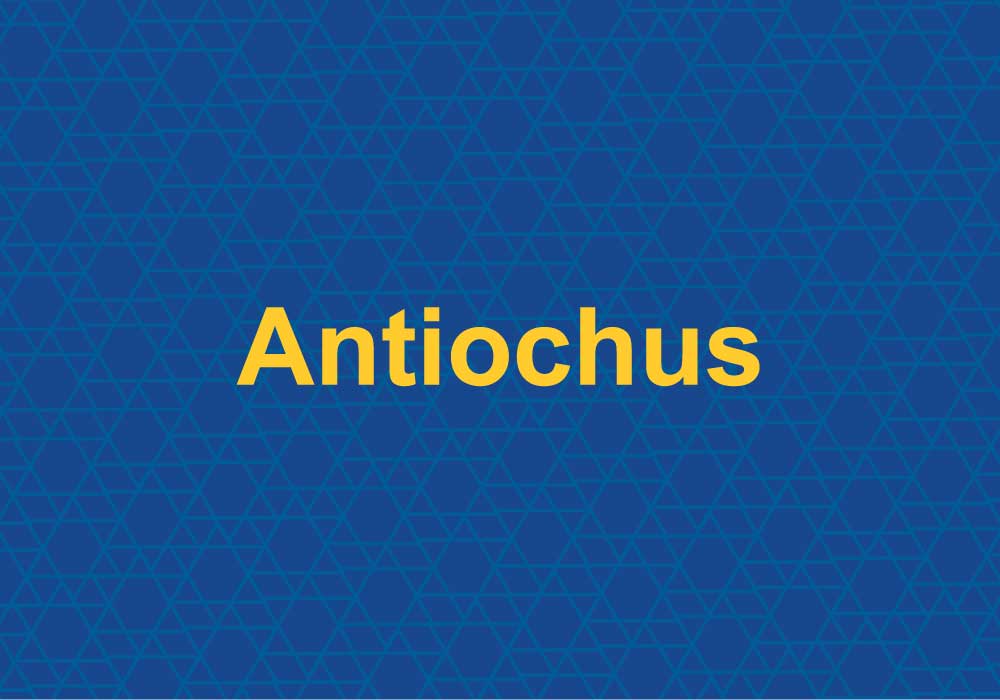 Yet the meaning of Antiochus in Greek is a bit confusing. Antí- means "against," and ékhō means "to have, to own." Taken together, his name means "one who is against owning." Perhaps the name is meant to be something of a humble brag.

So, you've lit the menorah, retold the story of Hanukkah, and now dinner is in the oven. What happens now? It's time to play dreidel!

WATCH: What Do The Hebrew Letters On The Dreidel Mean?

The dreidel is a four-sided spinning top bearing the Hebrew letters (nun, gimel, hei, shin). Children spin the dreidel and win or lose based on the letter facing up when the top stops spinning. The letters on the faces of the dreidel form an acronym for the phrase Nes Gadol Hayah Sham meaning "a great miracle happened there," referring to Israel and the Temple of Jerusalem. In Israel, the letters on the top are nun, gimmel, hey, pey, representing "a great miracle happened here." A dreidel is also known as a sevivol in Hebrew. Observances vary, and some use the Hebrew terms when celebrating Hannukah. 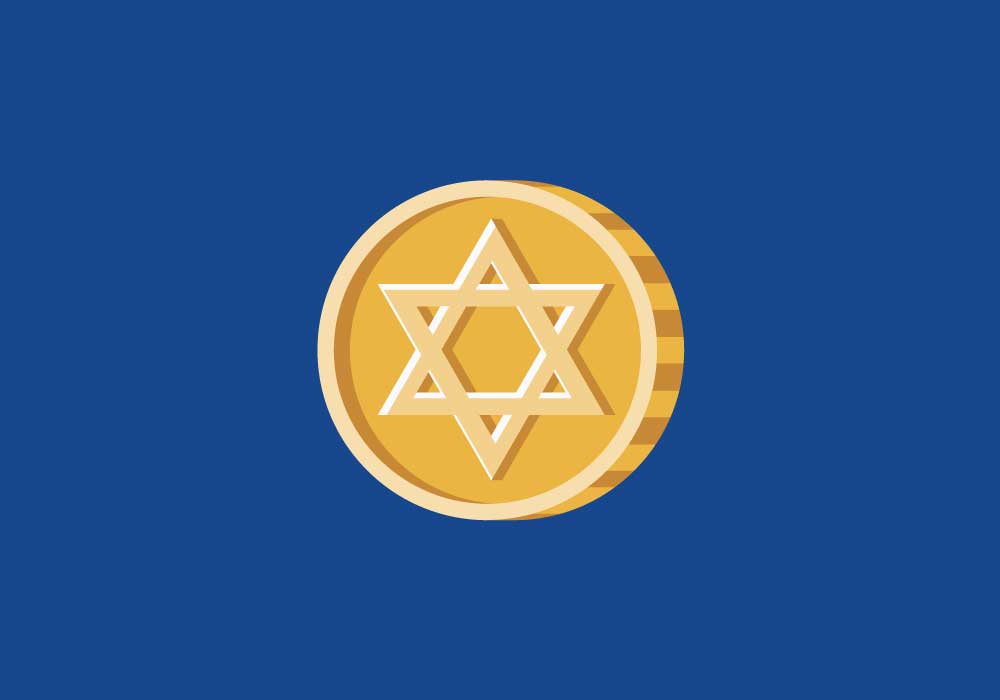 So, playing dreidel sounds fun, but what are you playing for? Hanukkah gelt, of course! A piece of Hanukkah gelt is a chocolate coin usually wrapped in gold foil, designed for children to gamble with during a game of dreidel. Gelt is Yiddish, derived from the Old High German, for "money." 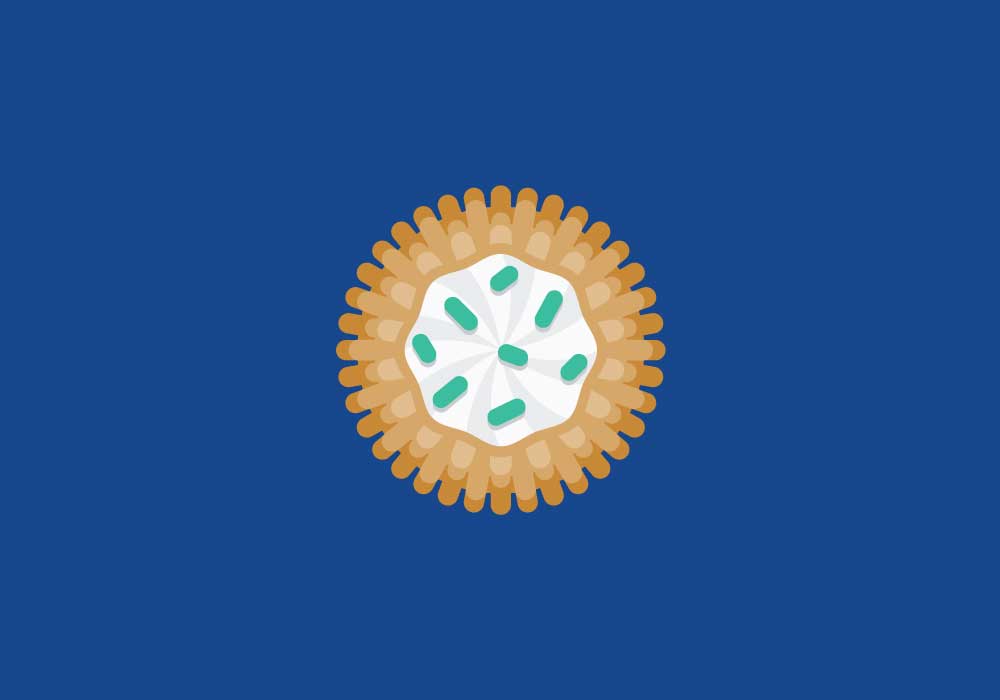 One of the Jewish traditions of Hanukkah is to make foods made in oil to celebrate the oil lasting for eight days.

If you don't have a sweet tooth, you might think latkes are the most delicious part of Hanukkah. A latke is a potato pancake made from shredded potato and fried in oil, often served with applesauce or sour cream. Like gelt, latke is a Yiddish word derived from the Russian latka meaning "pastry." The oil in which latkes are fried represents the oil that kept the menorah burning. 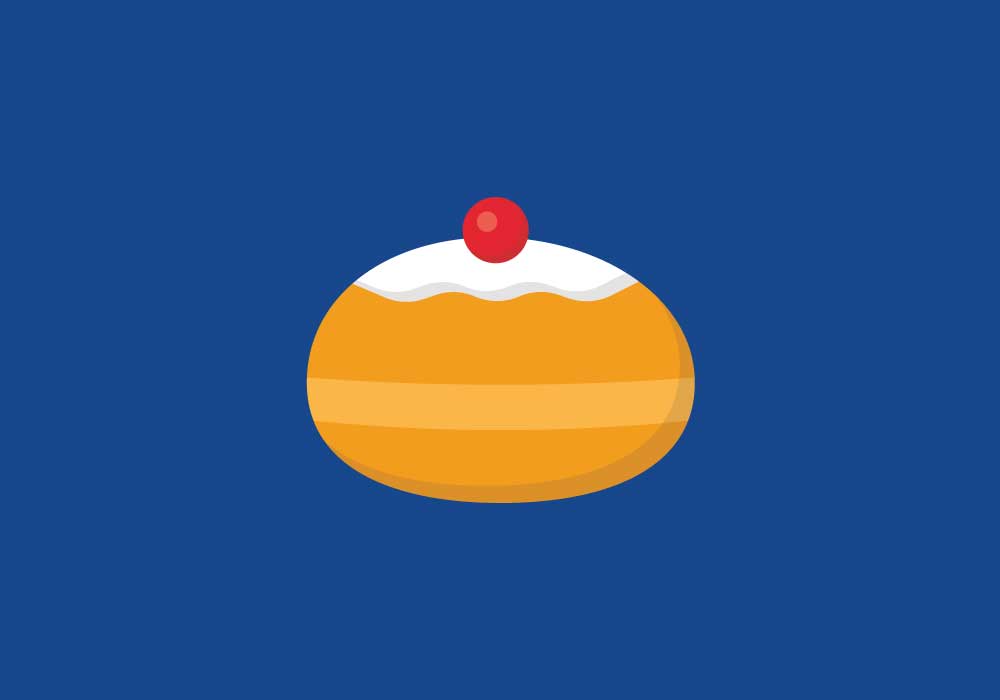 Another popular dish at Hannukah is sufganiyot, small jelly-filled donuts.

The origin of the name sufganiyot is debated, and as with other terms described here, its spelling can vary. It's said to come from the ancient Hebrew word sofgan which means a kind of spongy dough. However, a popular story claims that God gave Adam and Eve sufganiyot to cheer them up after they were kicked out of the Garden of Eden—the name, then, comes from the Hebrew spelling of Garden of Eden.

That story is totally apocryphal, but eating sufganiyot at the holidays does cheer us up. 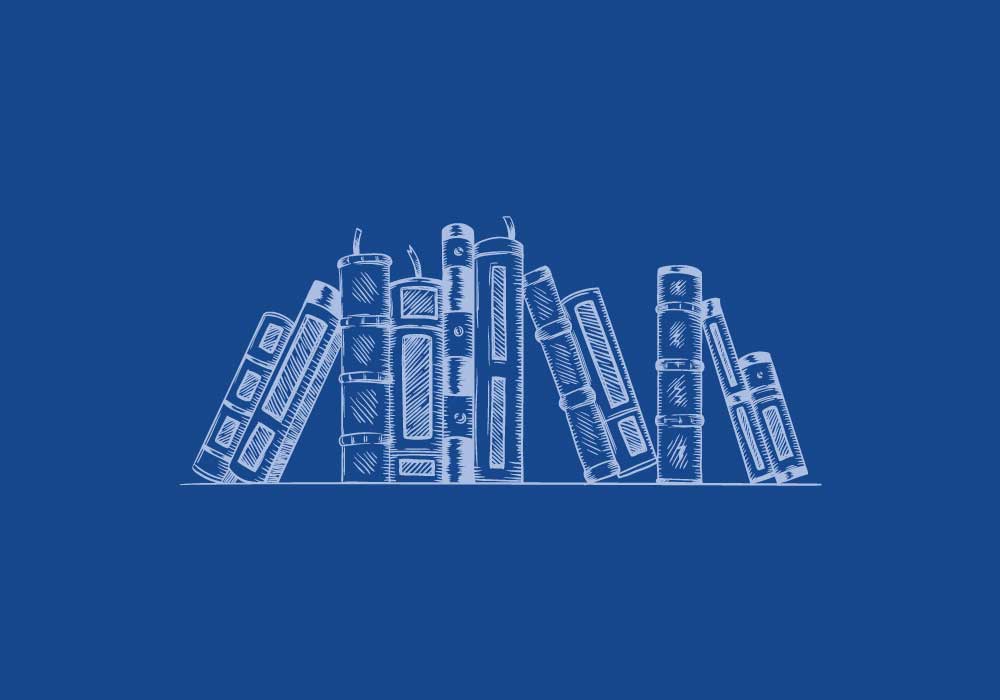 The word apocrypha comes from the Greek for "hidden, obscure." This collection of writings, including the stories of the Maccabees, is known as the Apocrypha because their authors are "hidden" or unknown (or they weren't written in Hebrew).

It wasn't until 1735 that apocrypha came to be used in reference to all kinds of marginal tales or those with unknown authors, not just Biblical ones. 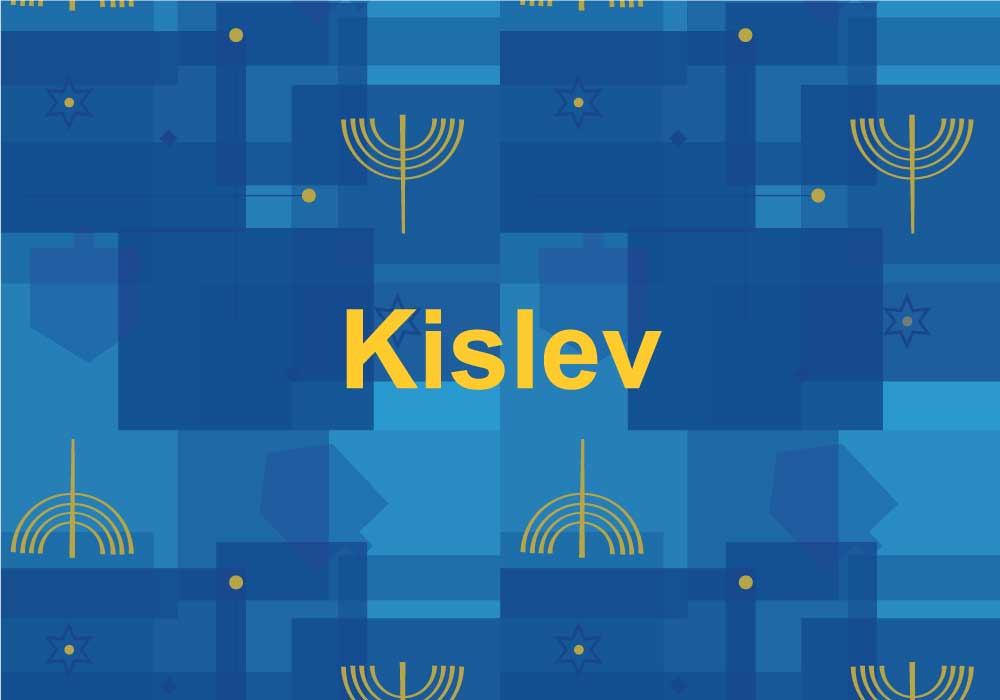 Hanukkah starts at sundown on 25 Kislev every year and lasts for eight nights. Kislev is the name of the ninth month in the Hebrew calendar. The name Kislev comes from ancient Assyrian or Akkadian names for the same time period. 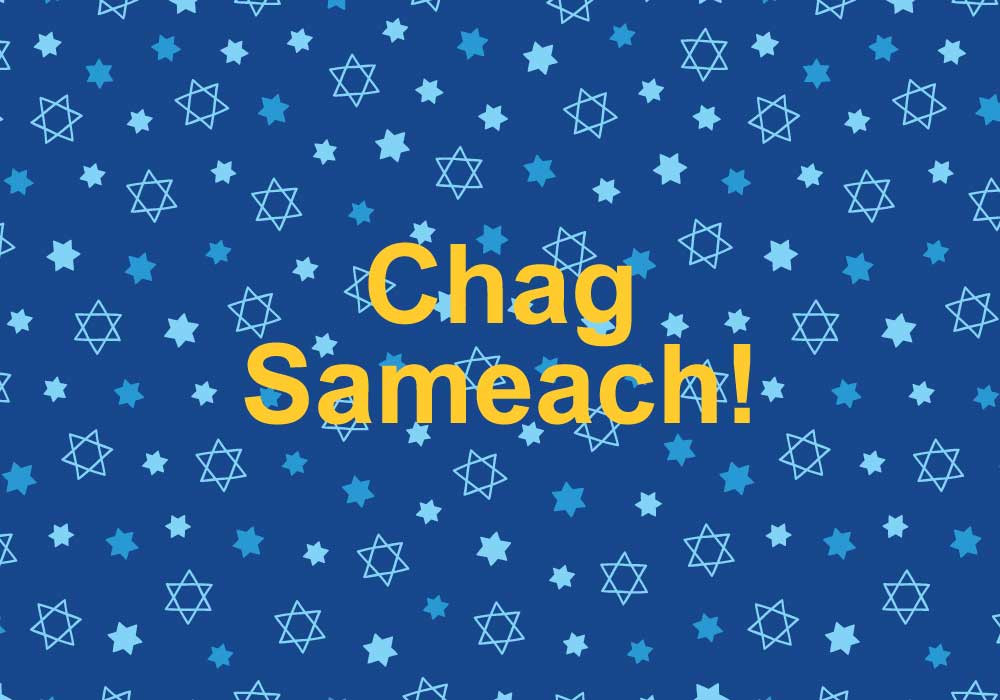 For any Jewish holiday, a useful phrase to have in your pocket is Chag sameach. That's how you say "Happy holidays" in Hebrew. Chag means "holiday," and sameach means "happy."

Now Playing: We Asked: What Are Five Words To Describe Hanukkah?
Now Playing: What Do The Hebrew Letters On The Dreidel Mean?