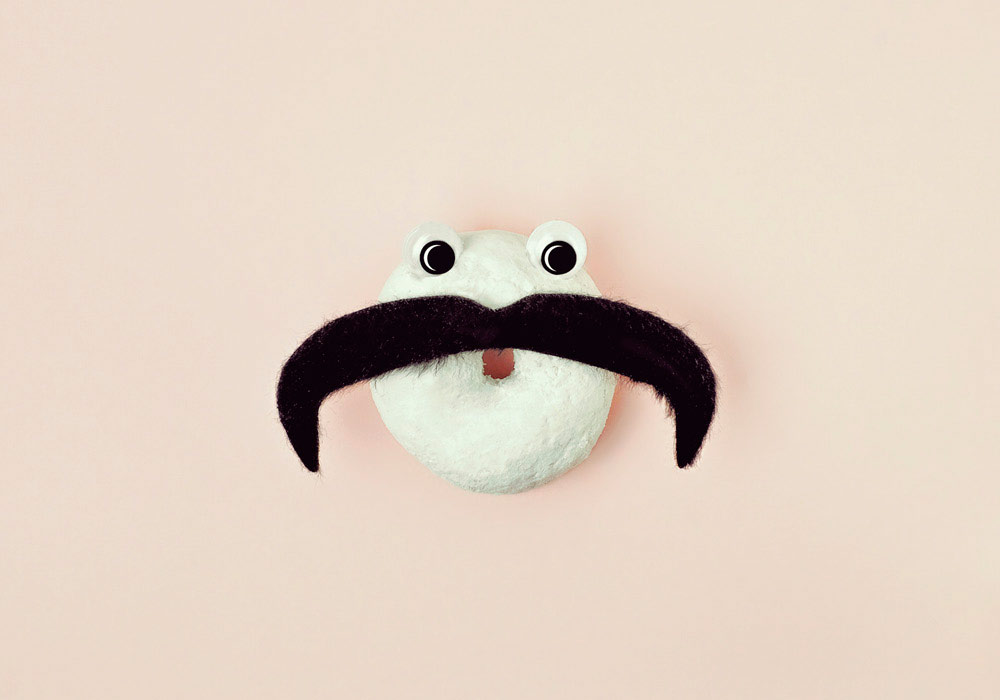 The first citation of "OMG" in the Oxford English Dictionary appears in a 1917 letter from the British admiral John Arbuthnot Fisher to Winston Churchill. He writes, “I hear that a new order of Knighthood is on the tapis–O.M.G. (Oh! My God!)–Shower it on the Admiralty!!” The fact that Fisher, who was 76 at the time, defines OMG in his letter suggests that he thought he might have coined the term. 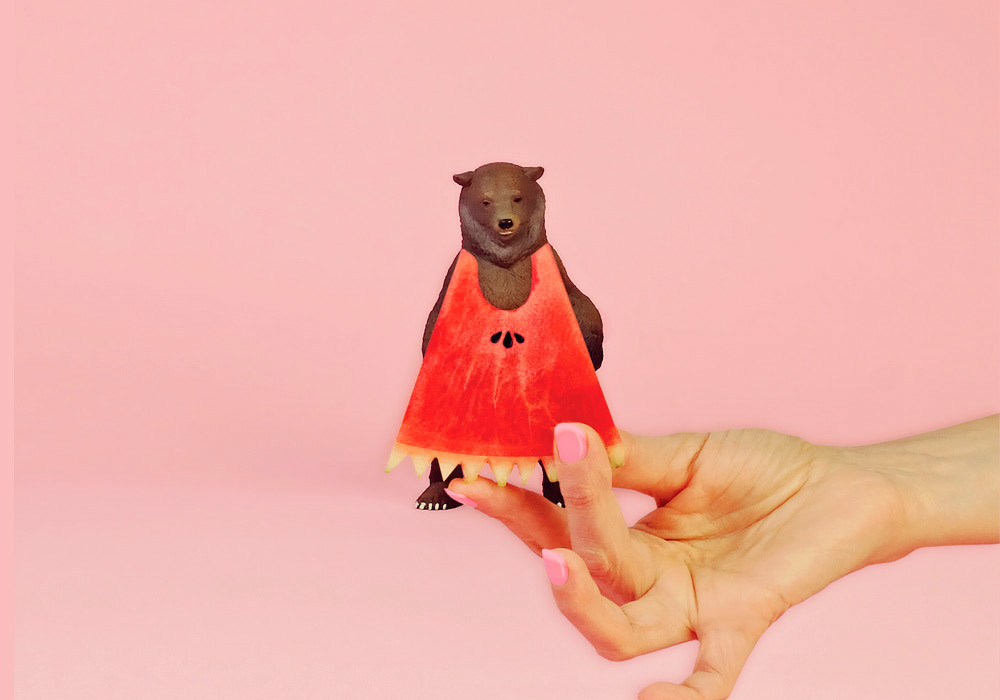 An article from that time in the New York Mirror describes dudes, or doods, as “tight-trousered, brief-coated, eye-glassed, fancy-vested, sharp-toes shod” fops of New York City. To dude up means to dress in one's best clothes, and it has also been used since the late 1800s. The term dude ranch came to English just before 1920 and refers to a ranch operated primarily as a vacation resort. This evokes the image of a city dandy trying to experience rural life for novelty’s sake. Back in 1883, the female counterpart of dude was known as the dudine, however, over time dude has come to apply to both male and female, and perhaps most famously to the character of “the Dude” in The Big Lebowski. 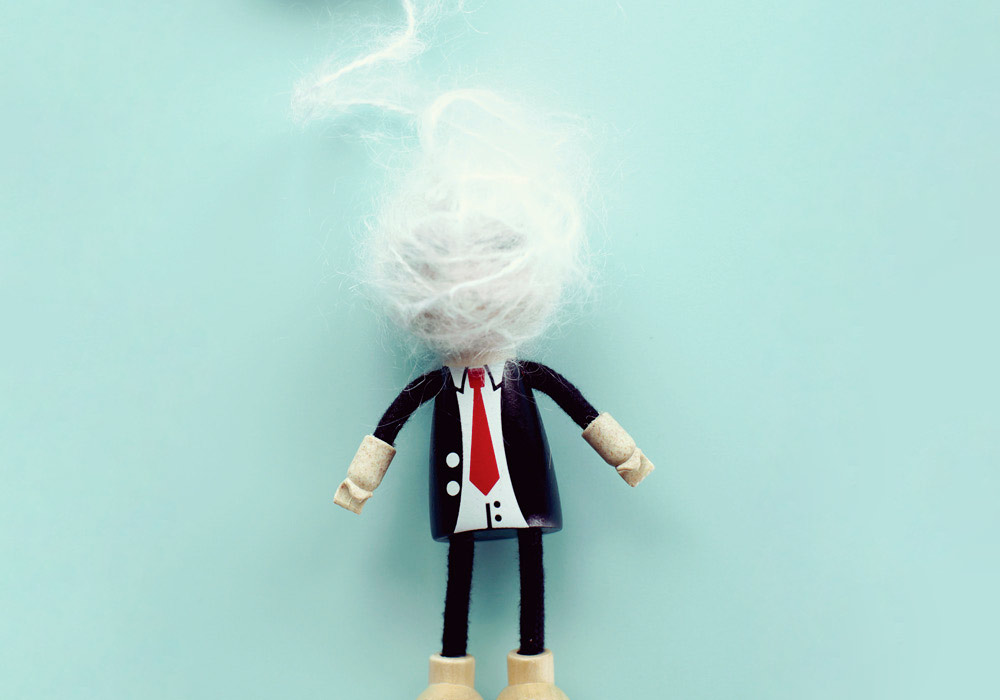 Though the term of endearment, hubby, might sound relatively new, it’s been around since the 1680s, at least. The earliest recorded citation appears in Edward Ravenscroft’s play The London Cuckolds. The term wifey, sometimes spelled wifie, is also older than you might suspect. It dates to the late 1700s and appears in the poetry of Robert Burns. 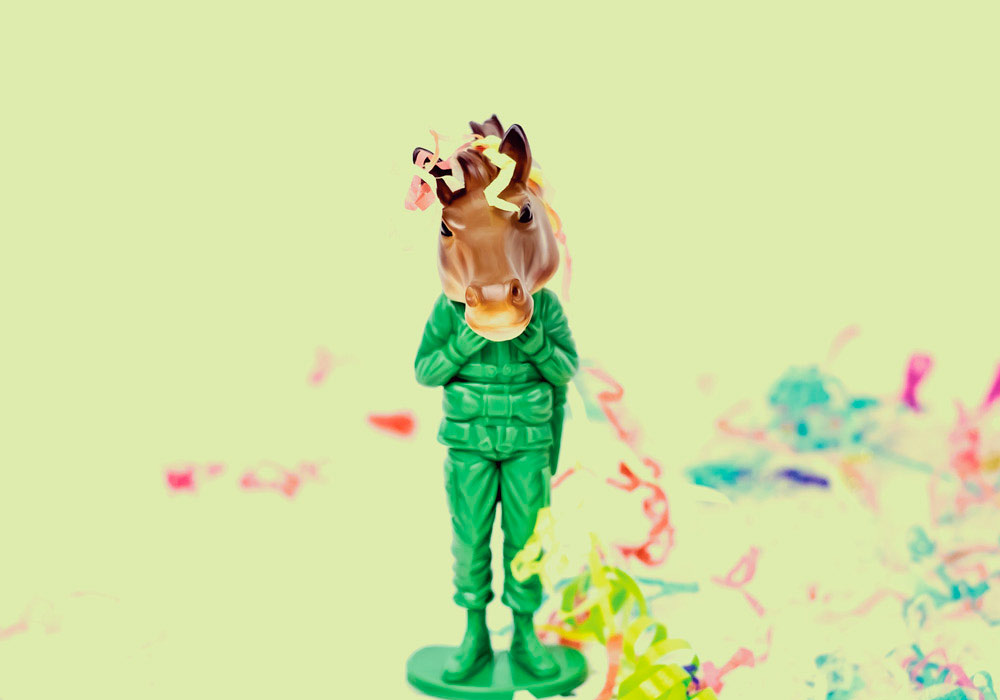 The acronym LOL existed long before chatrooms and text messaging. In the 1960s, this initialism emerged in the U.S. to describe a “little old lady.” The internet-spurred term, which dates back to the late ‘80s, has no connection to petite elderly women. When people first evoked the “laugh out loud” sense of LOL, they likely were laughing and wanted to express it. However, over the last several years, LOL has evolved. Now, it can be used as a marker of empathy, even when nothing guffaw-worthy has occurred. 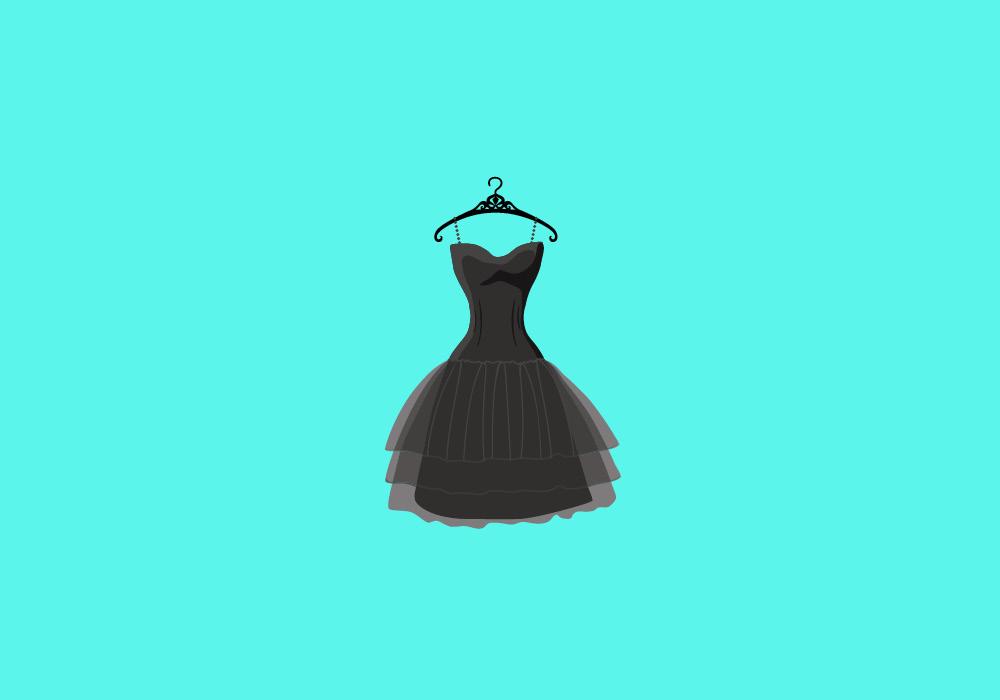 While the "little black dress," also known as the "LBD," might seem like a concept concocted by female television characters of the 1990s, the phrases little black dress and little black frock date back to the 1800s. An early appearance of a simple black dress in a classic style appropriate to wear to a wide range of social functions is from Henry James’s 1881 The Portrait of a Lady. Referring to the character Pansy, he writes: “She wears a little black dress; she looks so charming.” 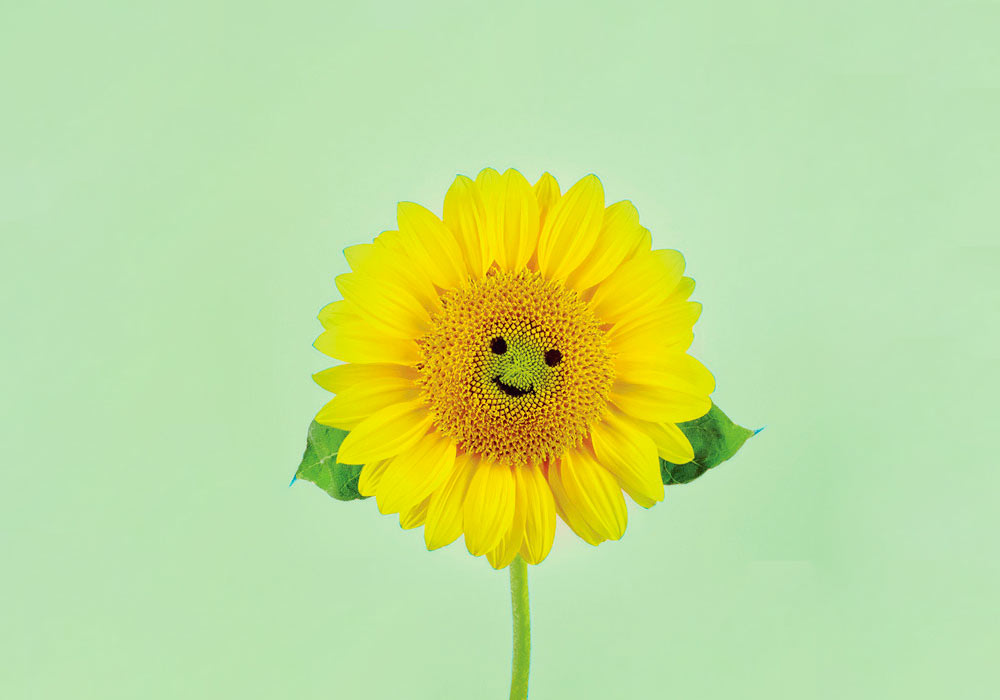 It’s not clear whether trick (as in “deceit” or “ruse”) is etymologically related to tricking out, meaning “dressing up” or “embellishing” something to attract attention. But, trick out has been around apparently since the 1500s. The earliest citation is attributed to Sir Walter Scott, who wrote, “I must trick out my dwelling with something fantastical,” otherwise he’d be found worthless by “nymphs” and “swains.” Imagine Sir Scott bouncing down the cobblestones in a tricked-out carriage with chrome rims, custom sound-system, video monitors, and a flashy paint job. Nymphs be swooning! 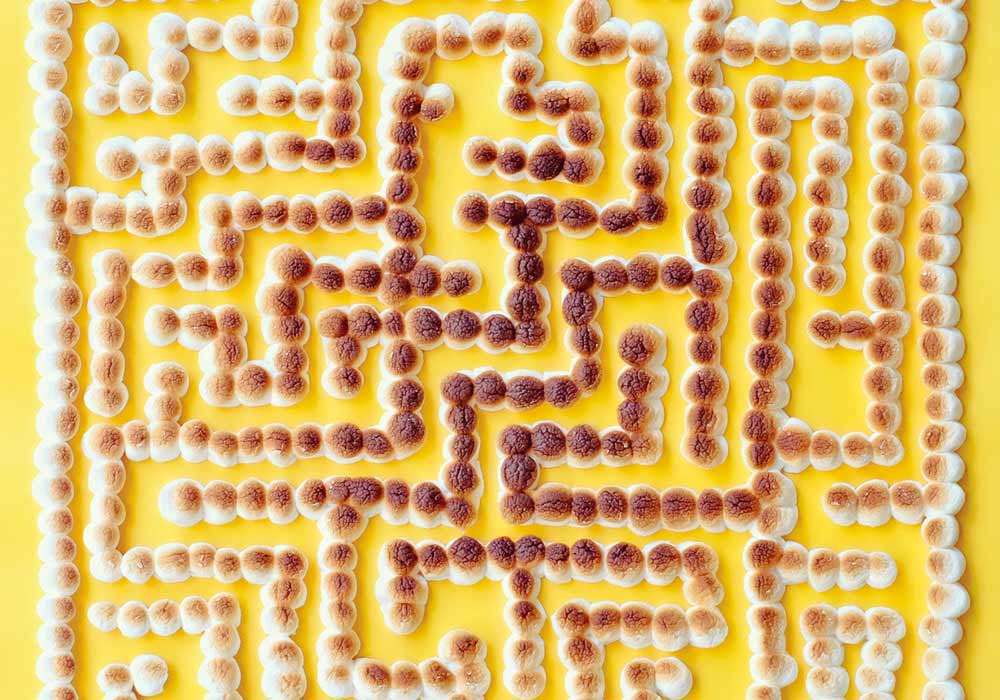 While the term punk surged in the 1970s, it first surfaced in English in the late 1500s. Upon first entering the language, punk referred to a lady of the night, though this sense, along with other vulgar senses, has since fallen out of use. By the turn of the 20th century, punk began to refer to a worthless person. In the 1920s, punk referred to an amateur or inexperienced youth, which ultimately led to the handmade, do-it-yourself sensibilities celebrated in the punk-rock movement. 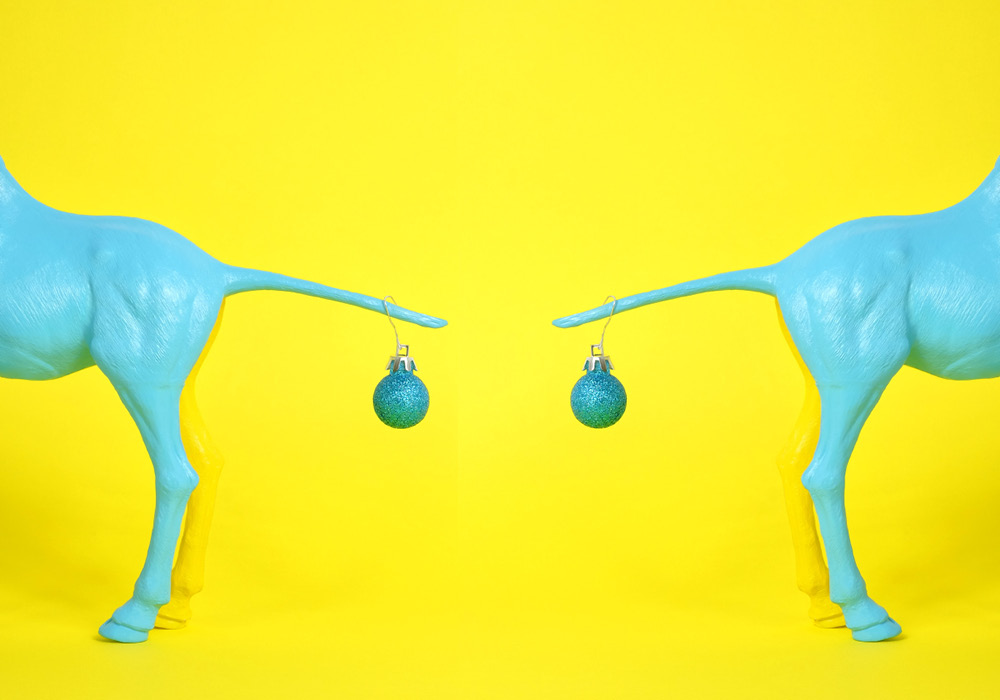 People have been unfriending others long before the rise of social networks. The earliest known citation of the verb unfriend comes from the mid-1600s. The noun unfriend is even older; it entered English in the 13th century to refer to an enemy. Let’s bring back the nominative form—next time you discuss your archenemies, try calling them your “unfriends” instead. 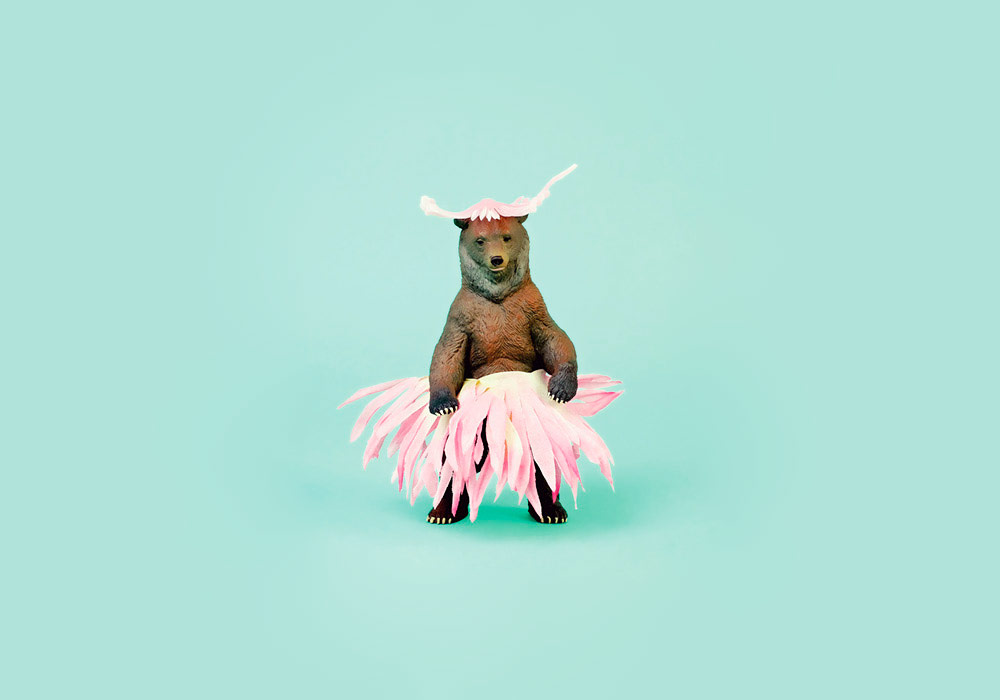 Men have been calling women babes (“a girl or woman, especially an attractive one”) for at least one hundred years. And, the endearment baby, used in a romantic sense, dates much earlier to a British novel from the late 1600s. Yes, there’s something to be said for infantilizing women as “cute” and “diminutive.” But, at some point in the 20th century, babe and baby lost the female focus; now men are babes and babies just as much as women are. Equality! 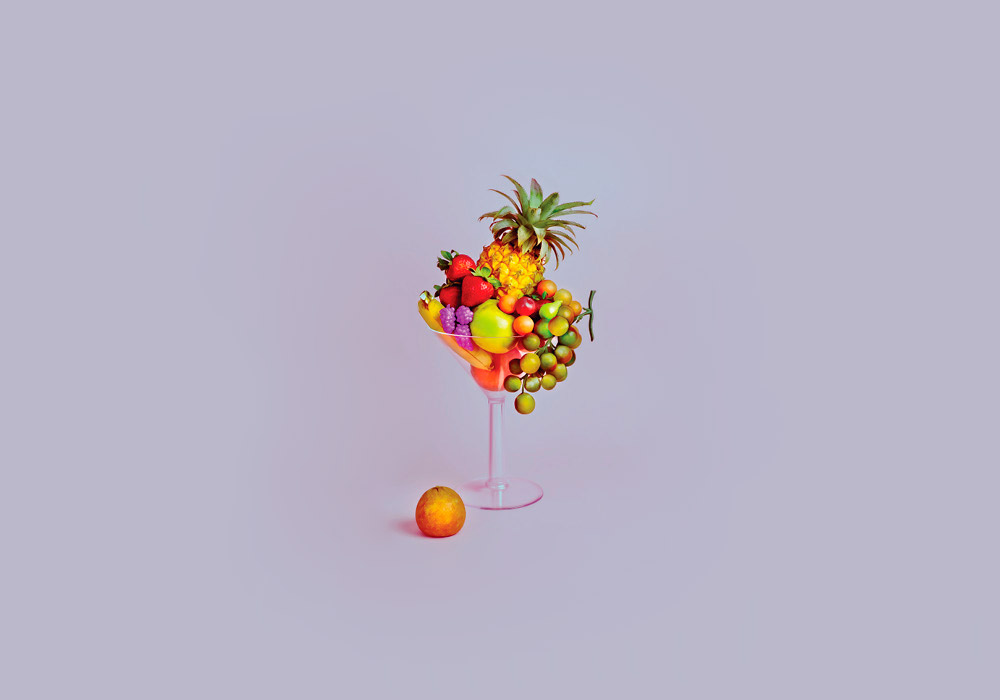 Booze actually traces back to bouse, a term from the 1300s describing the action of drinking heavily. After about 300 hundred years, booze became a noun for an alcoholic drink. In addition to being a founding father of the United States, Benjamin Franklin established boozy as one of 225 acceptable synonyms for drunk in 1722. Even the acronym BYOB, which stands for “Bring Your Own Bottle (or Booze)” dates back to 1951. 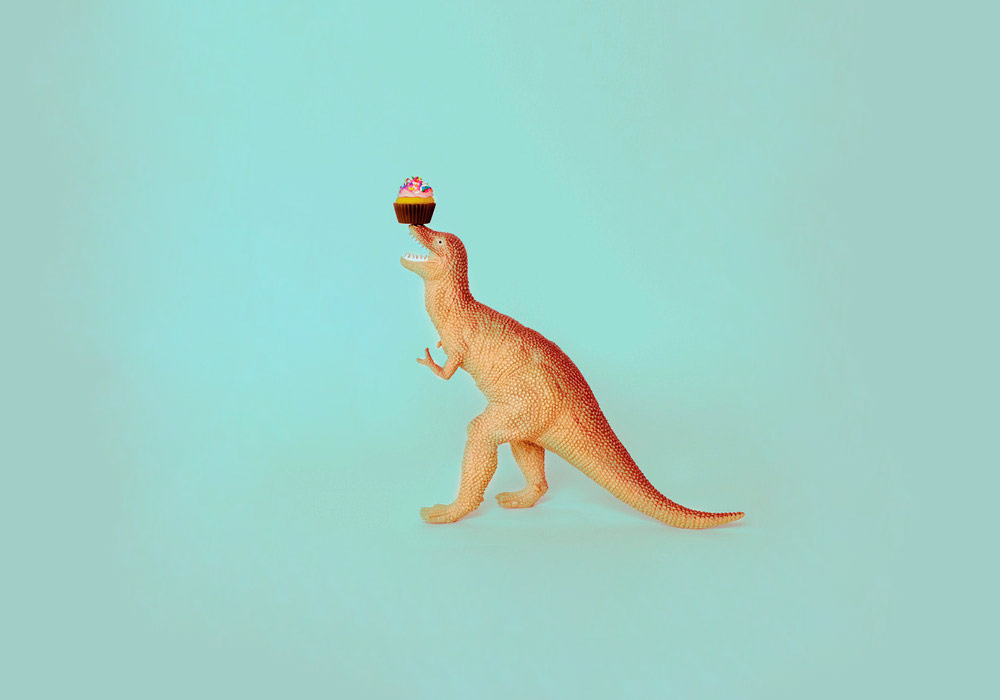 Look to 1919 baseball fandom for the first usage of fanboy. However, Harry McCracken, a 21st-century tech writer, argues that baseball's usage of fanboy (“youthful male fan”) doesn’t carry the same meaning as today’s term. According to McCracken, today's usage stems from the title of a 1970s comic book fanzine started by two gaga fans of Marvel. In current realms of tech, sci-fi, and comic-books, the term fanboy is used pejoratively for a guy who's fandom is a little excessive or annoying. 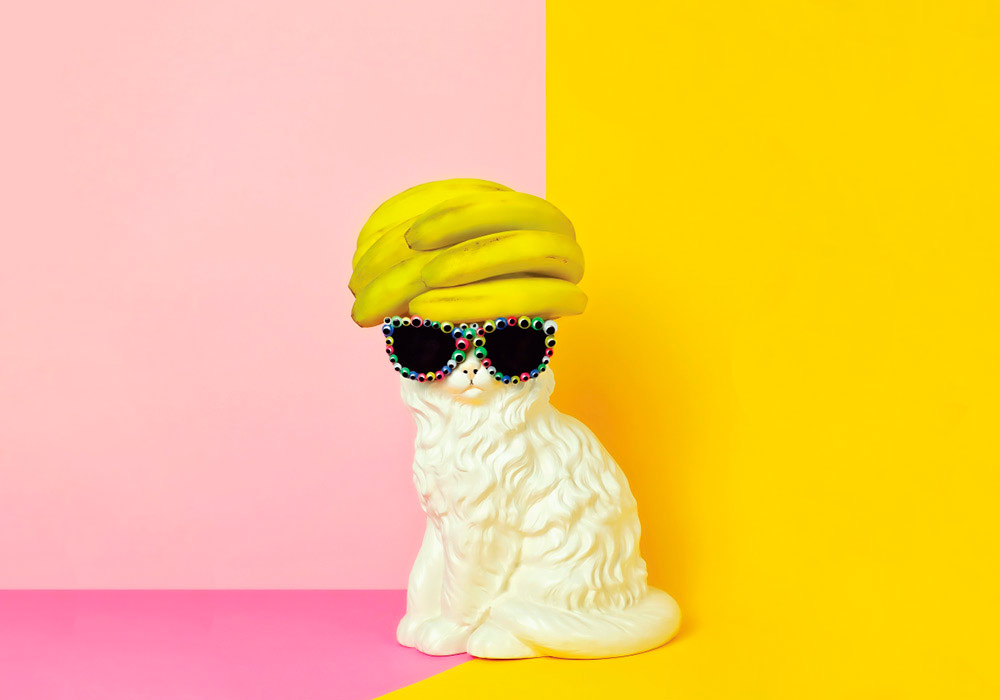 Before fly meant cool, it likely meant “clever, or not easily fooled.” However, an instance of the earlier slang fly comes from a Tin Pan Alley song from 1902: “She met a gay young city chap, who tho’t that he was fly . . . .”At that time, gay meant “finely dressed,” so there might have been a connection between "flyness" and "hipness" even then. 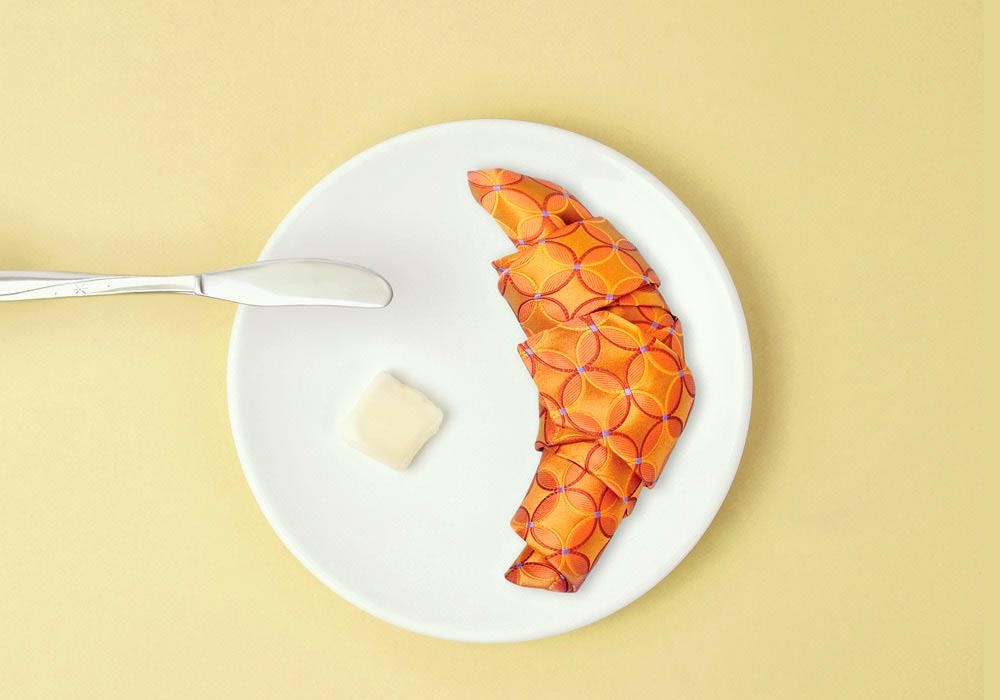 James Brown may have led the funk-music train in the 1960s, but funky predates the time of soul-jazz-R&B fusion. To be clear, though, funky meant something different before it came to mean “soulful, passionate, danceable, groovy.” In the 1700s, funky described the repulsive odor of cheeses. Its connections with “musty” or “earthiness” likely inspired jazz musicians of the 1900s to adopt the word for the soulful music they were playing. “Putting some stank on it” meant breaking it down during a jam session.

Today’s hipsters like to think they defy definition because they’re anti-conformist and can’t be pigeonholed. But, like their sweatshirts, hipsters are nothing new. The word hipster isn’t a 21st-century creation. It dates back to the 1940s, when mostly middle-class white kids rejected white social norms by embracing jazz music and African-American culture.

Before things were “like, totally legit” between besties, they were legit on stage. Shortened from legitimate, legit theater in the 1890s was any kind of performance that wasn’t burlesque or vaudeville. In other words, we're talking about serious acting! No trapeze-swinging stripteases or death-defying motorcycle tricks with lions. For example, Shakespeare’s The Tempest is totally legit. 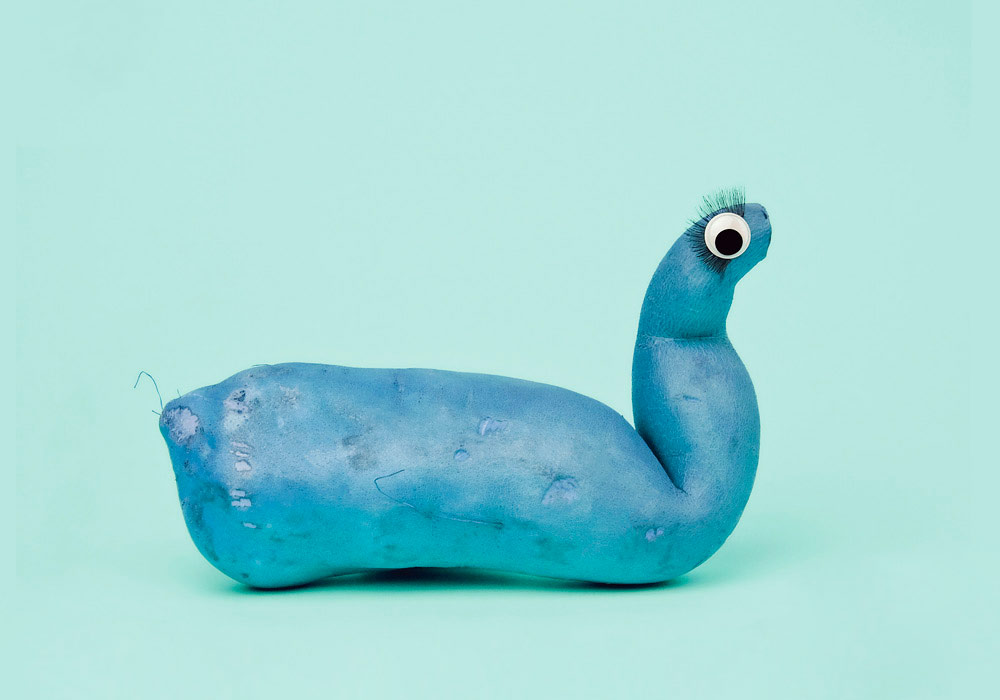 “This LSD is transmogrifying my consciousness into a vibrational macrocosm of neon-electric cosmic energy waves. Outasight, man.”

Yes, this instance of outasight is comfortably at home in the 1960s hippie movement. But, the metaphorical usage of the term ventures farther “out of sight” in history than even a consciousness-enhanced brain can imagine. Well, maybe that’s exaggerating a bit, but out of sight meant “excellent” as far back as the 1890s. Maybe it was the strict, tight-laced customs in Victorian America that inspired such an expression . . . formality has a tight grip, and for something to literally be “out of sight,” it has to be free. But, that’s just a far-out conjecture. 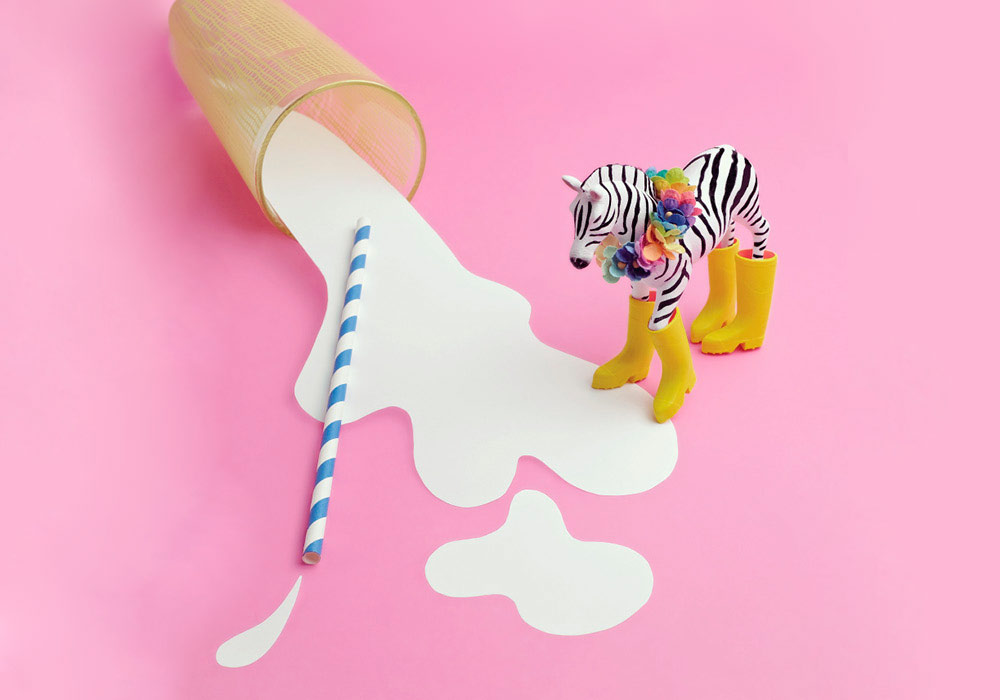 At 50-years-old, barf is a newbie compared to puke, which erupted into our language in the late 1500s. In fact, William Shakespeare wrote of “puke-stockings” in King Henry the Fourth—but that puke is different than today’s liquid projectile. In 1598, puke was the English form of a Dutch word for “the best grade of cloth.” So “puke-stockings” weren’t the equivalent of barf bags; they were just really nice socks.

Two years after the puke socks hit the cobblestone market, Shakespeare used puking in As You Like It. This time, puke meant “vomit.” Either the word came into being as an imitation of what it sounds like when people spew, or it derives from the Dutch word spugen, meaning “to spit.”