Is that pretty much the limit of your pirate lingo? With perhaps a shiver me timbers in the wings if you need it? With so many excellent pirate terms, don't stop there!

We start with parlay. In the Pirates of the Caribbean film series, parley (sometimes rendered parlay) is part of the pirate's code of conduct, involving negotiation with enemies under a truce

A parley is a "discussion, conference," also a verb for holding such a conference (or, more generally "to talk.") It comes form the French parler, "to speak." 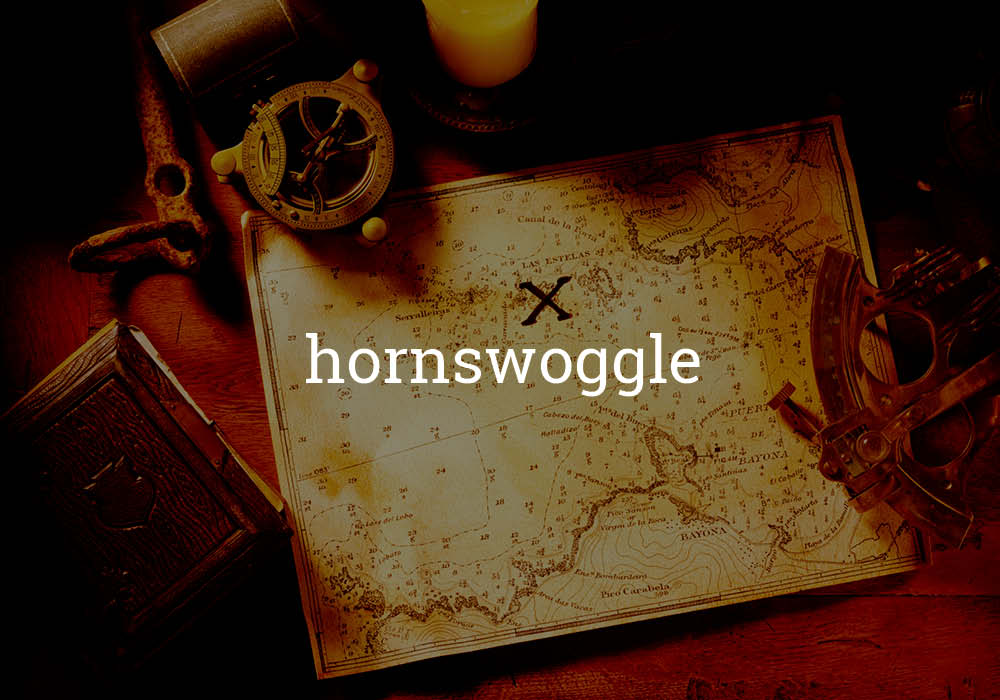 We know that pirates have a unique code of conduct, but hornswoggling is frowned upon by salty dogs and landlubbers alike.Hornswoggle means "to swindle, cheat, hoodwink, or hoax."

Smart pirates probably know better than to hornswoggle anyone bigger and meaner than themselves. 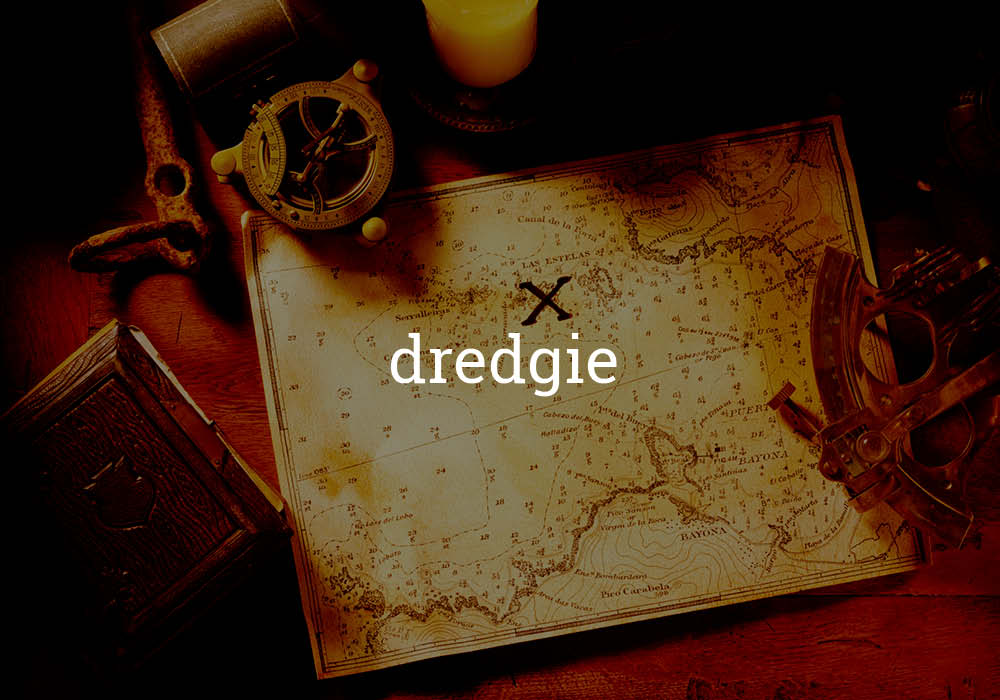 In popular pirate tales, dredgies are the ghosts of traitor pirates who've met a nasty end at the hands of another pirate. Spooky.

Maybe they've been so named because it's as if they were dredged up from the seafloor?

Or, perhaps the term is connected to the Scots dredgie, "a funeral feast," related to dirge. 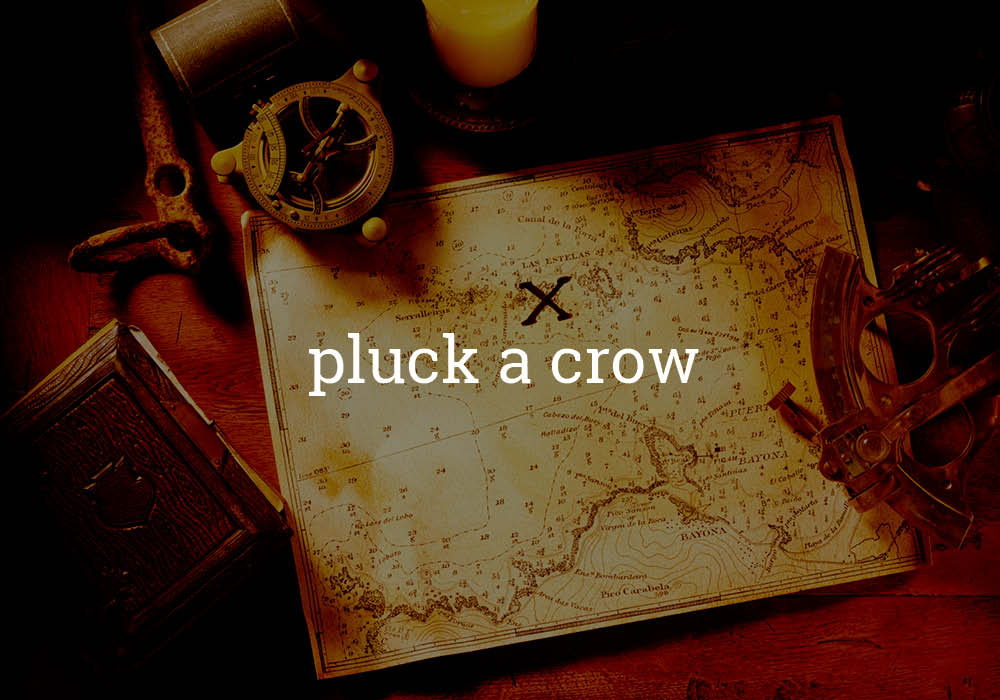 To pluck a crow (or have a crow to pluck) is similar to picking a fight: It isn't a physical brawl, but you definitely have a bone to pick with a fellow peg leg. 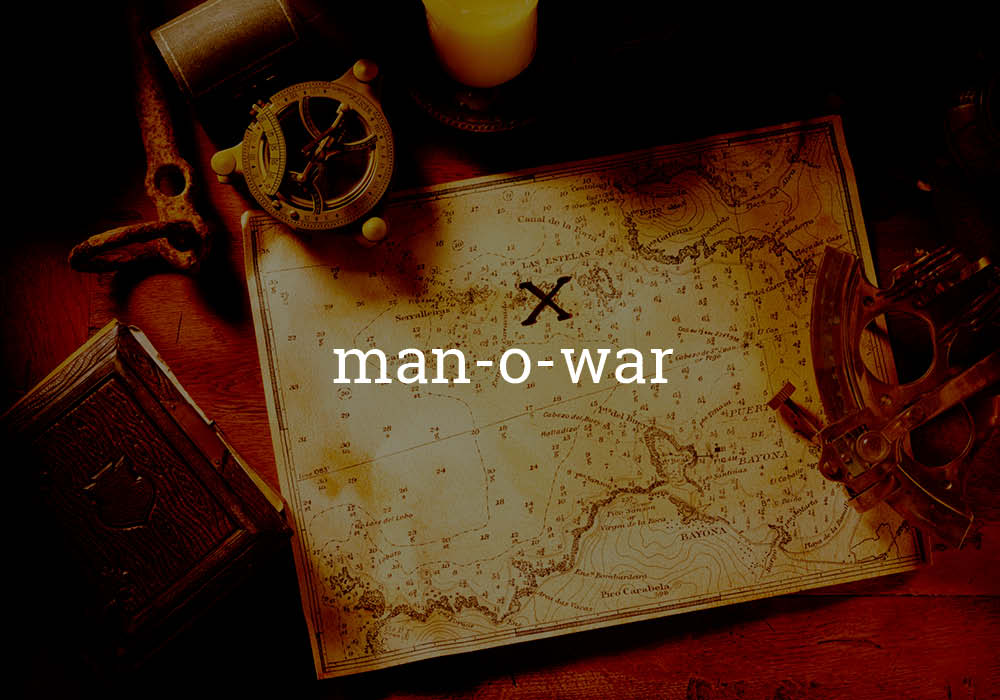 A man-o-war (or man-of-war) is a ship that's been prepared for battle. It originally meant "solider."

These days, you may hear this phrase when referring to the Portuguese man-of-war, which looks like a type of jellyfish, but is actually a colony of polyps.

The colony has a sail-like structure that floats above the water and a stream of long, venomous tentacles beneath the waves. 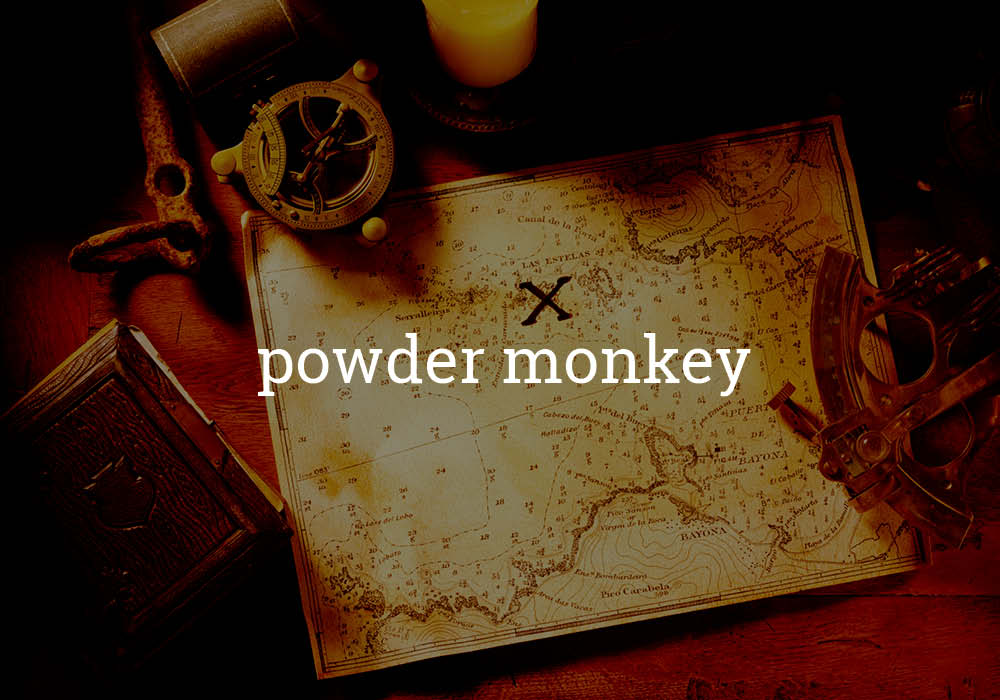 A powder monkey was a boy (linked to a monkey) employed on warships to carry gunpowder from the magazine to the guns. 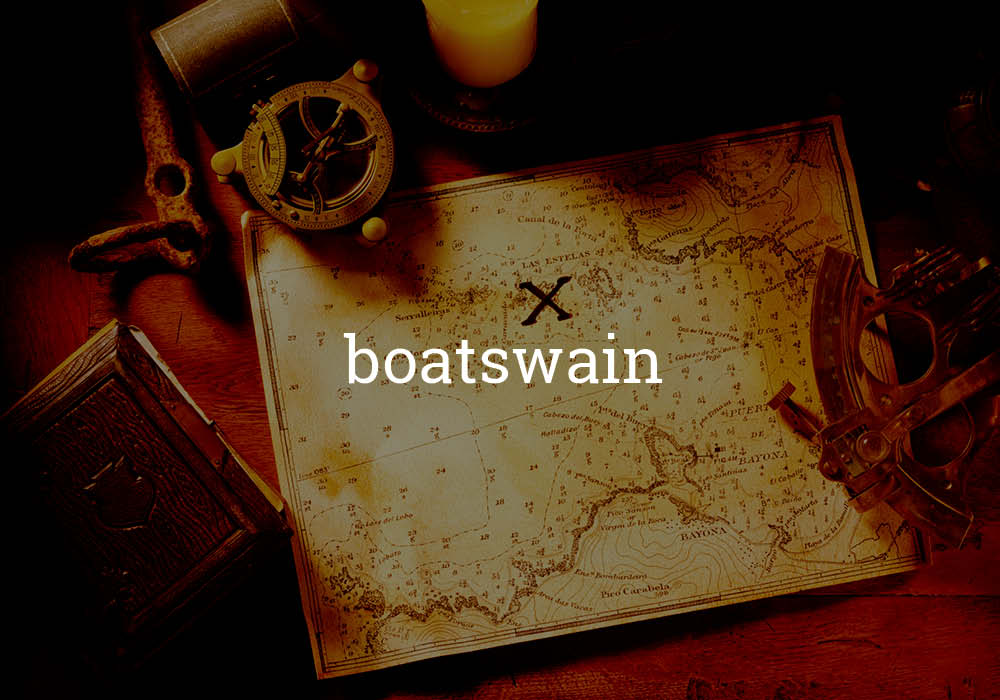 A boatswain, pronounced [boh-sun], is a crew member in charge of the deck.

When you hear "hoist the sails" (as we're sure you often do), it's the boatswain's job to get that done. 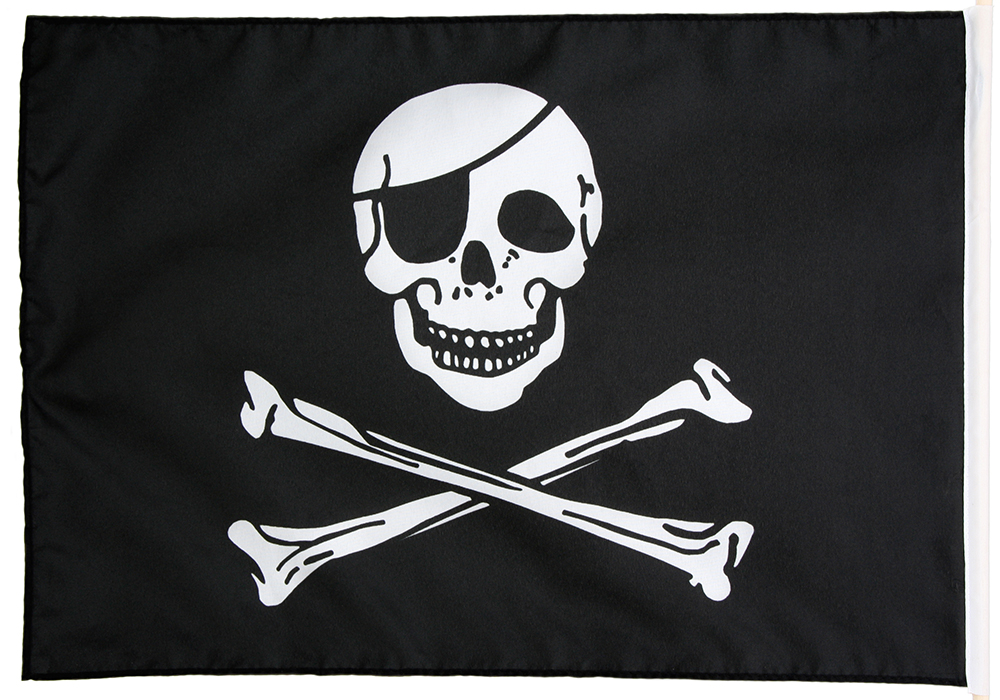 The Jolly Roger is the black skull-and-crossbones flag flown from pirate ships, 🏴‍☠️.

Of course, this ominous sign is a favorite fashion emblem, appearing on everything from hats to shoelaces. 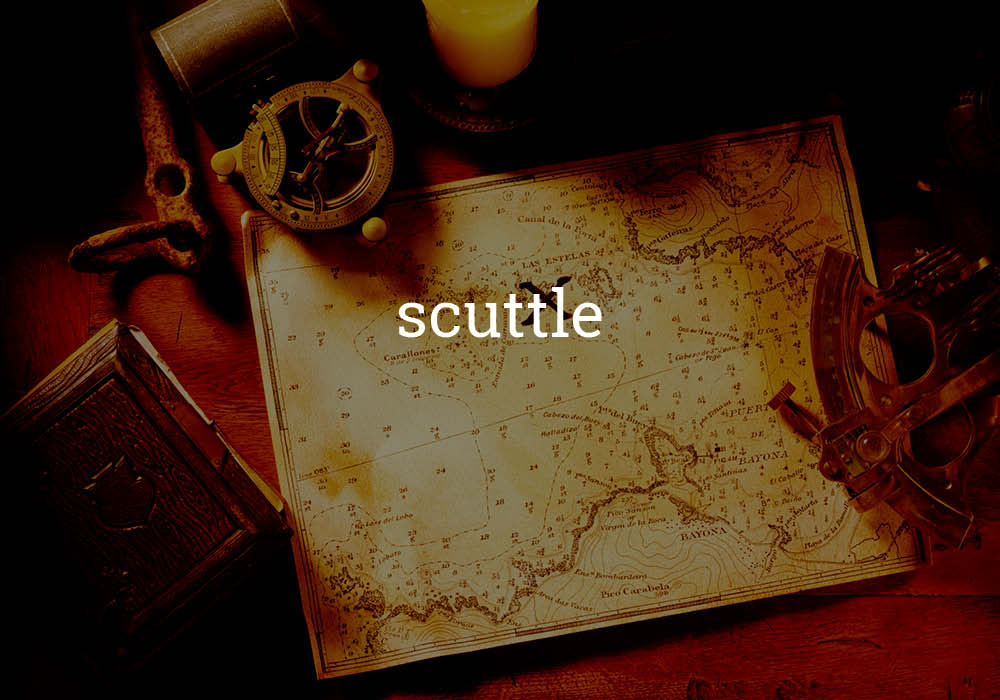 Among other senses, to scuttle a ship is to sink it intentionally, often by opening seacocks (types of valves) that let water into a ship's hull. 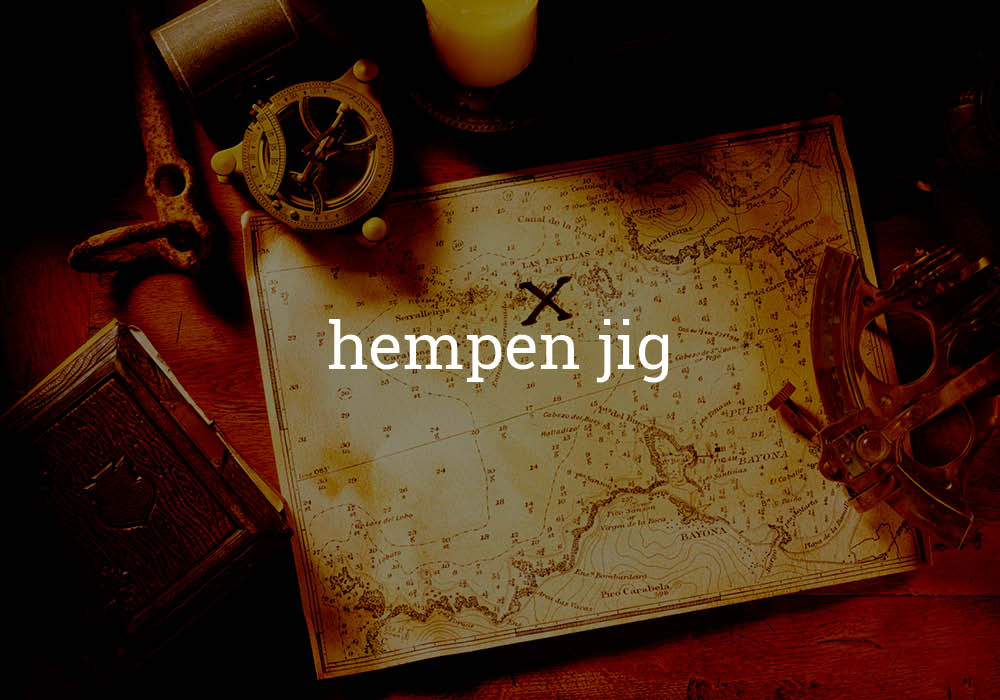 Hempen refers to something made from hemp, a plant with tough fibers excellent for making rope.

In popular accounts of pirates, hempen halter is a hangman's noose, and to dance the hempen jig means "to die by hanging." 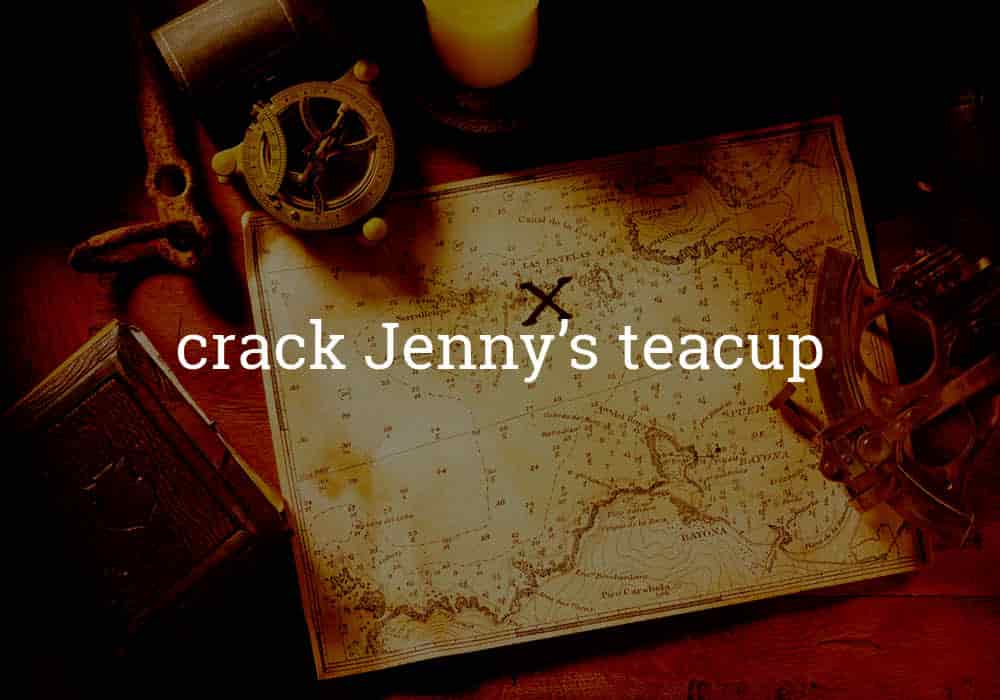 To crack Jenny's teacup is a euphemism that describes time spent in a house of ... loose morals. 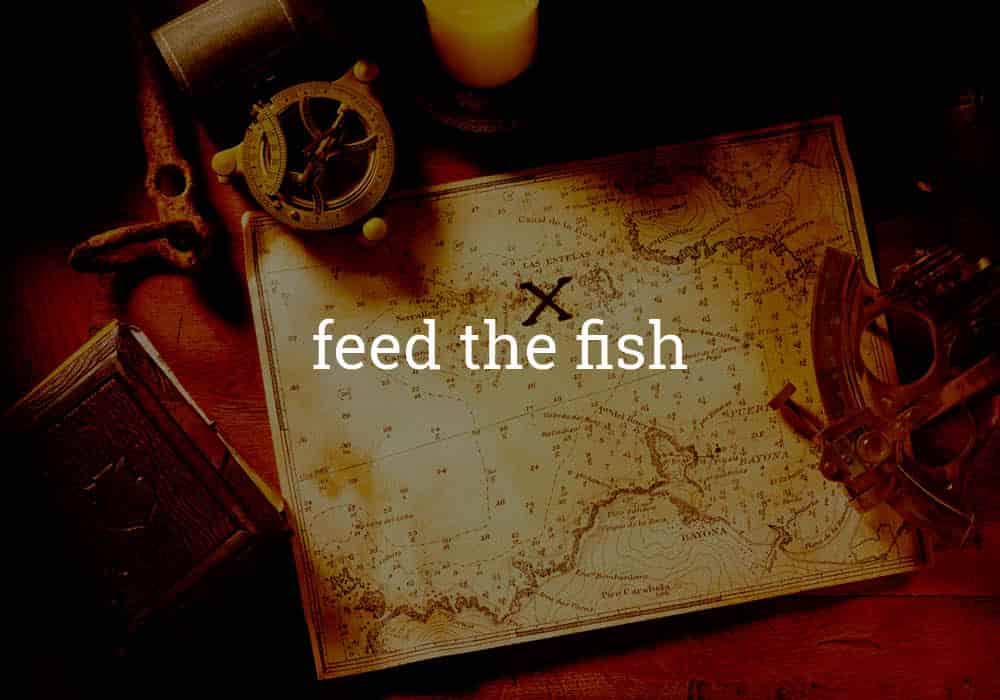 If Ol' One Eye snarls that you're about to feed the fish, he isn't referring to his pet goldfish.

He means you're going to die by drowning.To feed the fish can also refer to getting sick over the side of a boat, but no true pirate would admit to doing that. 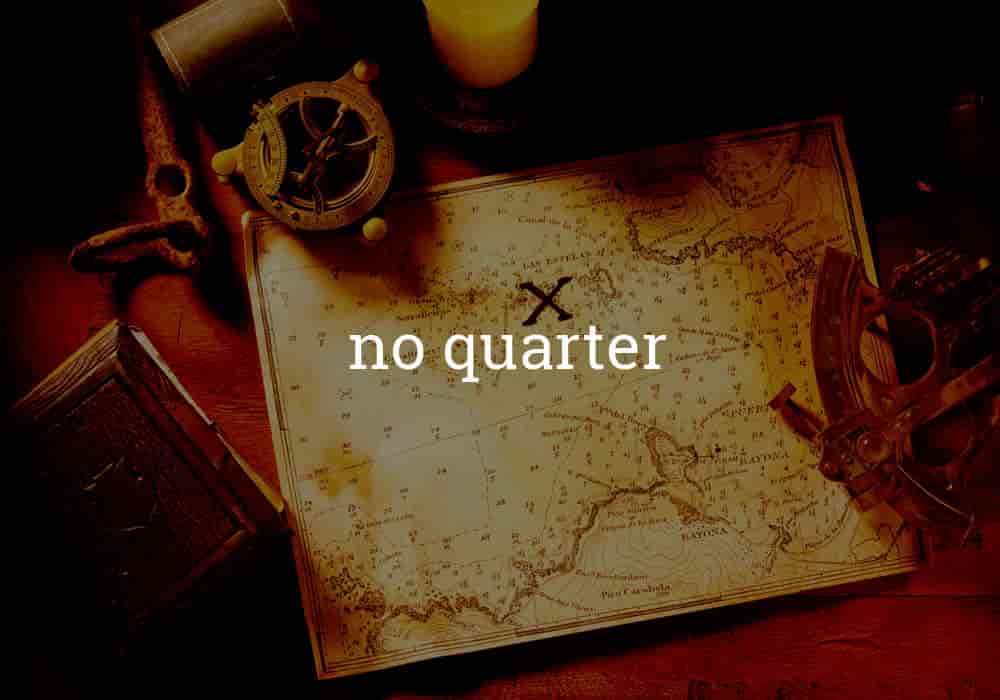 Pirates can have a heart!

If given quarter, it means you've been given another chance at life.No quarter, on the other hand, means that you're about to feed the fish. 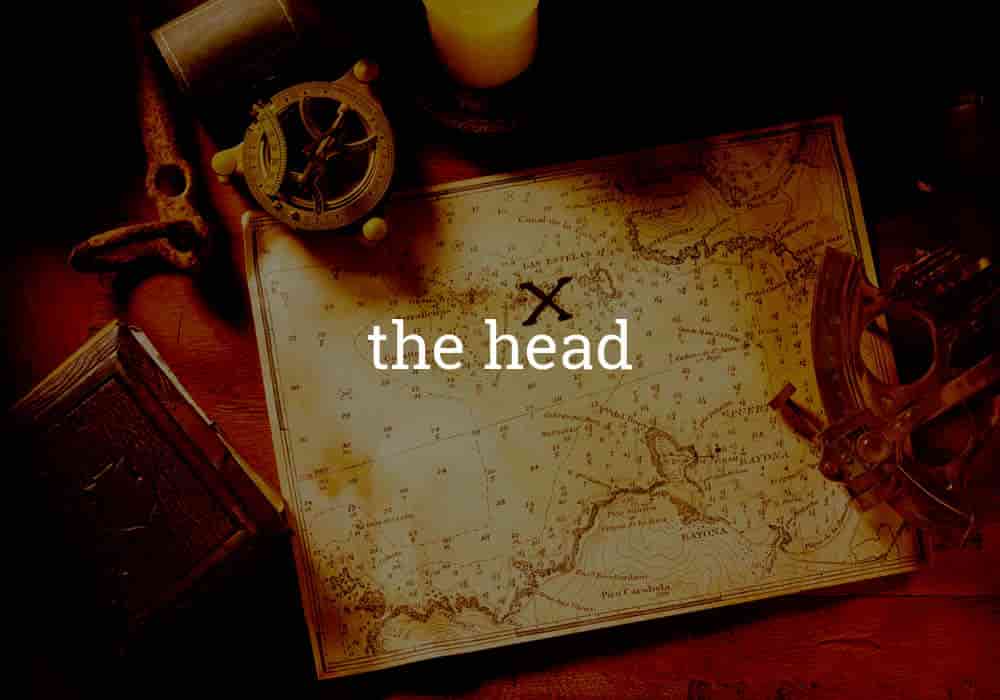 The head is an old mariner's term, first recorded in the early 1700s, referring to the toilets.

They were located at the head (bow) of the ship, where they could easily be washed out. 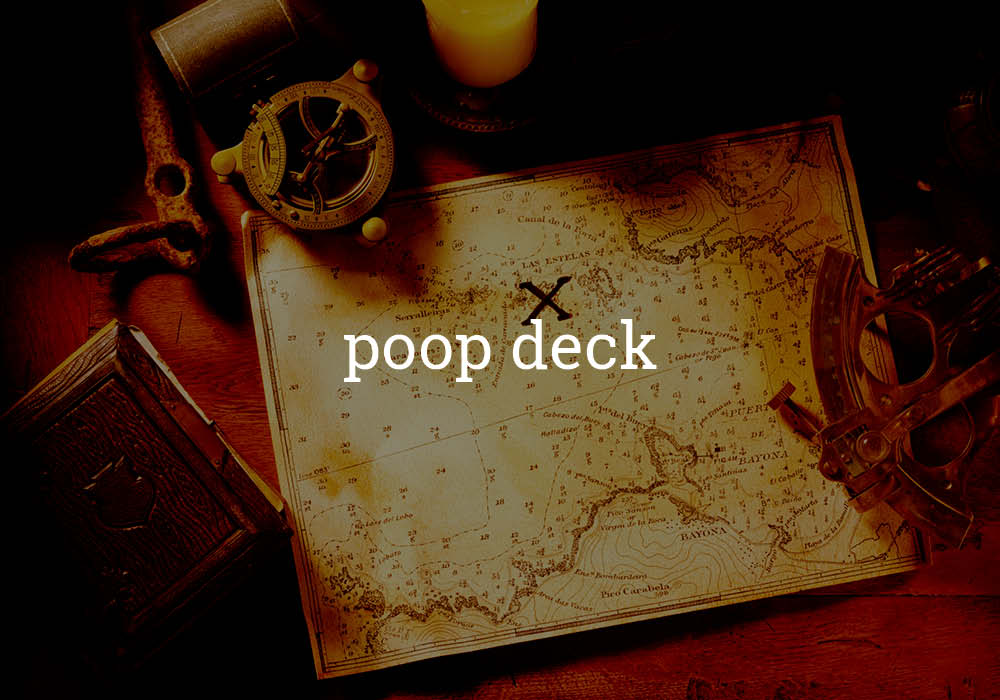 The poop deck has nothing to do with the toilet. It is actually an elevated deck above the poop (seriously, that's what it's called), a structure on the stern of a boat.

This clearly pirate-worthy term comes from the French pouppe, from Latin puppis, "the stern (rear) of a ship." 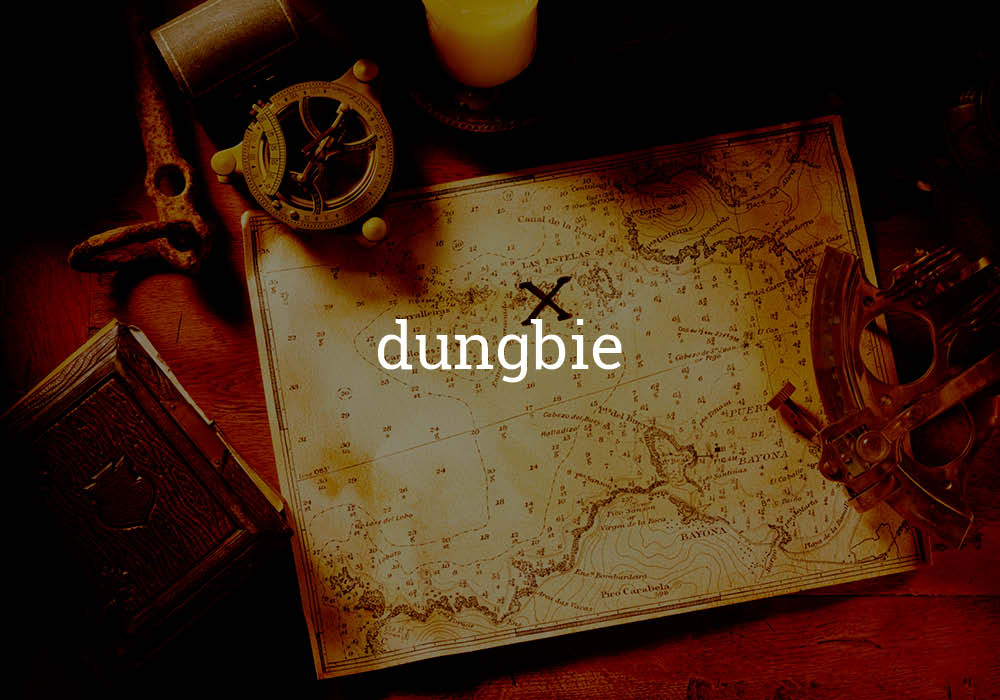 A dungbie is popularly thought to refer to a pirate's "rear end." Bum. Bottom. Buttocks. Derriere. Rump. Behind. Fanny. Keister.

You get the picture. 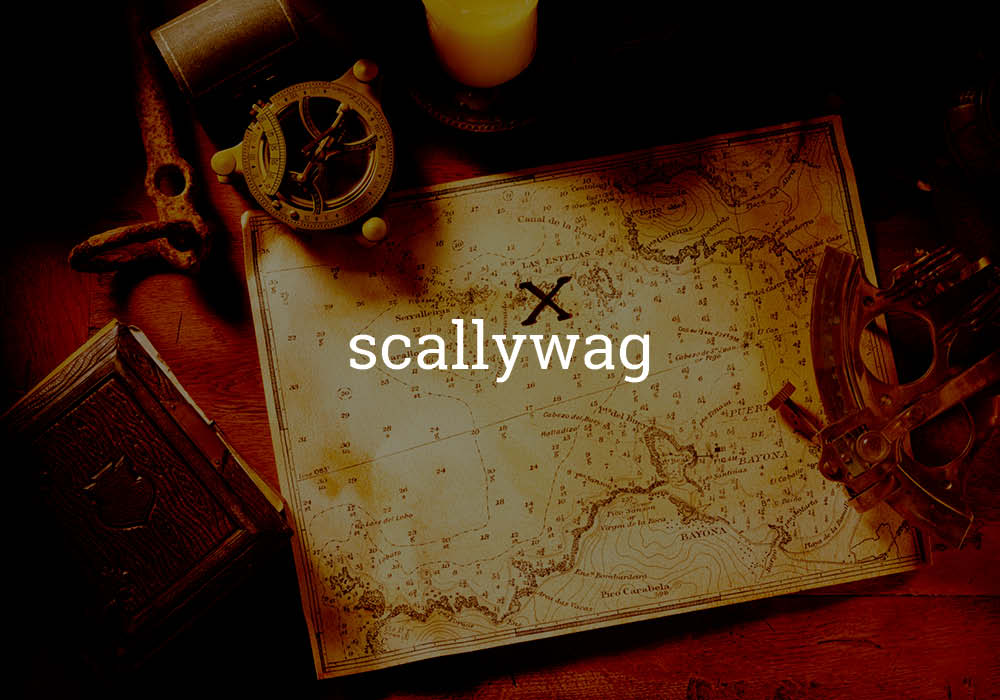 A scallywag (or scalawag) is an insult for any pirate deemed a "rascal."Son of a biscuit-eater is "a son of solider or sailor," with that biscuit-eater sounding an awful lot like it's replacing a coarser word. 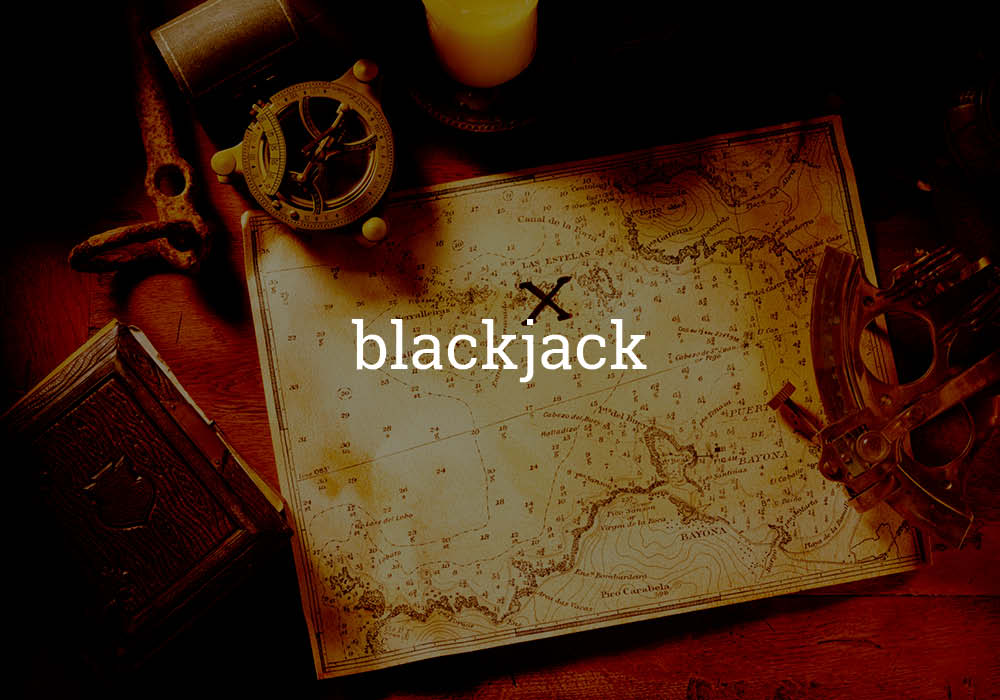 Blackjacks (also called bombards) are large drinking cups, originally made out of leather and stiffened with tar. 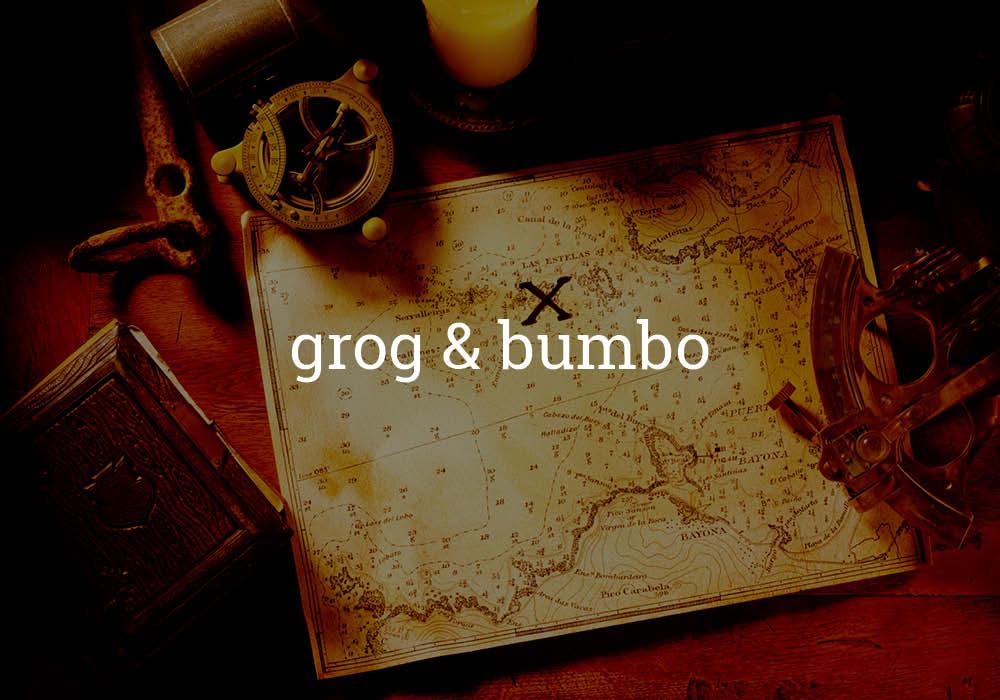 What good is a blackjack if it's empty? Pirates certainly know how to take advantage of a good drink. Back in the day, grog was a mix of water and rum. It's the source of groggy.

It's name comes from Old Grog, alluding to his grogram cloak, the nickname of Edward Vernon (d. 1757), the British admiral who in 1740 ordered the alcohol mixture to be served, instead of pure spirits, to sailors.Bumbo is version of grog, containing a little sugar and nutmeg. 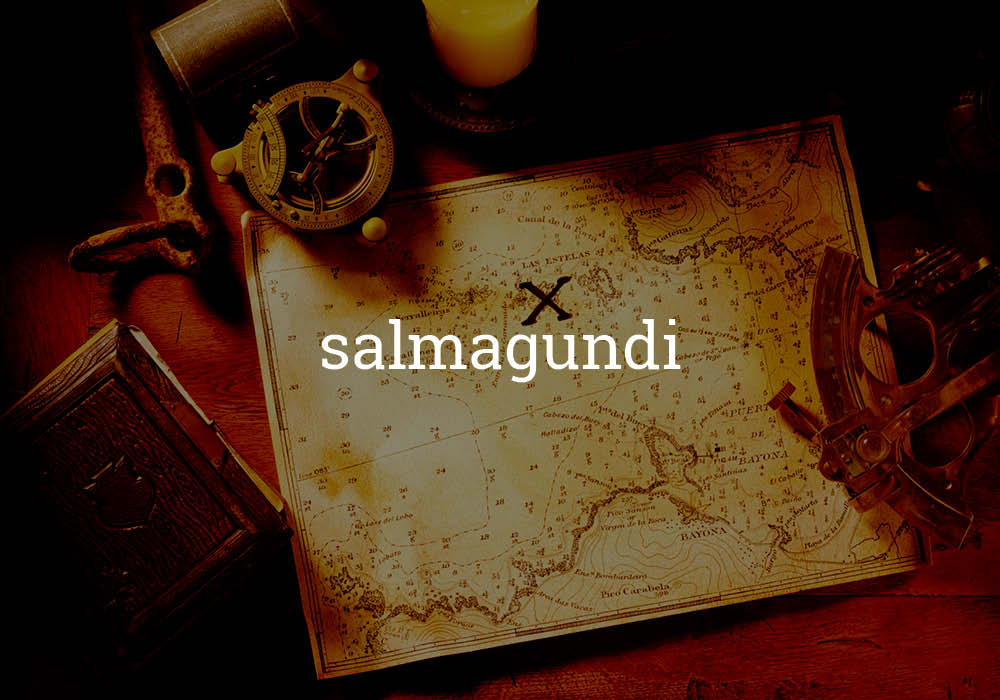 A fancy meal of salmagundi might be served when celebrating a successful plunder: chopped meats (whatever was handy), anchovies, onions, oil—and cackle fruit ("chicken eggs" in pirate-speak).

It's a great word for "any mixture or miscellany."

Finally, every pirate has to know about Davy Jones’s Locker. This is a term for the "ocean's bottom," especially when regarded as the grave for all who perish at sea.

So, avast, ye fearless sailors, heed these words before the grog might settle in, and watch for a slip of the hempen halter should you misbehave!