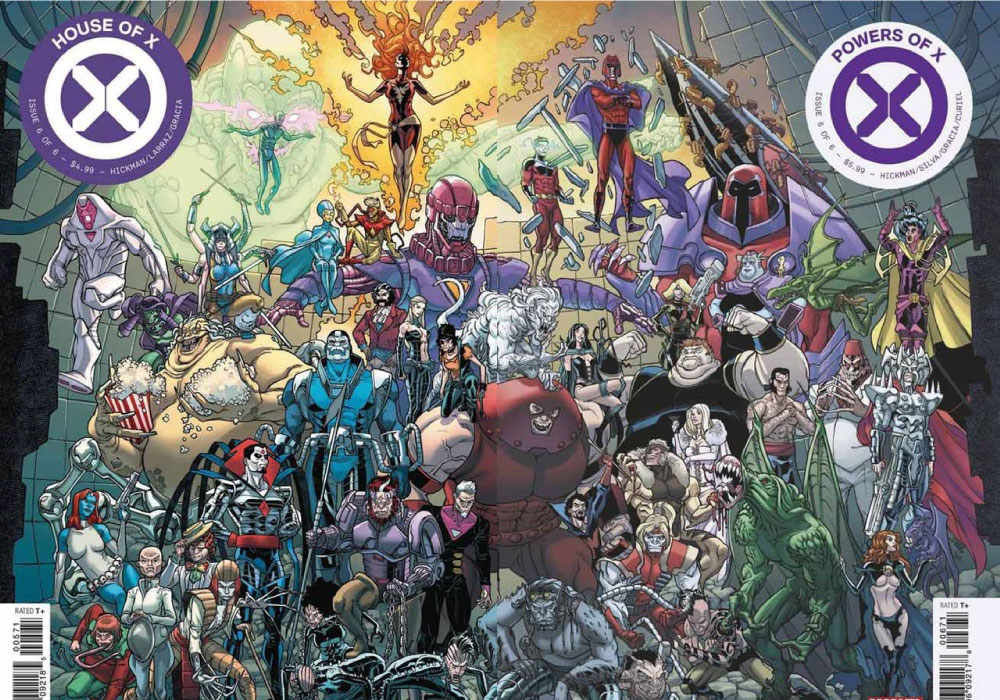 Most linguists refer to language as a living thing, due to its ability to change and adapt over time, but can the same be said for mythical languages? You know, like the languages that your favorite authors created to help tell the stories of the elves of Middle Earth, the heir of Slytherin, or the Dothraki horse tribes that roam the plains?

For some of those languages, the answer is yes, because those worlds are still being created and built. For others, the answer is sadly no, since their creators have long since passed, taking the secrets of their languages with them.

The good news is that you can still become fluent, or in most cases partially fluent, in some of your favorite mythical tongues. You can also learn the technicalities behind how the languages were created.

Read on to see which literary languages are still alive and well, and which are as dead as the Khal himself. 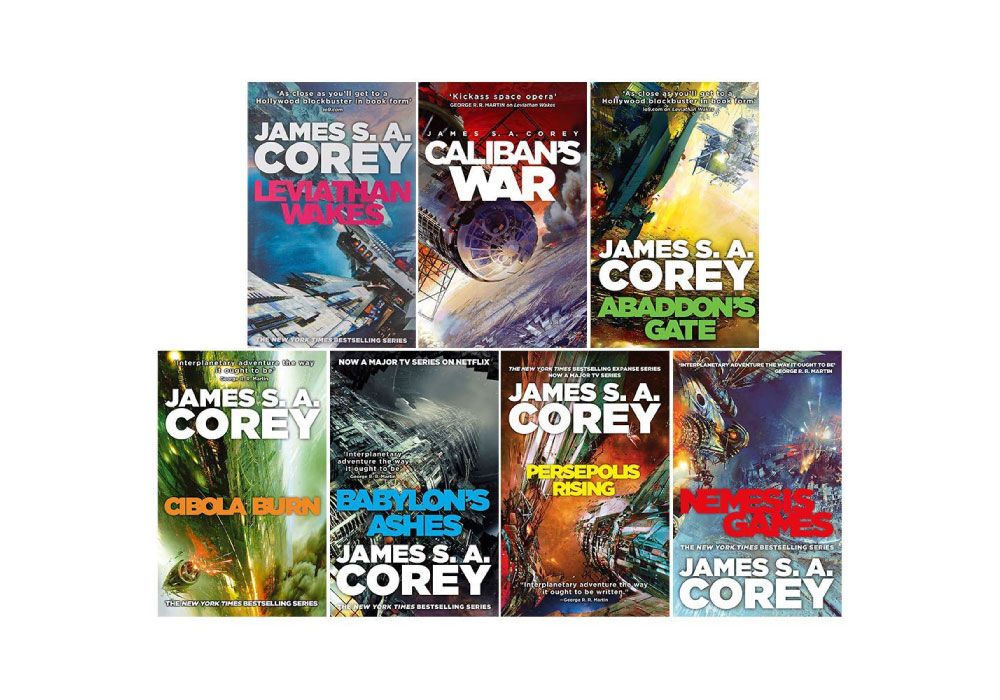 “Belter Creole” in the Expanse series

When you think about the language that will be used by the future of mankind—who live and work across the solar system, like the characters in James S. A. Corey’s Expanse series do—you may not immediately think of a creole language. But that is exactly what writers Daniel Abraham and Ty Franck envisioned.

The two authors behind Corey’s pen name wrote the language of the Belters (the migrant workers who will leave Earth 200 years in the future to find work among the stars) as more of a dialect. However once the series was adapted for the screen, Belter Creole become an entire language of its own.

Linguist Nick Farmer created the The Expanse television show’s complex language while keeping parallels to Earth’s present-day migrant experience in mind. Farmer wanted the way creole-based languages originate (with a language base that allows speakers of multiple other languages to communicate in a blended tongue) to be at the heart of The Expanse’s spoken word.

A blend of Chinese, Japanese, Slavic, Germanic, and a few more of Earth’s common languages, Belter (as native speakers refer to it) uses a Latin alphabet and follows the subject-verb-object order.

Although there are some custom letters tucked into the language, a tumang (that’s Belter for "an Earther"), could probably pick it up with a little practice. Just remember to use key phrases, like Im ta nating ("you’re welcome"), when dealing with a Belta (an inhabitant of the Belt) and you should be just fine.

"Krakoan” in the House Of X and Powers Of X series

The latest incantation of the X-Men franchise includes Krakoan, a language used by mutants living in the nation-state of Krakoa. According to Jonathan Hickman, the language was created by the character Douglas Ramsey (code name: Cypher). Cypher’s mutant power is the ability to decipher languages, so he was a natural when it came to creating a language that mutants could use to communicate.

Every mutant who arrives on Krakoa has the language input directly into their brain by telepathy, so that they can become fluent in the mutant-only tongue the moment they arrive. Hickman has provided a language guide for his non-mutant readers, which can be found inside issue number three of House of X. The guide shows what the entire alphabet looks like to those of us without a mutant Rosetta Stone.

Some of the symbols used by Hickman can be linked back to Egyptian hieroglyphics—when turned upside down, the symbol for T turns into the symbol for Th, which is similar to the ancient hieroglyphics—but for the most part Hickman’s cipher seems to be one largely of the author’s own making. That may make readers looking to become fluent in the language a little frustrated, since non-mutants haven't heard the words uttered as of yet.

Hickman’s reason for creating the one-on-one English language cipher, which alienates humans while bringing mutants together, appears to be under wraps while the series is still ongoing. 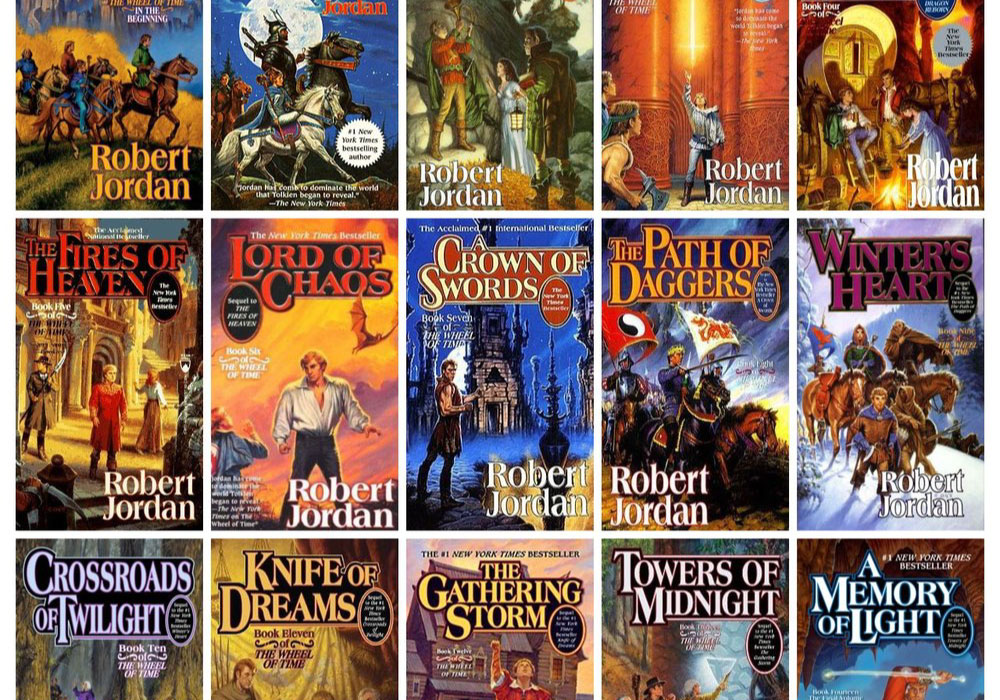 “Maiden handtalk” in the A Wheel of Time series

There are several languages in Robert Jordan’s A Wheel of Time series, the Old Tongue and the Trolloc tongue among them, but only one of them is communicated in complete silence. Maiden handtalk is the sign language-based form of communication used by the maidens of the Aiel.

The series of hand signals is used to communicate between current maidens, and is something that has never been shared with anyone who is not also a woman of the Aiel. Maiden handtalk was the perfect way for the women to share secrets and create strategies together.

Jordan passed away before he could finish the twelfth and final book in the series, but he left copious notes behind so that another author could pick up where he left off and finish the saga. Those notes led to three more books for the series. Unfortunately, fans will never know why Jordan gave his maidens a secret way of communicating.

For now, readers will have to imagine what Maiden handtalk looks like. The books do not offer much in the way of a description of the language. It is often explained as characters moving their fingers in “complex motions.” Of course that will all change once the series debuts on Amazon’s streaming service. 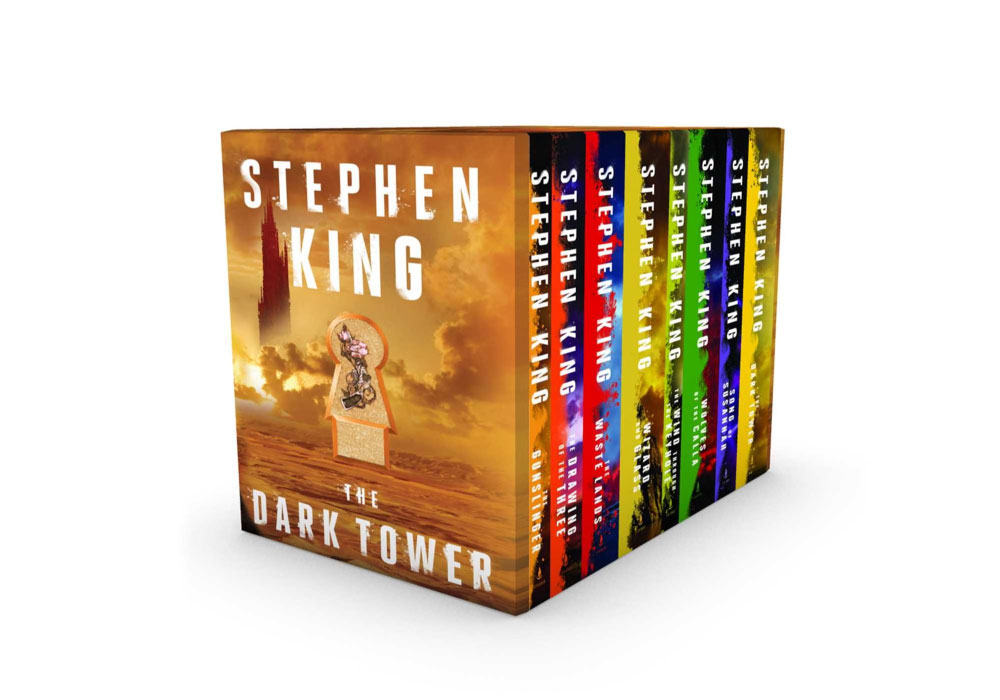 “High Speech” and “Low Speech” in the Dark Tower series

Readers familiar with Stephen King’s work may recognize "Hile, gunslinger" as the appropriate greeting between two gunslingers, but what about the other inhabitants of Mid-World? What do non-gunslingers say to one another in the land where the Dark Tower saga unfolds?

In the expansive universe created by King, there were two common languages that separated the upper echelon from the rest of the citizens of Mid-World: Low Speech, which was the more commonly-used language (and the one that most resembles English) and High Speech, which was once reserved for gunslingers and other ancient, otherworldly, or royal groups. While Low Speech could be heard daily by anyone living in Mid-World, High Speech was reserved more for prayer or uncommon phrases.

The language may have been created to give a gunslinger’s words and history more weight, but it also serves to weave a common thread through many of King’s stories, since variations of High Speech can be found in several of his books.

If you wanted to be among the special few permitted to use High Speech in the Dark Tower universe, you needed to finish your gunslinger training first. With that task accomplished, you would be allowed to utter phrases like Ka-Tet (one from many), Dinh (leader or king), and Bah-Bo (baby, or term of endearment).

High Speech is not something a reader can speak fluently, but you can certainly become familiar with the phrases and their meanings. 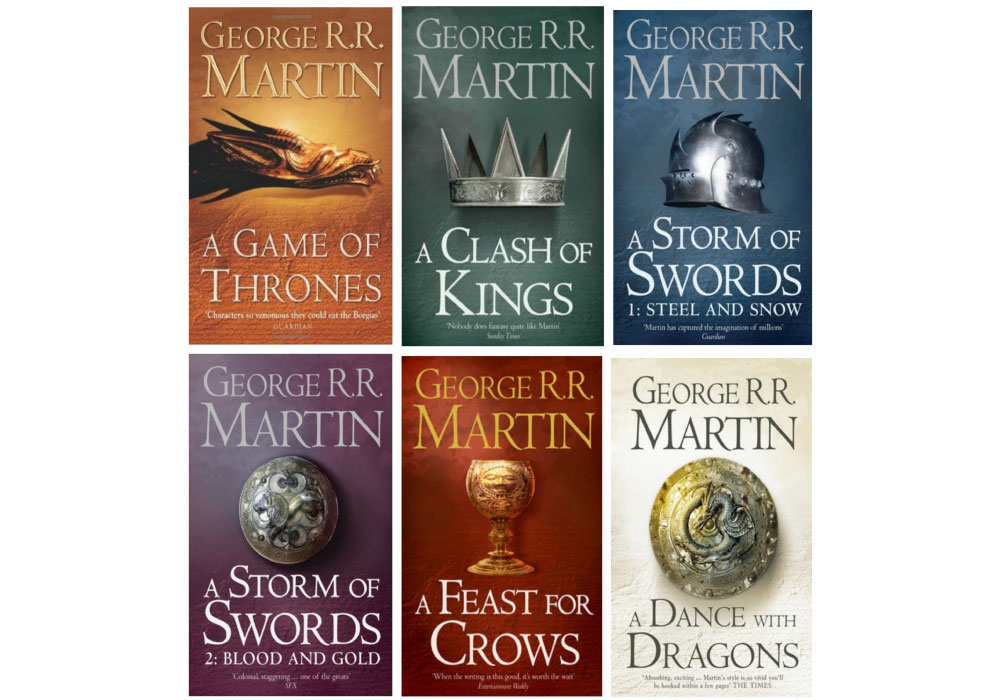 "Dothraki" In the A Song of Ice And Fire series

The version of Dothraki that actor Jason Momoa brought to life in HBO’s Game of Thrones, an adaptation of George R.R. Martin’s A Song of Ice and Fire, is an expansion of the one referenced in the books.

David Peterson, who created the Dothraki that appears on the show and later created the Valyrian language that was used in season three, has said that he believes his iteration of the made-up language sounds like a mix between real-life Arabic and Spanish. Peterson kept the version heard on the show in-line with Martin’s original vision of the language, a spoken word that separated the nomadic tribe from other clans, while making sure that it was easy enough for the actors to learn.

There are 23 consonants and only four vowels used in the Dothraki tongue. Those who lived in Martin’s fictional world would probably have never seen any of those letters written in books because the nomadic horse lords had little need for books.

Hearing Dothraki spoken in the wild may have raised some alarm bells for travelers who found themselves in unfamiliar lands. Phrases like, Khal ahhas arakh might have been especially concerning, considering it translates loosely into, “the Khal (king) sharpened the arakh (a sword with a curved blade favored by the Dothraki).”

The language follows a subject-verb-object format and has over 3,000 words. Next to Tolkien’s Elvish, it is considered to be one of the most elaborate languages created by a storyteller. 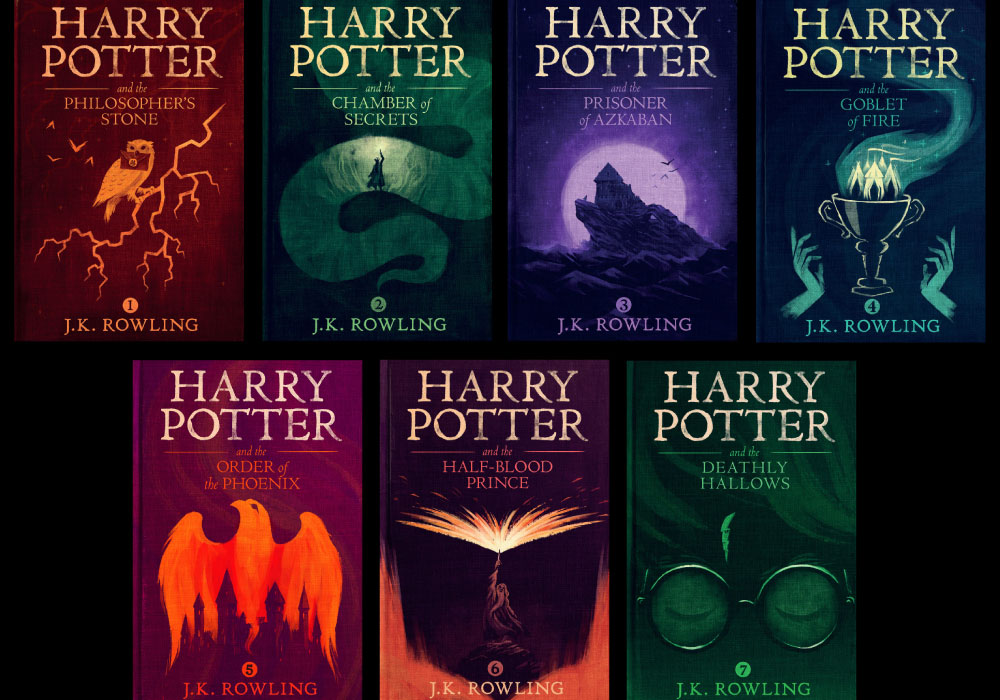 “Parseltongue” in the Harry Potter series

In J.K. Rowling’s Harry Potter series, if you were fluent in Parseltongue, a language that allowed speakers to communicate with snakes, you were called a Parselmouth. While you would think that being bilingual in the wizarding world would be quite the thrill, especially since it involved communicating with animals, it was actually quite the opposite. Parselmouths were often associated with Harry Potter’s arch nemesis Lord Voldemort, and therefore thought to be in a league with He Who Must Not Be Named.

Rowling says she named the snake-inspired language in her books (which first appears in the second book in the series, Harry Potter and the Chamber of Secrets) after an old world term that meant “to have a problem with one's mouth.”

To non-speakers, Parseltongue sounds like hissing. If a witch or wizard wanted to pick up the sssssskill on their own, they would be out of luck unless they were a direct descendant of Salazar Slytherin. The ability to speak to snakes was largely believed to be an inherited trait (or one that indicated you were Dark Wizard). 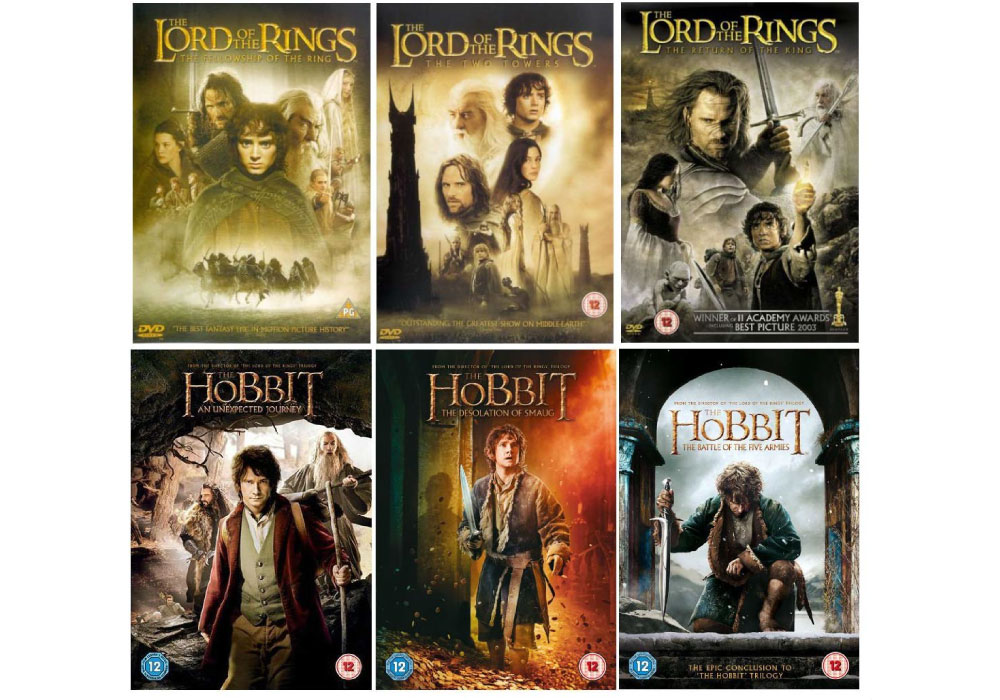 If you have ever tried to speak a few words of Elvish, you may already be aware of how difficult the language can be to master. J.R.R. Tolkien once even joked about the complexity of the language he created for his book series. “For one thing, of course, Elvish is too complicated," he told the BBC. "I’ve never finished making it!”

There are many different versions and dialects of Tolkien’s language. All of them stem from the original Primitive Quendian, which he has said was one of the first things he created when building the world of Middle Earth.

The languages' beautiful script is as unique as the spoken tongue, which some have said is loosely based in Finnish, Latin, Greek, and ancient Germanic.

Fortunately, you do not have to be a member of one of the clans of “High Elves” to speak Quenderin. There are many websites and books devoted to the teaching and further development of the language.

If you wanted to dabble a bit, you could greet any Elves you run into with "Quel amrun” (good morning), as long as your parting words are, “Tenna’ ento lye omenta” (until next we meet).