What does à la mean?

Borrowed from French, à la means “according to” or “in the manner of,” e.g., everyday, observational humor à la Jerry Seinfeld (as Jerry Seinfeld would make jokes). In cooking, à la refers to a way of preparing a dish, e.g., chicken à la provençale (as traditionally cooked in Provence).

Where does à la come from? 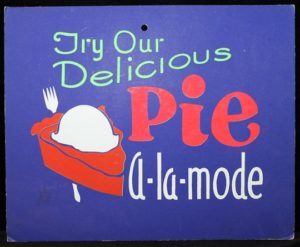 The prepositional phrase à la comes from French, where it means “according to the,” “in the manner of the,” or “to the.” What follows “the” (la; à variously means “to, at, in, etc.”) in French is a feminine noun or adjective. For instance, tarte à la rhubarbe is “rhubarb pie” while the 2019 film L’Adieu à la nuit is “Goodbye to the Night.”

À la was recorded in English by the late 16th century. It appears in a few common phrases English also borrowed from French: à la mode, used in English to mean “in the current fashion, fashionable.” Pie à la mode is pie (or other desserts) topped with ice cream, once a fancy trend to describe such desserts starting in the late 1800s. 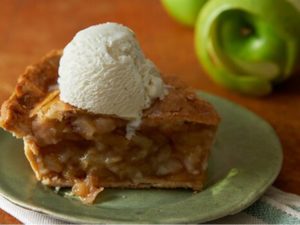 Another culinary à la appears in à la carte (French, “according to the menu”), referring to ordering items on a menu separately and at their own price (i.e., you don’t have to order a fixed meal, but just the foods you want).

À la carte can be now used figuratively to describe someone who picks some things out of a larger set, e.g., an à la carte Catholic who (conveniently) believes in some aspects of the religion, but not others. À la carte television refers to customers paying for just channels they want, rather they having to pay for a whole (cable) service.

Just found out I'm considered an "à la carte Catholic" because I pick and choose to follow certain Catholic teachings/traditions (e.g. Christmas) but denounce many others.

I'm definitely going to use this from now on

Meat à la Bordelaise was served with a red wine and beef broth sauce, originating from the French region of Bordeaux.
Annie Ewbank, Atlas Obscura, April 2018
I haven’t thought as carefully about this as you but I think for years people were saying Microsoft needed to embrace the fact that it’s an enterprise company and stop trying to chase consumers a la Google and Apple ...
@jyarow, April 2019 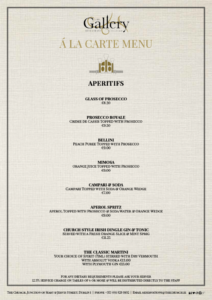 In English, à la has become an useful shorthand to indicate something (art, music, writing, etc.) is done in a manner or style similar to something else. In this way, à la is not unlike e.g., (“for example”) or like/as in. What follows à la is often an artist, public figure, or cultural product, e.g., a nostalgic teen sci-fi drama à la Stranger Things.

hi uhhhhhh if anyone has invented like. a way to erase memories? a la eternal sunshine? please hmu i want to forget "green goblin" exists at all thanks

As noted, you’ll also encounter à la in culinary contexts, naming specific dishes or styles of preparation. One is chicken à la king, supposedly named for E. Clark King, a New York hotel owner. Some people may apply à la in their own cooking for an ironic flourish.

so tonight on menu a la michelle is fish fingers in toasted bread with a layer of tomato sauce. i will make an amazing wife one day…

Because English users don’t know or don’t want to use (especially online) French accent markings, à la often gets spelled just a la or even as ala (or wrongly marked as á la, a’ la), which can make it easily confused with an abbreviation for, say, Alabama (Ala.) or organization names, such as the American Library Association (ALA).

Some writers may put à la in italics to show it is a foreign phrase, but it has become familiar in English that it necessarily doesn’t require italics.

This is not meant to be a formal definition of à la like most terms we define on Dictionary.com, but is rather an informal word summary that hopefully touches upon the key aspects of the meaning and usage of à la that will help our users expand their word mastery.