Everything God is preparing for you is worth the wait! ⚜
@_EverydayJesus_, July, 2018
i had to call upon the strength of beyoncé to get through all the one million things i had to do today. i'm so ready to be in new orleans. ⚜
@crissles, July, 2018
We’ll be pulling in to #exeter this Saturday for our favourite cheesy event @cheesefestuk 🧀 See you there for our authentic, Québec #poutine ⚜💙🇨🇦
@bccanteen, March, 2018

Here’s your quick French history lesson for the day. Legend has it that the biblical Eve cried when she was cast out of Eden, and from those tears grew lilies. Ages later, one of those lilies was said to be gifted by the Virgin Mary to Clovis, king of the Franks, upon his baptism. This made the lily both a symbol of French royalty and a symbol of the French crown’s link to the Roman Catholic church (i.e., the divine right to govern).

It helps that this lily also looks sort of like a cross, and has three petals, evoking as the Christian concept of Holy Trinity. The symbol continued to be used throughout French history, well into their colonial phase. Today it can still be seen in use by several former French colonial areas.

The fleur-de-lis was widespread and culturally significant enough that it was proposed to the Unicode Consortium in 2003. In 2005, the symbol was included as part of Unicode’s 4.1 release, where it was classified under “Miscellaneous Symbols.” In 2015, it was also part of their Emoji 1.0 set alongside other symbols like ⁉, ✅, 🔰, and ♻.

The appearance of the fleur-de-lis emoji varies by color across platforms. Apple and Google feature a gold fleur-de-lis while Samsung and Twitter feature a regal purple design, as the screenshot from Emojipedia shows below. 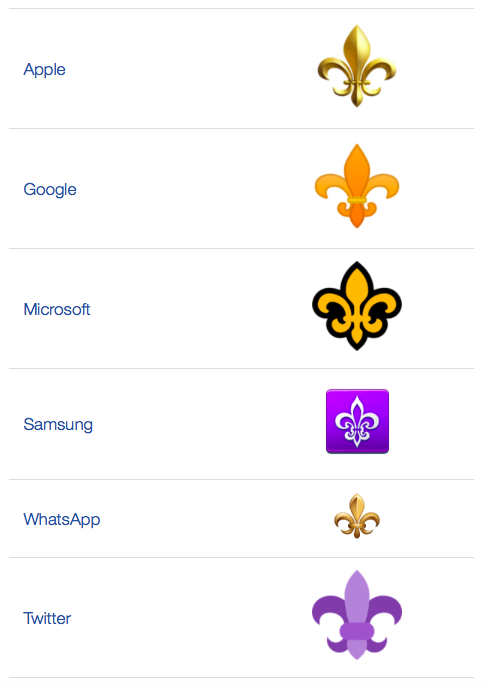 Because the symbol was so continuously used throughout French history, the fleur-de-lis was adopted by certain French colonial areas, where it continues to be used today. For example, the provincial flag of Quebec and the flag of the city of New Orleans both feature fleurs-de-lis as an homage to their French history. The New Orleans Saints football team also use the fleur-de-lis as their logo. 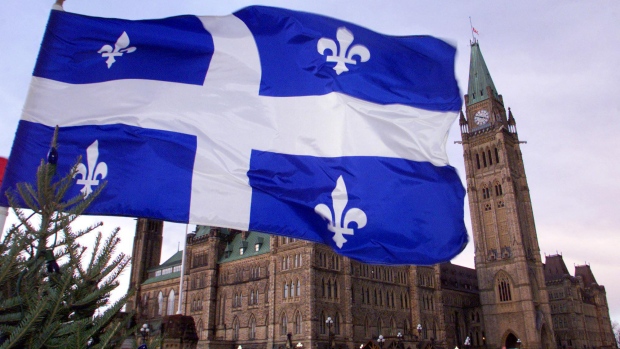 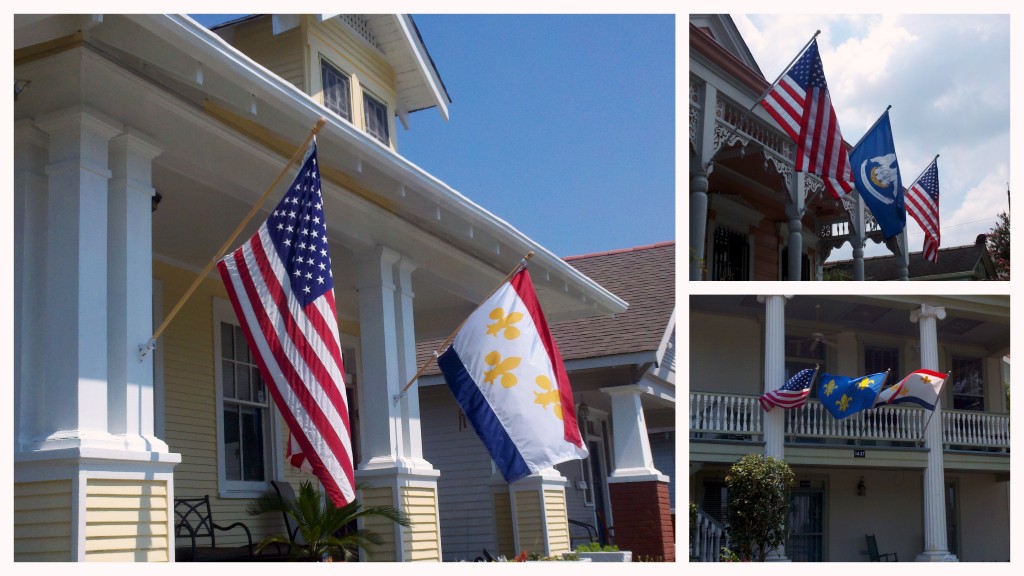 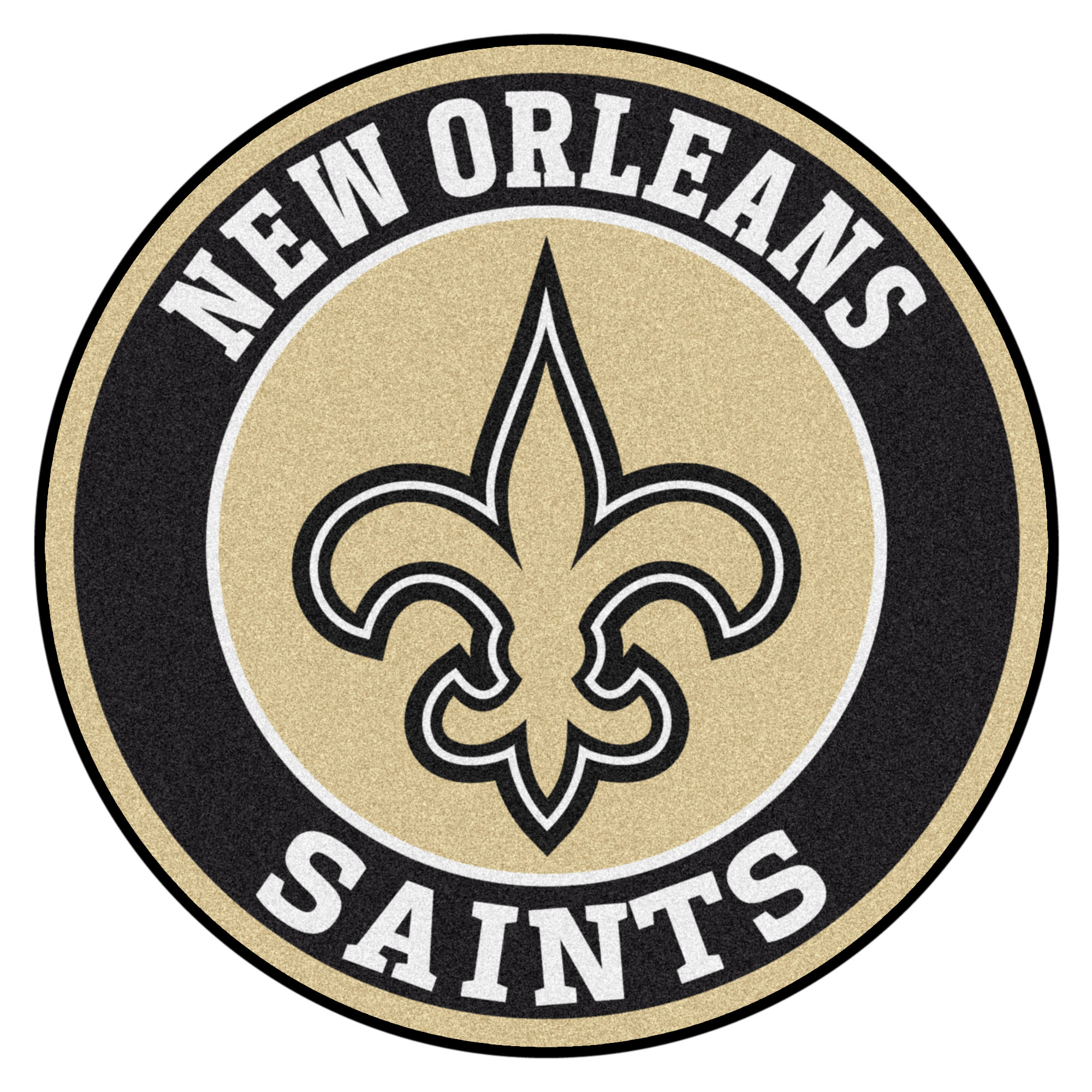 The fleur-de-lis itself is also the main feature of the World Scout Crest. The Boy Scouts of America took inspiration from the (true) north symbol on maps and considers its three petals to represent the three tenets of the Scout Promise. They also claim that at the earliest Scouting camp, in the UK in 1907, the organization’s founder issued copper fleur-de-lis badges to all participants. The fleur-de-lis emoji has earned its social-media merit badge:

What a pleasant surprise from the students of River Falls! Thank you so much for these wonderful posters ❤⚜💙 pic.twitter.com/jSli8uEYSO 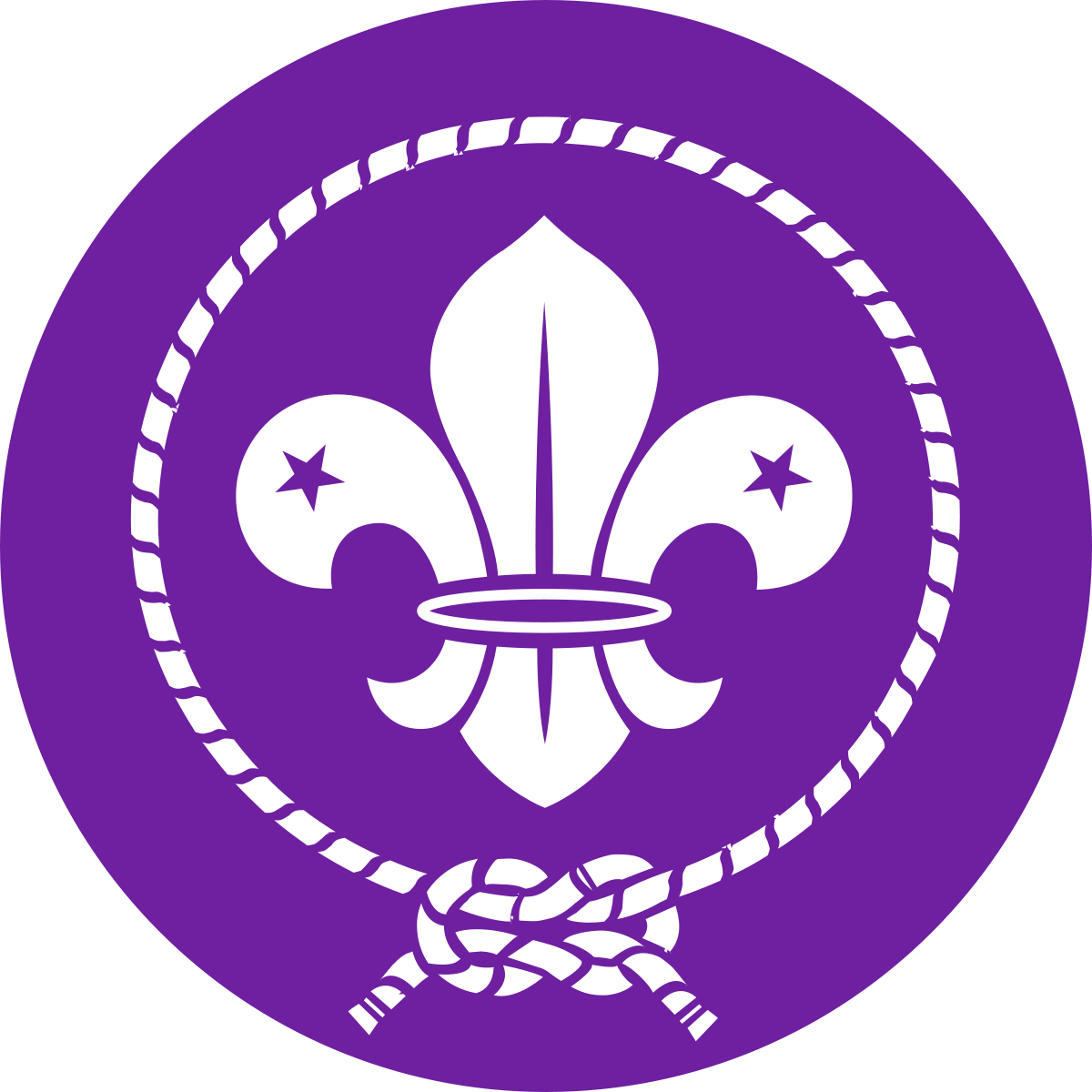 The fleur-de-lis emoji is largely used in the US in reference to New Orleans, and in Canada in reference to Quebec. It’s usually a throwback to the regions’ French roots and local pride.

Just be aware: In Quebec in particular, that regional pride is often linked to a long-standing desire to separate from Canada. That means the fleur-de-lis emoji is also used by Canadian conservatives who advocate for separation.

Naturally, though, the fleur-de-lis emoji is big for Quebec and NOLA-area sports fans.

Finally got it encased in glass 😍⚜️ #GOAT @Saints pic.twitter.com/yFlByBnWEA

You’ll also see the fleur-de-lis emoji on posts linked to other francophone places, like Belgium and, of course, France.

Sometimes, the emoji is used to add a little extra design or flair to a caption, because let’s face it, if there’s one emoji that screams “fabulous,” it’s ⚜. That or maybe jazz hands 🤗.