Caudacity is a slang term for audacity demonstrated by white people. In particular, caudacity is frequently used in reference to bold, shameless displays of white privilege and racism.

The use of caudacity overlaps heavily with the related slang term caucacity. The two terms are often used interchangeably to refer to ridiculous or offensive behavior by white people who don’t expect to suffer any consequences for their actions.

However, while caucacity is sometimes used outside of the context of racism, such as to refer to activities stereotypically engaged in by white people, caudacity is usually used in a way that implies some form of racist behavior.

Where does caudacity come from? 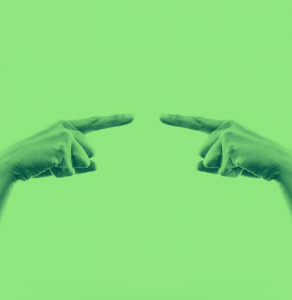 Caudacity is a combination of Caucasian, referring to white people, and audacity, meaning “shameless boldness.”

The first known records of its use come from 2015 on Twitter. Use of the term increased in 2016.

caudacity is my new favorite word

Like caucacity, caudacity is sometimes used outside of the context of racism.

However, it is most commonly used to call out instances of shameless racism and white privilege, such as a lack of empathy for nonwhite victims of crime, the downplaying of historical racial injustice, and blatantly racist behavior and language.

I'm so angry she waited decades to tell the truth about Emmett Till. DECADES. Then had the CAUDACITY to say his case ruined her life.

my roommate had the caudacity to ask me why there is a black history month but not a white history month lmao NOT TODAY SATAN.
@lashaexoxo_, February 1, 2017
It remains incredibly frustrating to watch the (distant) descendants of the Europeans who colonized our countries for spices have the audacity (or caudacity) to not be able to distinguish among them.
Anita Mannur, NBC News THINK, August 26, 2021

Caudacity is especially used by people of color to call out and mock instances of white people engaging in racism and demonstrating white privilege.

We live in a country that gave a bunch of awards to a movie about the inventing of "the mop", I'm no longer surprised by the caudacity of anything here.

One of my coworkers really believes “the white man is oppressed.” The caudacity

This is not meant to be a formal definition of caudacity like most terms we define on Dictionary.com, but is rather an informal word summary that hopefully touches upon the key aspects of the meaning and usage of caudacity that will help our users expand their word mastery.