What does Chad mean?

Use of Chad is associated with the incel community and the website 4chan to refer stereotypical alpha males.

Where does Chad come from? 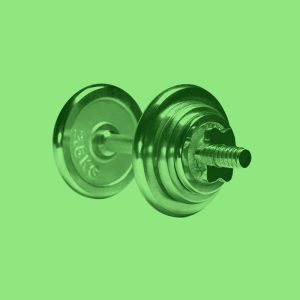 A Chad is a stereotypical alpha male: he is depicted as an attractive, successful, muscular, cocky, and very popular among women. Chads typically resemble the common “dudebro”  figure of a young, athletic white male who wears trendy clothing and only enjoys popular things.

Chad is sometimes referred to as the “male Karen,” although the two names have a significant number of differences that go beyond the division down gender lines.

Among incel groups and on web forums like 4chan, Chad has been used positively as the term for the ideal image of what a “real man” should be and Chad is idolized as the peak of masculinity. At the same time, these groups have also often expressed hatred of Chads either out of envy or resentment for having (supposedly) unobtainable qualities.

Chad seems to have originated in Chicago slang and was popularized in the 2000s thanks to a 2006 satirical website dedicated to a fictional social club, the Lincoln Park Chads Society. The web site featured numerous posts by a user named Brent having “Chadtastic” adventures around Chicago and was based on the equally fictional Lincoln Park Trixie Society. The name Chad is used as the male equivalent of the older Chicago “Trixie” slang used to describe upper-class, trendy, young, white women.

In 2008, an Urban Dictionary user added an entry on Chad that described him as a young, white man who is popular with women. In 2013, Chad resurfaced as part of the “Chad Thundercock” meme that centered on stereotypical alpha males. Often shortened to just Chad, this hyper-masculine stereotype was a contrast to the stereotype of antisocial beta males (“virgins”) that supposedly make up the majority of 4chan users or incel communities. These “Chad vs. Virgin” memes have further popularized the name Chad as an exaggerated stereotype of an alpha male.

Your not a real chad if you don't look at your self in the mirror while at the gym at least 200 times
@Dang0its0Jake, August 26, 2014
A photo of a Chicago Police Officer sporting an extreme hairstyle has gone viral for its resemblance to the popular "Chad" meme and the Cartoon Network character Johnny Bravo — but the widely-shared image has actually been altered to create the iconic look.
Margot Harris, Insider, July 20, 2020

Chad is used to describe a person who is extremely confident or acts like a stereotypical alpha male.

What a chad henry cavill is

The chad active voice vs. the virgin passive voice

This is not meant to be a formal definition of Chad like most terms we define on Dictionary.com, but is rather an informal word summary that hopefully touches upon the key aspects of the meaning and usage of Chad that will help our users expand their word mastery.