or Stacey or Stacie [ stey-see ]

What does Stacy mean?

Originally associated with so-called incels, Stacy is pejorative slang term for a woman stereotyped as extremely good-looking, but also vapid, vain, rude, and only interested in sex. She is as the female counterpart to a Chad, or a successful, sexually accomplished alpha male.

Where does Stacy come from? 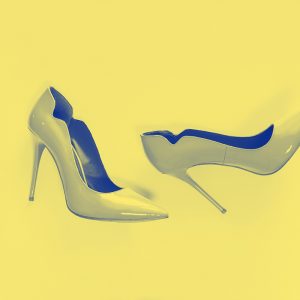 Like much of incel slang, Stacy comes from the 4chan board /r9k/ where it was proposed as the female version of a Chad around 2011. It’s likely based on the then-popular Scumbag Stacy meme, which depicts young women in various states of undress with overlay text about them leading men on. Stacy is also a stereotype of a basic white girl’s name (see Becky).

Stacies are usually visualized with long, blonde hair and fit bodies who dress provocatively but aren’t very deep, bright, or interesting. They are a porn-star embodiment of female beauty and sexuality who incels desperately want but not if they’ve been “ruined” by having sex with Chads. In short, incels love Stacy but hate her because they can’t have her.

your average Chad Thundercock. His mom was likely Stacy in her youth.

Do you think his mother actually desires him?

From 4chan, Stacy spread to subreddits like r/ForeverAlone and then onwards to the more misogynistic corners of the internet sometimes called the manosphere, such as MGTOW, pickup artist sites, and other dark places where men go to blame women for their lack of sex. It reached mainstream social media like Twitter in 2015.

In the wake of violent attacks by men associated with the incel community, such as in Isla Vista in 2014 and Toronto in 2018, journalists started writing about incel culture, introducing normies (originally used to refer to non-incel people) to terms like Chad and Stacy. Before he drove into a crowd killing 10 people and injuring 16, for instance, the Toronto van attacker Alek Minassian was reported to post a Facebook status reading, in part, “We will overthrow all the Chads and Stacys!” and hailing the Isla Vista shooter.

Incels see women as either “Stacys,” who are hyperfeminine, attractive, and unattainable and who only date “Chads” (muscular, popular men who are presumed to sleep with lots of women), or “Beckys,” the “average” woman.
Rebecca Jennings, Vox, April 28, 2018
I’m just saying I don’t think this “enforced monogamy” thing is really gonna work out unless you sub-7 beta cucks are willing to bone a government-issued uggo. We’re just not demographically equipped for a Stacy in every pot.
@hels, May 19, 2018
Nobody: Me (screaming at this bar): Harry Potter's dad is a Chad. Harry Potter's mom is a Stacy. Snape is an incel.
@Seriousuli, July 5, 2019
SEE MORE EXAMPLES

Incels use Stacy as they rant online about how they both loathe and long for attractive but promiscuous and unintelligent Stacies while other men may use it as a more general sexist insult akin to whore, thot, or Barbie. Even femcels, or female incels, have been known to blame their problems on Stacies. (Internalized misogyny is real, y’all.)

This is not meant to be a formal definition of Stacy like most terms we define on Dictionary.com, but is rather an informal word summary that hopefully touches upon the key aspects of the meaning and usage of Stacy that will help our users expand their word mastery.