What does bluepilled normalfag mean?

Bluepilled normalfag is an offensive term used in male internet spaces for a man who lives a conventional life, unwoke to the “realities” of men’s oppression by women. It’s closely associated with incel and alt-right culture online.

Where does bluepilled normalfag come from? 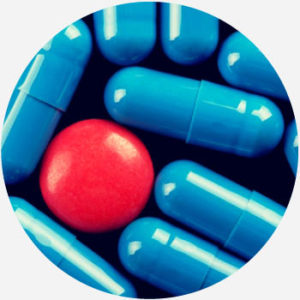 The phrase bluepilled normalfag, evidenced on 4chan by 2014, plunges into the so-called manosphere, the internet culture of men who feel oppressed by feminism. It includes groups such as Men Going Their Own Way, incels, pick-up artists, and other masculinist forums on Reddit and 4chan that blame women for their sexual and romantic isolation or failures.

Bluepilled is an allusion to the 1999 film The Matrix. In one scene, the main character Neo, is presented with a choice. He can take the red pill, which will show him the difficult but transformative truth about reality, or the blue bill, allowing him to continue living in comfortable delusion.

Blue pill emerges online in the early 2000s but takes off in the 2010s in masculinist internet as an insult for men who aren’t woke to the “fact” that women are oppressing them. To be bluepilled, then, is to live in the safety of that ignorance.

To the self-styled redpilled, bluepilled men are normalfags, leading ordinary lives (normal) and are resented for it (hence the slur fag). In the early 2010s, a normalfag bitterly derided a man who spent time on male message boards but still got dates or had girlfriends or wives. The term is closely associated with the slightly earlier normie, though this slang has broader and less offensive uses than normalfag. 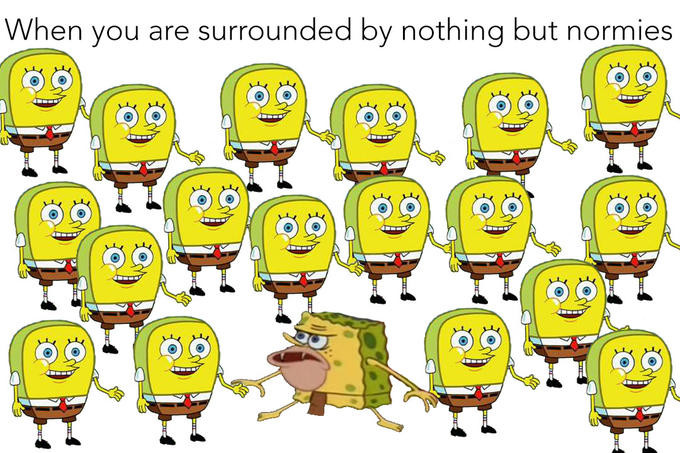 Since the early 2010s, normalfag has evolved into a trope for a good-looking man who played sports in high school, studied things like business in college, has a well-paying office job, enjoys popular culture, and bullies people who aren’t marching to the beat of their mainstream drum.

Since the 2016 presidential election, the manosphere became increasingly misogynistic, with self-identified incels advocating violence against women. The manosphere also became more racist, with its alt-right members promoting white nationalism. These darker corners of the internet intensified the term bluepilled normalfag into a bigoted insult for multiculturalism and progressivism, as a 2018 account of one alt-right group from the Southern Poverty Law Center notably exposed.

The fact that bluepilled normalfags realize this is a problem tells you IT is full of shit when it comes to the issues short men face.
Deleted username, Reddit, February, 2018
...Unfortunately during the presidential campaign this board became infested with bluepilled normalfag plebbitors with shit music taste who have a hard on for BASED BLACK MEN and think this utter baboon is some kind of musical genius.
Anonymous, 4chan, November, 2016
Went to a BBQ today with some normies, then out for a friends birthday and had drinks with some other normies...Their perspectives on things blew my mind. I definitely didn't agree with them - they are bluepilled normalfags after all - but they had thoughts that would never even have entered my head.
Harry Rotter, Lookism.net, July, 2016
SEE MORE EXAMPLES

The term bluepilled normalfag is especially found online in message board sites like Reddit, 4chan, and Lookism.net.

In some forums, bluepilled normalfag is a general term of abuse for anyone offline perceived as living an average life, especially when it comes to dating and romance. The term implies intellectual superiority and undertones of anger and sexual jealousy. 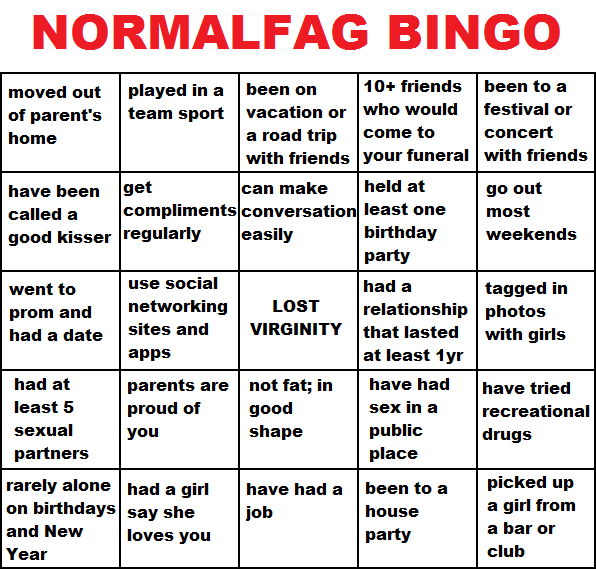 In more extreme spaces, however, bluepilled normalfag is used in misogynistic and bigoted contexts, characterizing such people as victims of women’s promiscuity and maniuplation or as supporters of ideologies perceived to oppress white people. These spaces are associated with incels and the alt-right, who’ve used hate speech against women and minorities—if not acted on it.

While mostly insulting men, bluepilled normalfag can denigrate women, too, who can’t see the “reality” the redpilled can. And, we probably don’t need to tell you this by now, but fag is a homophobic slur, making bluepilled normalfag an offensive term no matter which way someone uses it.