What does red pill mean?

Red pill refers to (becoming enlightened to) the truth about reality, especially a truth that is difficult to accept or exposes disillusions.

Online, red pill is especially used among anti-feminist and white supremacist groups to refer to “waking up” to the truth that women and liberal politics are oppressing men and white people.

Where does red pill come from? 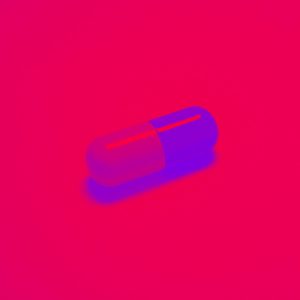 Red pill comes from the popular and influential 1999 sci-fi action film, The Matrix. There’s a scene early on in the movie in which the main character, Neo, is offered two pills: a red one and a blue one. The red pill represents an awakening, but one that could be difficult and painful. Neo’s world will be changed uncomfortably if he takes the red pill, but he’ll be made aware of the truth of the world. The blue pill represents comfort and security. If he takes the blue pill, he’ll continue to live in blissful ignorance.

The concept has a precedent in the 1990 science fiction film Total Recall. In that film, one character offers another a red pill, said to be a symbol of his “desire to return to reality.” There’s no blue pill presented, however.

Red pill and blue pill have become slang, respectively, for accepting truth even though it’s difficult, or rejecting it to cling to a comfortable falsehood.

A more specific, and controversial, use of the term comes from anti-feminist and far-right groups online, many of whom are extremist and misogynistic. In 2012, the Reddit community The Red Pill was founded around the principle that it is men, rather than women, who are oppressed by a society. Taking the red pill, here, is seeing this anti-feminist “truth.”

Gaining prominence during the 2016 presidential election of Donald Trump, the alt-right—which sometimes overlaps with men’s rights groups— also adopted red pill. In this context, taking the red pill is seeing the truth that white nationalism is under threat from such things as socialism, feminism, immigration, social justice, and other aspects associated with liberal politics.

In May 2020, tech entrepreneur Elon Musk tweeted about taking the red pill; Donald Trump’s daughter and adviser, Ivanka Trump, positively replied. Due to close association of red pill‘s with anti-feminism and white supremacy, the tweets notably caused confusion and controversy.

But what do I know? I'm just a cuck that refuses to swallow the redpill.
@LunacyHS, March 2017
Red pill: we are overtaxed, and subjected to big unfair government at every turn. I’ll slash taxes, shrink government, and give you back your freedom. / Blue pill: everything is WONDERFUL.
Maxime Bernier, Facebook, March 2017
There was this time this gross red pill guy from my former work got into an argument with me during a social gathering, specifically he was saying that feminism is about women having more than men and I was having none of it
vanerdsa, Tumblr, March 2017
SEE MORE EXAMPLES

Red pill isn’t exclusively used by men’s rights activists or any other group. References to The Matrix can be made by anyone along the political spectrum and predates the rise of the alt-right and men’s rights movements. However, it’s most commonly associated with them thanks to a wave of news coverage, particularly following the election of Donald Trump, who was favored by many of the alt-right. Election coverage brought greater awareness to this use of red pill.

Red pill can be used as a noun, a verb, or an adjective. As a verb or adjective, it’s often spelled redpill. One can refer to a red pill guy, or to redpilling a friend or relative. The terminology is used both inside and outside of the political communities it refers to. Those who disagree with the ideology often use it in a derisive way, and those who agree tend to use it as a marker of belonging.

Red pill is also used by the alt-right movement, a loosely organized white supremacist group that is unified by the belief that political correctness and social justice are tools for attacking white identity and Western civilization. In this case, this set of ideas is the red pill that members are expected to have taken. Among these groups, calling people blue-pilled is an insult, and it implies that they choose to be disillusioned about their oppression by women or liberal politics.

Red pill and blue pill have prompted a number of variant pills, such as black pill, which is associated with incels, who blame women for their lack of sexual activity.

This is not meant to be a formal definition of red pill like most terms we define on Dictionary.com, but is rather an informal word summary that hopefully touches upon the key aspects of the meaning and usage of red pill that will help our users expand their word mastery.