What does receipts mean?

Receipts is slang for “proof” or “evidence,” often used to call out someone for lying or to show someone is being genuine.

In popular culture, such receipts may come in the form of screenshots, images, or videos. They also often concern things done by famous people.

no face, no case, plead the fifth, excluded from this narrative, weird flex but OK, you're doing amazing, sweetie, dragon energy

Where does receipts come from? 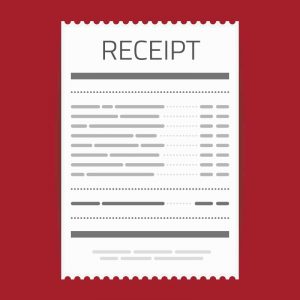 In everyday life, a receipt, of course, is piece of paper showing proof of purchase. That idea of this physical proof is the basic metaphor behind receipts. Who first used receipts as slang, and when, isn’t exactly known, but it appears to have originated in Black English and then spread to the mainstream.

One of the first prominent uses of receipts came in a 2002 interview of singer Whitney Houston by Diane Sawyer for ABC. Sawyer brought up the topic of recent tabloid headlines that accused Houston of buying large amounts of crack cocaine. Houston denied these accusations and demanded proof: “I want to see the receipts.”

By the late 2000s and early 2010s, the phrase show me the receipts (morphed from Houston’s I wanna see the receipts) became not only an often joking reference to the Whitney interview but also a more general slang demand for proof, especially in the context of celebrity scandals and gossip.

T.O. is airing Rodney Harrison out on twitter! Calls him out on steroid use…Rodney pulls a Whitney: SHOW ME THE RECEIPTS!

Receipts really spread in 2016 as part of the—um, confusing, shall we say—relationship between artists Kanye West and Taylor Swift. Here’s what went down: West controversially used Swift’s name in his 2016 song “Famous,” which Swift claimed was done without her knowledge. In response, West’s wife Kim Kardashian West posted video footage on her Instagram account that showed West had, in fact, gotten Swift’s explicit permission.

Kardashian’s video was widely referred to as receipts in the media. The slang caught fire online. Swift, who at first wanted to be “excluded from this narrative,” went on to use receipts in the end of the music video of “Look What You Made Me Do” (2017), a diss clearly aimed at West and Kardashian.

Kourtney Kardashian Speaks Out On The Taylor Swift Receipts (via @celebitchy) https://t.co/evkSGyqly1

Gucci Mane has the receipts. The hip-hop star has taken to his Instagram account to call out New York radio show "The Breakfast Club" for reportedly banning him from the show for his past comment about co-host Angela Yee.

AceShowBiz, October 2019
Why does Amy Klobuchar get my vote? She's got the receipts for getting the work done! I like a candidate doesn't over promise AND has the record for working hard for America! Amy Klobuchar for President! #AmyForAmerica
@AndreaLynn789, January 2020

Receipts is very widely used as an informal way of referring to “proof” or “evidence.” Receipts frequently come in the form of screenshots and other such images or videos.

My mom just realized how to screenshot on her phone and now she is pulling RECEIPTS on me and I don’t know what to do pic.twitter.com/FoMV08REfL

These receipts may try to expose bad behavior, especially when someone is denying something they said or did. (Having said receipts means that person is busted. Asking for them is an act of self-defense.)

Receipts, however, is increasingly being used in positive ways—evidence that someone is genuine and can truly back up what they claim.

Receipts is often used in the context of politics and celebrity gossip.

Irrespective of whether you are free britney or not, suing a fan for a parody website is not a good look. Especially when he has receipts of you paying someone to pose as Sam. https://t.co/AZBXRBSMD2

Receipts still appears in such phrases as show me the receipts (alluding to Houston’s famed line).

This is not meant to be a formal definition of receipts like most terms we define on Dictionary.com, but is rather an informal word summary that hopefully touches upon the key aspects of the meaning and usage of receipts that will help our users expand their word mastery.