Caucacity is a slang term used to make fun of behaviors perceived to be stereotypically white or to call out what’s seen to be a particularly bold instance of white privilege or racism.

Where does caucacity come from? 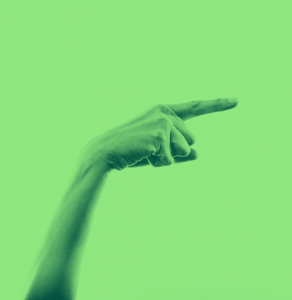 Caucacity is a blend of Caucasian, referring to white people, and audacity, here meaning “shameless boldness.”

The term caucacity is credited to writer and comedian Joel Martinez, known professionally as The Kid Mero. His first mainstream use of the term was in a music review he wrote for Vice in 2012. Kid Mero has used caucacity on Twitter since 2014; a fan of his used it even earlier in 2013.

Kid Mero has taken credit for coining caucacity on Twitter and has even given an “official” definition of the term. (Note: Kid Mero frequently writes in all caps and uses the term Yakubian to refer to white people.)

SOMEONE ASKED ME WHAT CAUCACITY MEANT. CAUCACITY IS A SPECIAL LEVEL OF AUDACITY RESERVED FOR ONLY THE MOST YAKUBIAN….

OH U SKYDIVING AFTER BRUNCH? #CAUCACITY

Kid Mero has primarily used caucacity to describe bizarre or extreme behavior seen as exclusive to white people, such as making desserts out of macaroni and cheese or combining mountain biking with ziplining.

Caucacity expanded to refer to call out white privilege. Everything from cultural appropriation to lack of empathy for minority groups to blatant acts of racism to flagrant disregard for the law, for example, have all been characterized as caucacity.

The caucacity of using a Filipino word to name your bar despite not serving any Filipino food or drinks 😂 Like, let me open a bar named Mon Ami and serve tequila and tacos! 🙄 At least they realized how tone deaf this is and are changing the name https://t.co/5tPLJP6Ctk

Police have shot, tased, tackled, punched, kicked, slammed poc for a lot less. The caucacity of entitled white people. If you don’t want to get arrested, follow the law, right? What Karen’s and Carol’s having been saying for forever.

This idiot had the caucacity to be racist and then ask for money by saying that he’s “An American born in America and he’s hungry”
@StickyRiicky, June 1, 2019
The thing about caucacity is that there are levels to it, and it is safe to say we are at an all-time high. Take, for example, everything about Elizabeth Holmes. The college admissions scandal. The desire to blame anything other than racism for the terror of the El Paso shooting.
Jenna Wortham, The New York Times, August 29, 2019

Since the early 2010s, caucacity has evolved from a term making fun of unusual behaviors seen as “thing white people do” to a term used to call out particularly audacious instances of white privilege or forms of discrimination. When used to make fun of white people as such, the term can be considered mildly pejorative.

This is not meant to be a formal definition of caucacity like most terms we define on Dictionary.com, but is rather an informal word summary that hopefully touches upon the key aspects of the meaning and usage of caucacity that will help our users expand their word mastery.