What does #OscarsSoWhite mean?

#OscarsSoWhite is a hashtag used to call out the lack of diversity—especially people of color but also women and the LGBTQ community—in nominations for the Academy Awards, or Oscars. It has expanded as a call for greater inclusion of marginalized groups in all aspects of the film industry.

Where does #OscarsSoWhite come from? 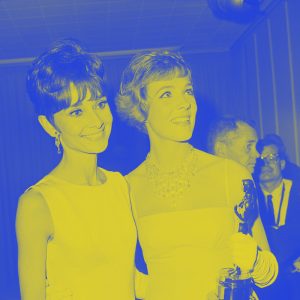 #OscarsSoWhite is a powerful example of hashtag activism and of influential social movements started by Black Twitter.

The hashtag is meant to push back against the lack of diversity in the US film industry, particularly the lack of recognition given to people of color at the Academy Awards, popularly called the Oscars.

In 2012, for instance, the Los Angeles Times reported that the committee that votes on the Oscar nominations were 94% white and 77% male, leaving few people of color and women with voting rights in the Academy.

The hashtag #OscarsSoWhite was created by activist April Reign in January 2015 to call out the awards ceremony for their lack of diversity, i.e., the Oscars are so white in who gets represented. That year, only two people of color were nominated in major categories. None of the lead or supporting actor and actress categories saw people of color nominated.

#OscarsSoWhite they asked to touch my hair. 😒

#OscarsSoWhite began as the setup for pointed jokes about the overwhelming whiteness of people nominated in the Oscars, but soon spread as a way to raise consciousness about the need for greater diversity and inclusion.

#Oscarssowhite they can't see a problem in this – The diversity gap in the Academy Awards #Oscars2015 #OscarNoms http://t.co/UOZLOM9Mnl"

Since 2015, the hashtag has resurfaced every awards season. The years 2016 and 2020 were particularly active years for the hashtag due to a popular perception that the nominations favor white people—and white men, at that. In 2016, the likes of Jada Pinkett Smith and Spike Lee notably boycotted the Oscars.

Every year I think - maybe this time I'll have reason to support & watch the Oscars. Every year - nope, let's go watch whatever great non white/non male/LGBT/action movie they snubbed. Haven't regretted it in 5 years but wish it wasn't a tradition I had #OscarSoWhite #OscarNoms
@sarah31733, January 2020
#OscarsSoWhite refers to all marginalized communities and is not about quotas but about asking inclusive questions when staffing films—from the actors cast to the boom operators and craft-services teams hired. It is about operating outside of the same networks that have been used for years and instead providing opportunities to talented craftspeople from groups not usually included.
April Reign, Vanity Fair, March 2018

Reactions to the Oscar nominations every January are often met with the hashtag #OscarsSoWhite as a way to address the problem of diversity in the film industry, both in front of and behind the camera.

One Black acting nominee … despite a plethora of chances to reward so many amazing performances from Black, Latinx and Asian actors this year. One nominee doesn't excuse this #OscarsSoWhite lineup.

On social media, people use #OscarsSoWhite to talk about performances by actors of color that they feel deserved nomination. News outlets report on the hashtag in their coverage of the topic of diversity, representation, and inclusion in film.

#OscarsSoWhite the Lupita snub is predictable because of the academy’s well documented bias against horror movies. Still infuriating. She delivered two career best performances in one film! This will go down as a historic cinema injustice. pic.twitter.com/mEH5shl7ee

Some people disagree with #OscarsSoWhite, feeling that the nominations are simply based on merit.

WATCH: How Did April Reign Create The Hashtag #OscarsSoWhite?

This is not meant to be a formal definition of #OscarsSoWhite like most terms we define on Dictionary.com, but is rather an informal word summary that hopefully touches upon the key aspects of the meaning and usage of #OscarsSoWhite that will help our users expand their word mastery.