What does Chi-town mean?

Chi-town is a nickname for the city of Chicago, Illinois.

Where does Chi-town come from? 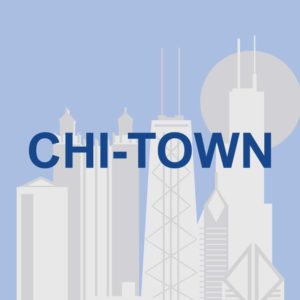 One of the many nicknames for the city of Chicago, Illinois, Chi-town (or Chi-Town) can be traced back to the early 1900s. Chi is shortened from Chicago and is itself recorded as a nickname for the city (town) even earlier, in the 1890s.

Like Chi-town, other city nicknames follow a similar pattern of shortening the city’s name and adding town, such as O-Town (Orlando, Florida) and H-Town (Houston, Texas).

Several prominent uses helped popularize the term. Among them is a 1975 song by country singer C.W. McCall “Convoy,” which includes the lyrics:

By the time we hit that Chi-town
Them bears was a-gettin’ smart
They’d brought up some reinforcements
From the Illinois National Guard.

Another comes from rapper Kanye West (who spent his childhood in Chicago), who used Chi-town in his 2009 song “Homecoming:”

Jump in the crowd, spark your lighters, wave ’em around
If you don’t know by now, I’m talking ’bout Chi-Town!

Chicago has many nicknames, the most well-known being the Windy City. Chi-town is a close follower. While Chi-town is often used by visitors, in marketing, or in popular writing about all things Chicago, many locals bristle as the nickname as something they don’t use.

✈️ gettin' on a jet plane. Layover in ATL then off to Chi-Town! ✈️

This is not meant to be a formal definition of Chi-town like most terms we define on Dictionary.com, but is rather an informal word summary that hopefully touches upon the key aspects of the meaning and usage of Chi-town that will help our users expand their word mastery.