Everything After Z by Dictionary.com
Previous Word d'fuq
Next Word dab of ranch

What does dab mean?

In slang, dab can be a highly concentrated marijuana extract, a type of hip-hop dance, or touching the ground with your foot while you ride a bicycle. Doing any of these actions is called dabbing, and yes, you could feasibly do all three at once—not that we recommend it.

Are windshield wipers just dabbing for cars
@Lord_Bung, September 2018
Experts are coming forward, however, to urge caution when creating and using dabs, as there are some dangers that come along with it.
Gina M. Florio, Bustle, August 2016 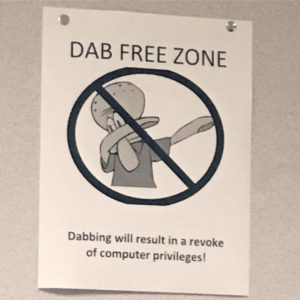 Where does dab come from? 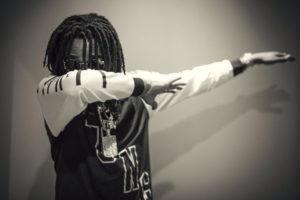 Dab, in its regular use, is a noun or verb referring to light taps or strokes, but it has taken on a number of slang senses.

In the marijuana community, dabbing refers to a more intense form of consuming marijuana. It involves a person smoking hash oil burned with butane, resulting in nearly straight THC—and a very intense high. These cannabis extracts are referred to as dabs. 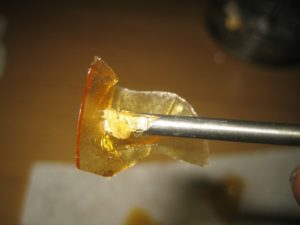 Though the ability to create dabs goes back for decades, dabbing only started catching on in the 2010s, at which point it got the slang name dabbing, based on how one dabs an amount of concentrate to smoke it. There is serious concern that dabbing is far more dangerous than conventional pot smoking.

Dabbing also became a type of hip-hop dance in the 2010s. It originated in Atlanta, Georgia. The dance move involves extending one arm up and out while the other arm, parallel, covers at the elbow pit.

Dabbing was popularized by members of the Quality Control label, particularly Migos, whose 2015 song “Bitch Dab” (later updated to “Look at My Dab”) brought the dance to a wider audience. Credit also goes to Skippa Da Flippa’s 2014 “How Fast.”

Dabbing went viral after Carolina Panthers quarterback Cam Newton dabbed in the end zone in 2015. The dance went on to be performed by everyone from actor Betty White to kids in the Scripps National Spelling Bee. 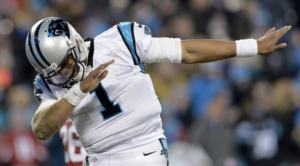 As for how the dance got dubbed dabbing, performer Bow Wow claims that the moves are supposed to replicate covering one’s mouth from the coughing fits that happen after one ingests a hash dab.

Then there’s the cyclist’s dabbing, which refers to the action of quickly putting your foot on the ground while you ride a bicycle, motorcycle, or mountain bike for balance. This version originates at least by the 1980s but tends to be cycling jargon.

People may dab to dance or to celebrate an accomplishment or win. Because hip-hop dabbing became so widespread in the mid-2010s, it’s sometimes mentioned as another example of appropriating black culture. As a result in part, dabbing is often called out as something that is not cool, though it used to be. 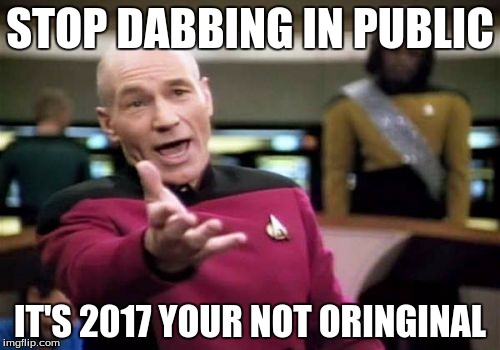 Hash dabbing, on the other hand, is still highly sought after by its fans, and has become more  popular as marijuana has becomes more legalized. If there’s one thing anyone needs to know about this version of dabbing, though, it’s that it is intense. 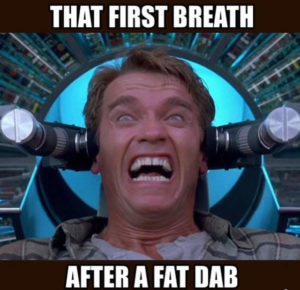 If you hear bicyclists talk about dabbing, all they mean is putting their feet on the ground while they ride.It is based on the idea of dab, or to lightly tap. It usually happens when someone is about to fall off their bike as a way of catching themselves. It may incur a penalty in cycling-based competitions.

This is not meant to be a formal definition of dab like most terms we define on Dictionary.com, but is rather an informal word summary that hopefully touches upon the key aspects of the meaning and usage of dab that will help our users expand their word mastery.