What does fun fact mean?

Fun fact: Forget sharks and snakes, mosquitoes kill more humans than any other animal every year. Maybe that wasn’t so fun …

A fun fact is a tidbit of interesting or entertaining trivia. People often introduce a fun fact, sometimes in the form of witty and biting observations, with the phrase itself because otherwise how would you know it was a fun fact.

Where does fun fact come from? 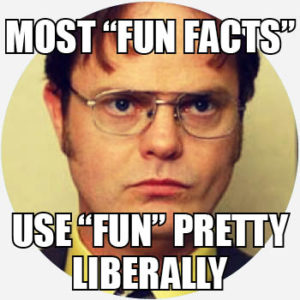 Though school kids might think of fun and fact as natural enemies, the two have appeared together since the nineteenth century. In the 1850s, there was a newspaper column titled “Fun, Fact, and Fancy,” a sort of Twitter Moments of its day. By 1860, there was an entire paper titled Fun, Fact, and Fancy dedicated to these accounts.

The current use of fun fact for a little nugget of knowledge comes about by the 1970s. Wrigley used fun facts in newspaper ads for its chewing gum. The first couple facts in each ad were proper fun facts, while the last, once they had your attention, was a fact about Wrigley gum. A number of these fun facts were collected in a 1973 book. A few years later fun facts made their way into the classroom, when a professional magazine for teachers proposed an activity where students come up with their own fun facts.

On his Late Show, David Letterman featured a recurring segment called Fun Facts. It starting with “facts” throwing shade on fellow TV host Phil Donahue and later branched out to general topics. Letterman’s fun facts were often made-up and absurd. A collection of them was printed in a book in 2008.

The TV channel E! faced criticism in 2014 when it showed some questionable fun facts during a Golden Globes red carpet broadcast. E! displayed “Michael J. Fox was diagnosed with Parkinson’s Disease in 1991” and “Robert Redford was stricken with polio as a child” under a banner that read “Fun Fact.” Twitter users quickly began to alter the images to show other similarly dark fun facts, some true and others made up.

this is in no way a FUN fact pic.twitter.com/uJ9zSVuEwy

These Golden Globes “fun facts” are getting darker and darker pic.twitter.com/SD1E38Pg9o

fun fact: you could fit inside a blue whales penis

@derango52, May, 2018
Fun fact: For every tweet whining and bitching about the next Elder Scrolls Bethesda pushes back the date by a month. At this rate it's literally going to come out when Fallout takes place.
@ColinKamioner, May, 2018
Here's a beauty fun fact: Clean, dried mascara wands double as combs to remove fly eggs and larvae from animal fur. The Wands for Wildlife program repurposes used mascara wants to serve as teeny tiny brushes for the animals in their care.
Leah Prinzivalli, Allure, May, 2018
SEE MORE EXAMPLES

In everyday speech and writing, people use fun fact to introduce wry observations … 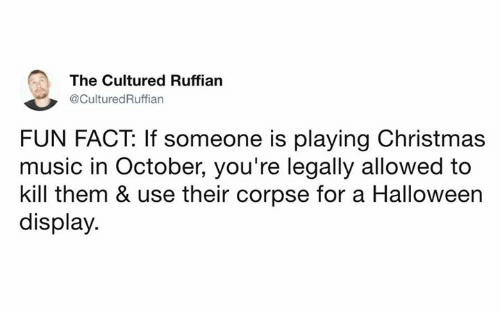 … or for facts that are less than fun. 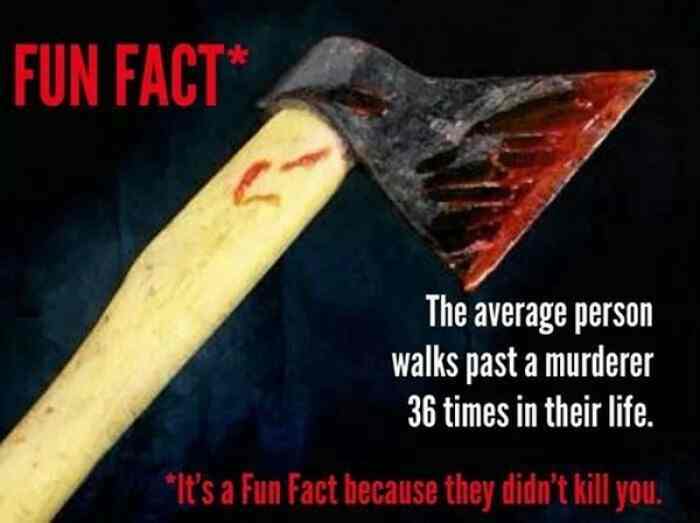 Some people use fun fact as a way to boldly assert an opinion.

And fun fact, you’re the shitty one 🤷🏼‍♀️

This is not meant to be a formal definition of fun fact like most terms we define on Dictionary.com, but is rather an informal word summary that hopefully touches upon the key aspects of the meaning and usage of fun fact that will help our users expand their word mastery.