What does gorger mean?

A gorger is a Romani word for a non-Romani person.

A gorger is also a synonym for “glutton,” or someone who gorges on a great amount of food.

Where does gorger come from? 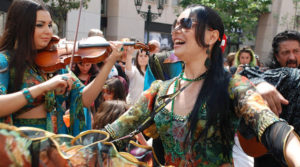 The Romani people—also known as the Romany, Roma, or Travelers—are a nomadic ethnic group with populations in Europe, Asia, and North America. They form a very tight-knit community, so it’s no surprise that they have a term for outsiders: gorger. This is perhaps not unlike the Spanish gringo or Jewish goy for their respective outsiders.

In early 80's, my dad (Romani Gypsy) snuck out to a gorger (Non Gypsy) disco in the next town. At the party, he met a girl. A gorger girl. Relationships like this were frowned upon.
They fell in love. Ignored the crap. That girl is my mama.
Today they've been married for 30 years pic.twitter.com/Zc6lohe7wO

Gorger comes from the Romani language gorgio or gadjo, referring to a person who is not an ethnic Romani. Its etymology is obscure. In 19th-century England, a gorger was adopted as a slang term for a “man,” including a “dandy” or “landlord.”

The word was brought to the mainstream—to the gorgers, if you will—through such reality shows Big Gypsy Weddings (UK, 2010–15) and My Big Fat American Gypsy Wedding (first aired in the US in 2012). Seasons of the latter title have featured the storylines about Romani marrying gorgers, which can cause challenges in Romani families. 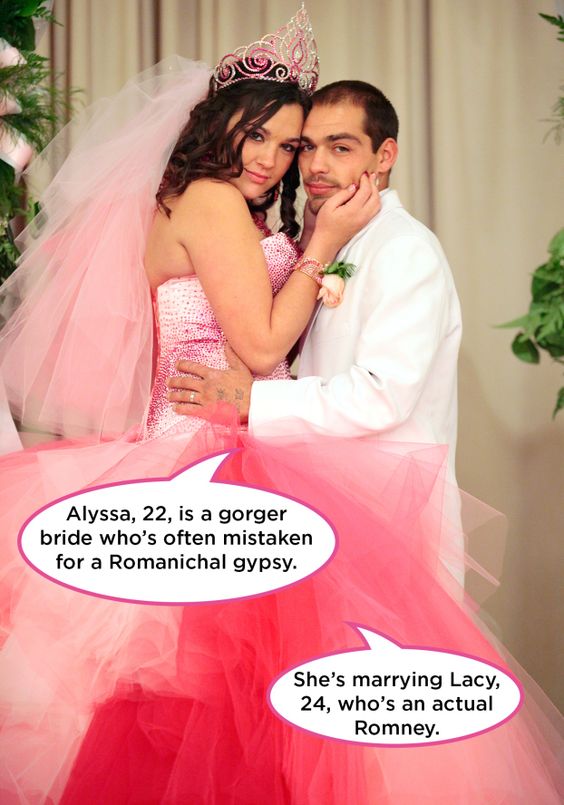 The things the gypsy dudes on TLC say about us gorger girls is absolutely insulting ☝️
@evelynlbennet, July 2014
Jessie’s mother had given up her traveller life to marry her father, a ‘gorger’ (non-traveller) and the family lived a settled life, though Jessie had always felt a strong connection to her grandmother and her Romany roots.
Rosie Hopegood, Mirror, October 2018 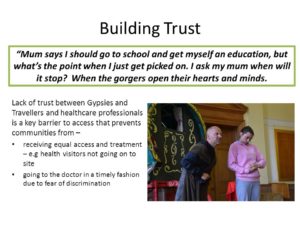 Gorgers aren’t always welcomed or esteemed in the Romani community, as is seen in the contention caused by a Romani marrying a gorger on the various Gypsy Wedding TV shows. (Calling a Romani person a gypsy, meanwhile, is considered derogatory.)

While it has a negative connotation among Romani, gorgers themselves may adopt the title.

almost 600% sure I was born to be a romni gypsi any gypsies out there lookin for their gorger wife? #gypsy #plzzzzz

The Romani gorger is not to be confused with the personal form of gorge, or “to stuff with food” or “eat greedily.”

Is that why they are at the vets? Get them on a diet. They can only eat what they are offered right? One of mine is a gorger and it is difficult, but it's for the best to keep their weight in check

This is not meant to be a formal definition of gorger like most terms we define on Dictionary.com, but is rather an informal word summary that hopefully touches upon the key aspects of the meaning and usage of gorger that will help our users expand their word mastery.