What does juice mean?

Do you got the juice? One has juice if they have respect, influence, power, authority, or sexual desirability. It can also be slang for alcohol and electric power, among other things.

Where does juice come from? 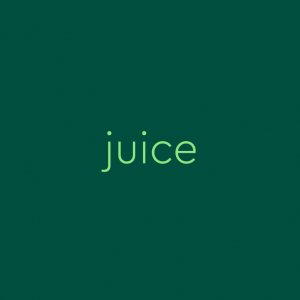 Sure, the drink juice is delicious, but juice has many other meanings. We’ll highlight a few.

Since the 1600s, juice has been slang for sexual fluids and alcohol. By the early 1900s, juice was slang for electrical power. By 1924, juice specifically referred to battery power.

Dripped in orange cause sis got the juice 🍊💦

(2 piece made & styled by me) pic.twitter.com/M6MbP3fPln

In contemporary black slang, juice, perhaps influenced by its historical sexual and power connotations, is slang for qualities like credibility, clout, having the respect of one’s peers, and being sexually desirable, e.g., He’s got juice, he’s got swagger, he’s got the sauce. This use was popularized by the 1992 film Juice, which starred Tupac Shakur and followed the lives of young black men growing up in Harlem.

at some point in your life, you have to stop hanging with people who got the tea and establish yourself with ppl who got the juice
@thenameisbrittt, December 2016
Who's got the juice when all hell breaks loose?" he grunts, and one listen tells you who it is (spoiler: that guy on the mic). Old Time Relijun return with bacchanalian swagger, and it's just what the witch doctor ordered.
Dave Segal, The Stranger, October 2018

Juice is found in Black slang, though, thanks to the influence of hip-hop on the broader culture, juice has somewhat spread into the mainstream.

It is often used in the context of someone having (or not) the juice, e.g., We got the juice here at Dictionary.com, but don’t try to let it get to our heads.

Electricity, or energy in general, is also called juice. It’s commonly seen when power is lacking, e.g., My cellphone just ran out of juice. 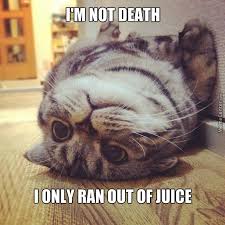 One, of course, can put back a glass of orange juice, but being or getting juiced means being drunk. No take-backs for that one.

This is not meant to be a formal definition of juice like most terms we define on Dictionary.com, but is rather an informal word summary that hopefully touches upon the key aspects of the meaning and usage of juice that will help our users expand their word mastery.