What does Killuminati mean?

A blend of kill and Illuminati, Killuminati is part of the title of the fifth and final album by rapper Tupac Shakur. The full title is The Don Killuminati: The 7 Day Theory.

Where does Killuminati come from? 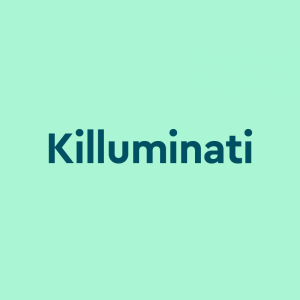 While serving a prison sentence in 1995, Tupac Shakur took a strong interest in philosophy, military strategy, and history, including such works as the influential political treatise The Prince by Machiavelli, which inspired the pseudonym (Makaveli) that he used for Don Killuminati.

Shakur may have also read about the Illuminati, an 18th-century Bavarian secret society known for its anti-totalitarian and anti-religious activities. Contemporary conspiracy theories (which Shakur may have encountered in jail) claim descendants of the Illuminati have exerted control over historical events in their efforts to rule the world.

What Shakur meant by Killuminati has been disputed. Some think he was sincerely expressing belief in or allegiance to the conspiratorial Illuminati. Others are sure he was dismissing conspiracies or wild beliefs that distract people from real-world issues of racism, poverty, or drug abuse—which appears corroborated by interviews. In one, Shakur refers to Illuminati rumors he heard in prison: “[I put] the k to that Illuminati shit … I’m killing that Illuminati shit.” By putting the k (“killing)” to them, he suggests that he is rejecting larger societal forces or excuses that keep people down.

The Don Killuminati is darker and angrier than Shakur’s previous work, and his sudden death shortly before its release in November 1996 led fans to speculate that Killuminati is a reference to a clandestine group responsible for his murder—as well as that of his rival, the Notorious B.I.G., killed in 1997.

Its good to see that more people seem to be more awake about #September11th than Years before. Once are numbers tip past 50%, we Charge! #Killuminati 🙏
@dahboo7, September 11, 2018
Billed as the most interactive haunted house ever created in the history of USS HNN, the vampire-laden secret rooms in Killuminati promises twists, turns, nightmares and mystery with never-before-seen stunts.
Genevieve Sarah Loh, Channel NewsAsia, July 5, 2018
Black and White should fight for America keep protest till you break free from these Freemasons that get rich out of your suffering and their Hit Men police who are there to create Race divisions and fear in order to Freemasonry manages to control. KILLUMINATI AND POLICE
@thesomboi, September 5, 2020
SEE MORE EXAMPLES

The Don Killuminati: The 7 Day Theory was popular upon release, especially since fans were mourning Shakur’s death. It continues to be well known today, and is acknowledged as one of Shakur’s best works.

#TheClassicVibe I just read that this particular track was sampled by PAC in his post humus Album "The Don Killuminati, The 7 Day Theory". "Toss It Up" was a kinda diss track to Dre! 😱😱😱 https://t.co/g1mce5cbg7

Killuminati is also occasionally adopted as a reference to Illuminati conspiracy theories involving assassination or world takeover. In these cases, its use may or may not have anything to do with its originator, Tupac Shakur. Others more familiar with Shakur’s apparent intent, however, use Killuminati as a shorthand for rejecting forms of the oppression of self-delusion.

THEY TELL YOU THE TRUTH IN PLAIN SIGHT!!! KILLUMINATI ILLUMINATI EXPOSED PT 1: https://t.co/BzkkS1WkL6 via @YouTube

This is not meant to be a formal definition of Killuminati like most terms we define on Dictionary.com, but is rather an informal word summary that hopefully touches upon the key aspects of the meaning and usage of Killuminati that will help our users expand their word mastery.