What does shit just got real mean?

The phrase shit just got real is used when a situation has escalated. It can be used dramatically in serious scenarios—when someone responds aggressively or when the reality of some matter is fully felt or underway—or in a more humorous one, as ironic commentary on a minor annoyance.

First day on the job that you spent the last 12 years of your life studying and working for? Shit just got real. Your partner says he wasn’t hungry but drank your last soda and ate the last slice of pizza? Oh, shit just got real.

adulting, the struggle is real, send it, realest, One does not simply, TTG, trill, keep it 100, RNS

Where does shit just got real come from? 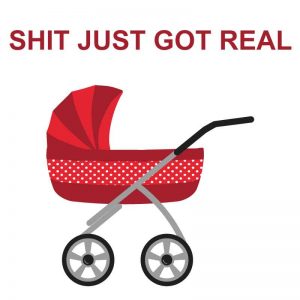 While it almost certainly predates the film, the phrase shit just got real was popularized by the 2003 Michael Bay-directed action-thriller Bad Boys II.

The film features two cops, Detective Marcus Burnett (Martin Lawrence) and Detective Mike Lowrey (Will Smith), as they investigate the dealings of a Cuban drug cartel. In one melodramatic scene, Burnett receives some disturbing news over the phone and tells Lowrey that shit just got real, as if to say that the investigation (shit) had become much more serious—that the stakes had risen (got real).

The Bad Boys scene was apparently so over-the-top that the phrase was then used in Simon Pegg and Edgar Wright’s 2007 Hot Fuzz, a parody of the buddy-cop film genre.

The phrase went viral in a 2012 meme featuring the usually agreeable Sesame Street characters holding knives and machine guns. This was in response to Republican presidential candidate Mitt Romney declaring in a debate that if elected, he would get rid of subsidies for PBS, which produces Sesame Street. The presidential hopeful did mention that he loves Big Bird, but apparently that didn’t cut it for Elmo and the gang—threatening their existence made them ready to fight back, because shit just got real. 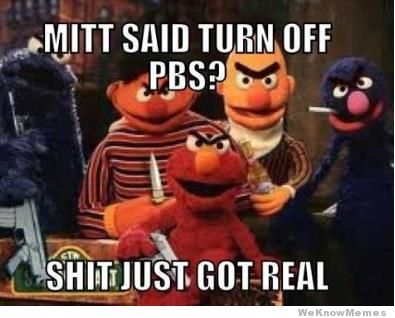 And, then there was this trend …. this graduate’s shit just got real. 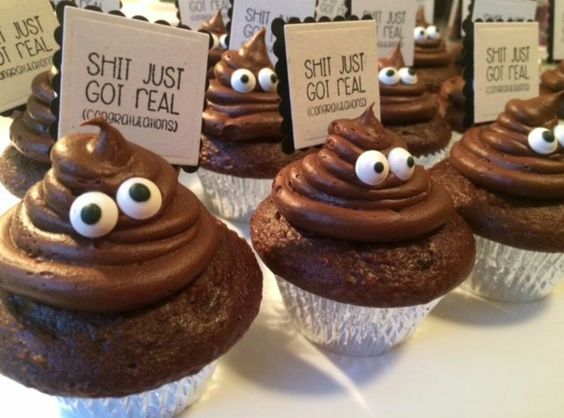 Examples of shit just got real

Just moved out of my house ready to move to Malaysia next week. This shit just got real.
@sianyw, August, 2018
Shit just got real. How do you spray protesting civilians with bullets. Videos I've been seeing are heartbreaking. I can't believe this is the same army from November. Stay safe fam.
@DrKhabo, August, 2018

Who uses shit just got real?

Shit just got real is said when “things are going down.” For example, after witnessing a fight between Rick Ross and Young Jeezy that temporarily suspended the 2012 BET Music Awards, Cleveland rapper Machine Gun Kelly sent out the following tweet regarding the brawl.

Got mase in my eyes. That beef shit just got real outside.

But as with much slang, shit just got real is also hyperbolic and tongue-in-cheek, used of annoyances or setbacks that are trivial in the grand scheme of things.

i just rolled up my sleeve so i could reach my hand to the bottom of the cheeto bag. shit just got real. #5AM

This is not meant to be a formal definition of shit just got real like most terms we define on Dictionary.com, but is rather an informal word summary that hopefully touches upon the key aspects of the meaning and usage of shit just got real that will help our users expand their word mastery.