What does morning glory mean?

No, we’re not talking flowers here. The slang morning glory is much less innocent: it’s the experience of waking up with an erection.

Where does morning glory come from? 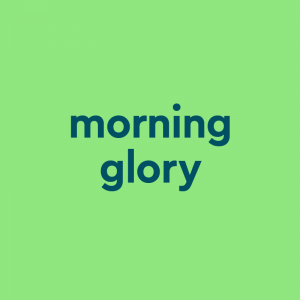 Since the 1800s, morning glory has aptly named a type of bluish pink or purple flower that opens in the morning and closes by sunset.

They are blooming in one line. ☺️ #gardening #MorningGlory pic.twitter.com/EQBU3tXaYz

Morning glory, as slang for the sort of erection that a man gets while still hitting the snooze button, is recorded in the 1980s. It also goes by morning wood and the alliterative breakfast boner. And for the record, it’s sometimes technically called nocturnal penile tumescence, or NPT, as the full phrase is rather stiff, shall we say. Some sources note morning glory is British slang, adding that the erection is caused by a full bladder—which, yes, is a thing.

The erectile morning glory gains traction in the 1990s in part due to the hit 1995 album (What’s the Story) Morning Glory? by Oasis. The album features the track “Morning Glory,” whose lyrics suggest drug use. Not that that stopped many from making the penis connection …

Another unfortunately named piece of media, the 2010 film Morning Glory starring Rachel McAdams, also renewed interest in the term. That film was about a morning TV show, not daybreak dongs.

Perhaps the most triumphant moment of this term’s history occurred in 2018 when a men’s health startup, Roman, released an erection-tracking app dubbed Morning Glory, earning some media attention. The app was particularly designed for those with erectile dysfunction.

What’s the story with your morning glory? If the answer is “nothing much” or “it’s kind of inconvenient actually” then you could be missing out on some mind-blowing sex, says new research.
Alex Pierotti, Australian Men's Health, May 29, 2017
Got woken up by baby screams. Not really a morning glory here XD.
@veemaster, August 25, 2020
what's the story morning glory? the bumblebee knows (but he's not talking)
@radiant_path, August 24, 2020
SEE MORE EXAMPLES

Morning glory is not only a natural and frequent phenomenon, but a sign of health. Chronic lack of morning glory may indicate a medical problem.

Be mindful that morning glory has a slew of meanings, with some associating it with having to urinate upon waking, others with having intercourse at the cock-a-doodle-do.

Many folks use morning glory to characterize something excellent first thing in the day, riffing on the timing of the phrase, not the sexual suggestion.

With all this talk of morning glory, you probably have the chorus of the Oasis “Morning Glory” stuck in your head now, don’t you? “What’s the story morning glory? / Well? You need a little time to wake up wake up.”

And don’t forget to stop and smell the actual morning glories.

There was a morning glory climbing the fence today pic.twitter.com/bGgf9cL05i

This is not meant to be a formal definition of morning glory like most terms we define on Dictionary.com, but is rather an informal word summary that hopefully touches upon the key aspects of the meaning and usage of morning glory that will help our users expand their word mastery.