Everything After Z by Dictionary.com
Previous Word: poseur
Next Word: power couple

My hotel bed appears to be heated?!? Like a heated massage table. It's simultaneously very posh and very weird.
@SimmsMelanie, September, 2018
Residents in a road where a spike-topped wall once divided rich and poor have slammed a decision to lay new Tarmac only at the "posh" end of the street.
BBC News, September, 2018 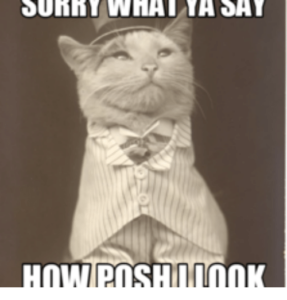 Where does posh come from? 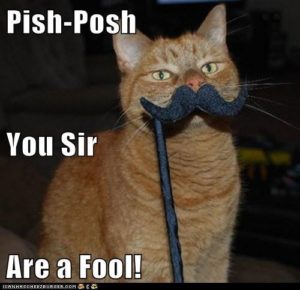 You might have heard of posh from the 1990s superstar Posh Spice of the Spice Girls, but the word posh is actually way older than that. 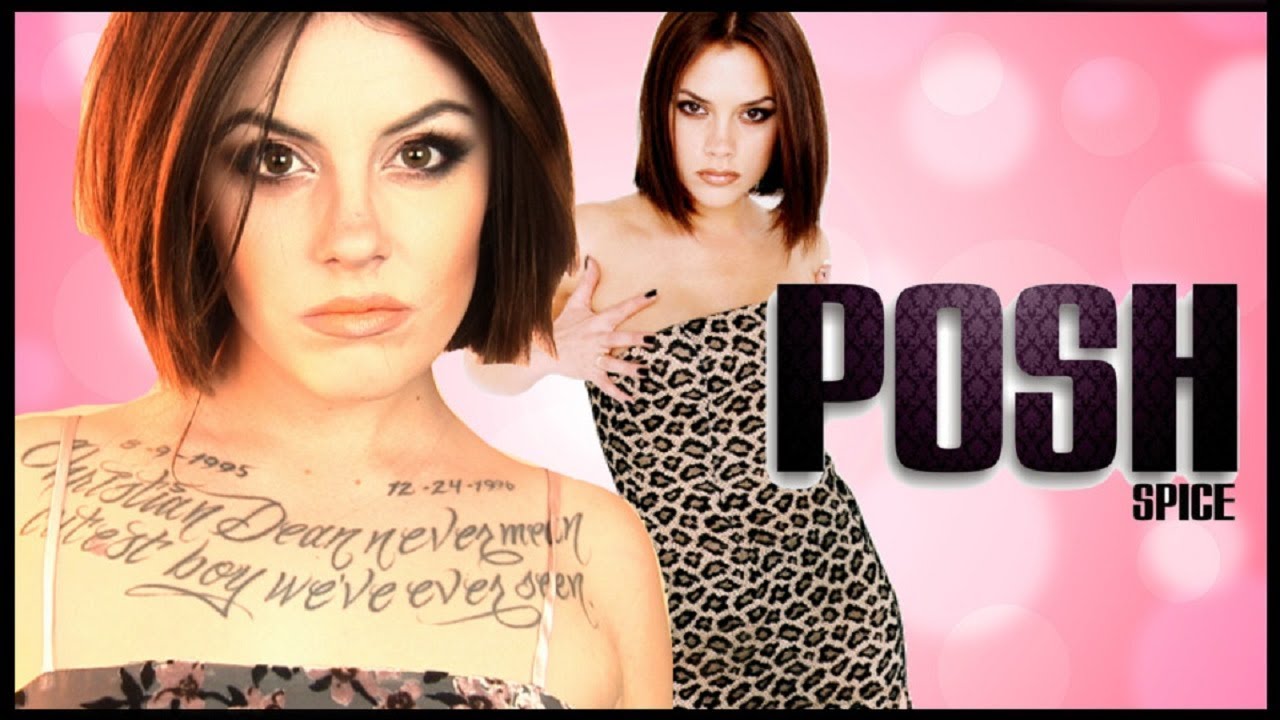 Posh, as slang for “money,” first appears in English in the 18th century as a variant of push. Back in the 15th century, the Romani people arrived from India to the United Kingdom. The Romani also adopted English words and customs, like the currency of half-shillings, half-pennies, and so on. The word for half in Romani is posh, and its relation to cash gave it the connotation of money.

From there, so this explanation goes, posh became thieves’ slang for money in the London underworld in the early 19th century. One early instance of posh to mean “money” comes from oral testimony in criminal proceedings in London’s Central Criminal Court in 1830. It was not a term yet used by the upper class as it would later come to describe. 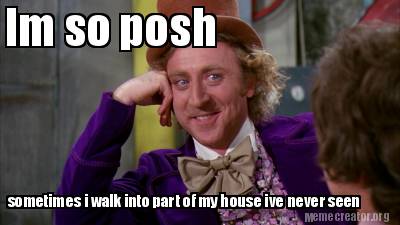 Posh, as “money,” may have led to posh as “fancy,” though this etymology is uncertain. One of the earliest printed examples of posh to mean “fancy” comes from P.G. Wodehouse’s Tales of St. Austin’s (1903) where a spiffy waistcoat is described as “quite the most push thing of the sort of Cambridge,” with posh apparently intended for push. 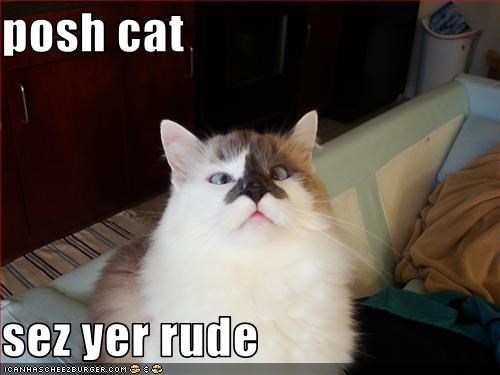 Posh as “fancy” was popularized by the Royal Armed Forces during World War I. It inspired countless derivations, such as posh up to mean “to make something fancier,” all poshed up to mean “dressed up,” and do the posh to mean “to spend lavishly”.

According to folk etymology, posh is an acronym for Port Out, Starboard Home. This myth from the 1930s says that rich people booking steamer trips staying in the nicer, round-trip cabins would have P.O.S.H. stamped on their tickets. After decades of searching, there’s never been any evidence such a practice ever existed.

In the 1950s, posh took on the meaning of “trifling nonsense,” a combination of piffle and tosh, both words that mean “nonsense.” It also appears in the variation on the Cockney pish–tosh as pish–posh, also meaning “nonsense.” 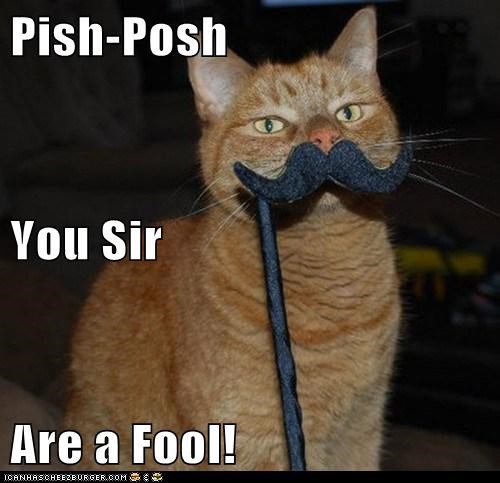 In the 1990s, posh became slang for “cocaine,” apparently due to its associations with rich partiers.

Posh is most commonly used today as an informal adjective to describe a person, place, or thing as classy, fancy, or spiffy (e.g., a posh restaurant). The word has a strong upper-class connotation, related to having or spending money. Calling something posh is still closely associated with the UK.

Being posh is also not infrequently associated with a kind of snobbiness. That said, many people are happy to own their posh vibes—not the least Victoria Beckham, AKA Posh Spice.

Chart guru Peter Loraine from the UK TV show Top of the Pops came up with the nickname Posh Spice for Victoria Beckham for a July 1996 magazine story. He once explained: “Posh was the first one to be thought up because Victoria looks pretty sophisticated.” 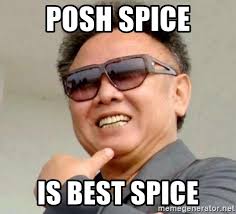 In 2011, the multi-level marketing company Perfectly Posh was launched to direct-sell makeup. You might see a friend who’s been suckered in post memes about how excited they are about their “Posh products.” 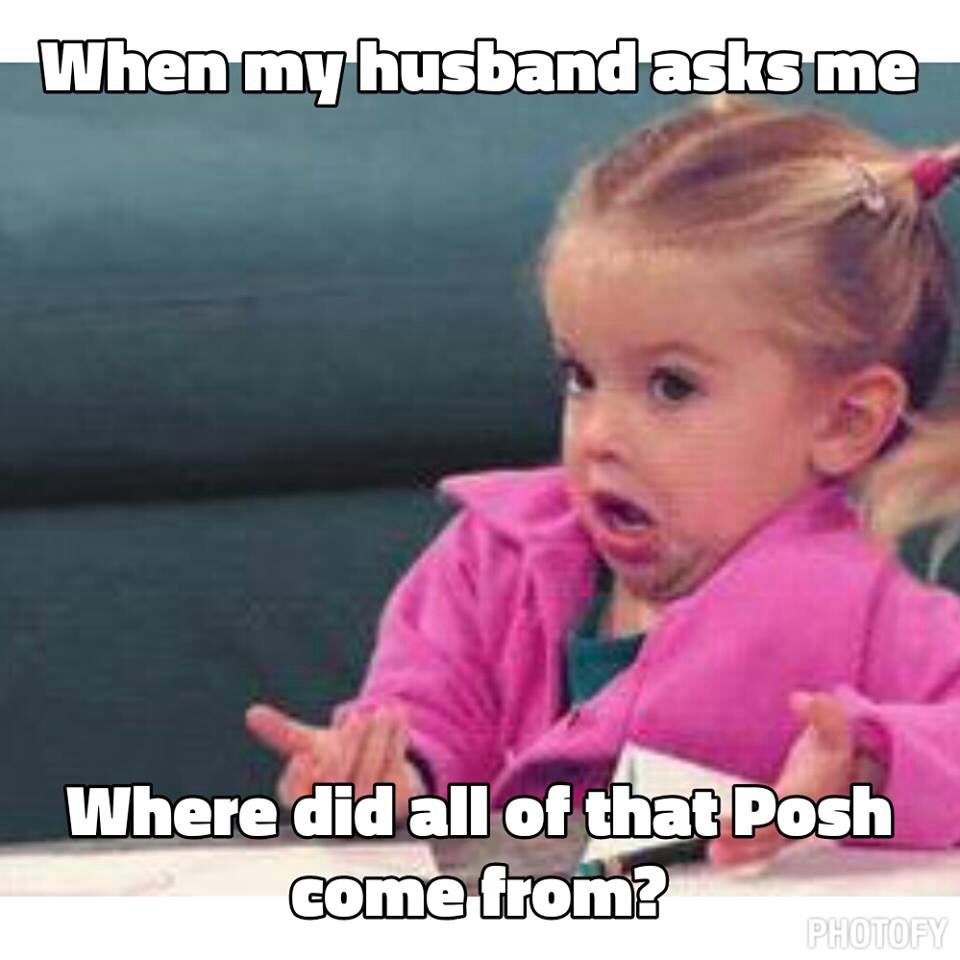