What does pussy whipped mean?

This pussy wears the pants in this relationship. Pussy whipped is an insult for a man who is seen as being controlled by his stronger-willed female romantic partner.

pop the cherry, cuck, omega wolf, alpha, alpha female, snowflake, Side to Side, Rosie the Riveter

Where does pussy whipped come from? 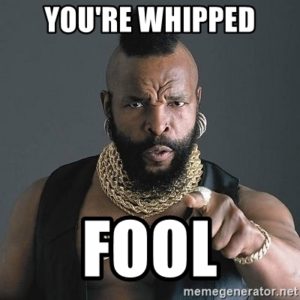 The word pussy has been vulgar slang for “vagina” and a “woman” since the 19th century, and by the 1950s, extended to mock a “weak” or “cowardly” man. (Not cool, because vaginas are strong.) Pussy whipped dates to at least the 1960s. It portrays a man as whipped by a pussy, likening a woman to a harsh slave-master who won’t have sex with him unless he follows her orders.

One notable early instances comes in Midolescence: The Dangerous Years, a 1974 book by Fred McMorrow. One passage mentions pussy whipped and explains it: “If you don’t do what I say, you ain’t gonna get any.” That has pretty much summed up the force of pussy whipped since. Outside of its sexual overtones, the suggestion of pussy whipped is that a man is submissive more generally. 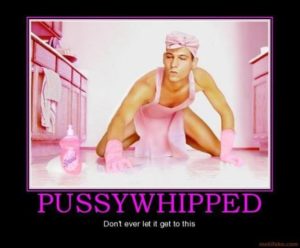 Pussy whipped spread in the 1970s and, by the late 1980s, was appearing in mainstream magazines like like Vanity Fair and Rolling Stone. In 1993, the feminist punk band Bikini Kill released an album called Pussy Whipped, bringing further attention—and female empowerment—to the term.

In 2016, makeup artist Jeffree Star released a lipstick named Pussy Whipped, which stirred up some controversy. Some critics called for a boycott, viewing the name as sexist. Others urged that Star was being cheeky and reclaiming the slang. True to its namesake, Jeffree Star Cosmetics so describes the makeup: “Show everyone who’s boss with this gold blonde dream.” 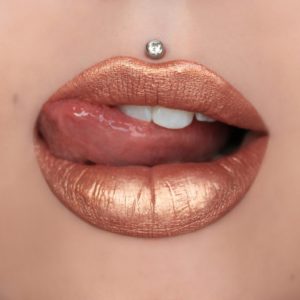 You must be real pussy whipped if you’re in your 40’s and still need to ask your girlfriend for permission to do things with your blood children.
@Slimkrisp1, August 2018
When your girlfriend convinces you to leave all your friends behind and freeze yourself for another one thousand years, you know you’ve got one pussy-whipped boyfriend on your hands.
Jeff Wysaski, BroBible, 2010 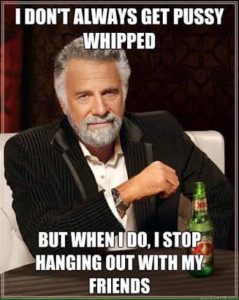 Calling a man pussy whipped is meant to emasculate him by insinuating he’s relinquished all power and dignity. Originally, this came with the implication that their surrender was in exchange for sex, but in contemporary use, a man who’s pussy whipped generally just goes with the will of his girlfriend or wife no matter she says.

Always wondered why my cousin cried after his girlfriends broke up with him, but now I’m grown and I can tell you that dude was pussy whipped 😂💀

The term, of course, is problematic. For one, it uses an offensive term for women and their genitalia. For another, it reinforces harmful gender stereotypes. It both sexually objectifies women while subjecting men to toxic standards of masculinity, e.g., You’re not a real man if you listen to your partner and do what she wants sometimes. Controlling relationships are problematic in themselves, but using the term pussy whipped isn’t exactly the best way to address the issue.

call me pussy whipped , call me dumb , call me stupid , call me whatever you want , I really don’t care , I’m ALWAYS gone act right and do right by my girl NO MATTER WHAT , she is my best friend, my rock , my wife and the mother to my child , I’m inlove with that girl 💞💍

Pussy-whip is also occasionally used as a verb meaning “to control or nag a male partner.”

This is not meant to be a formal definition of pussy whipped like most terms we define on Dictionary.com, but is rather an informal word summary that hopefully touches upon the key aspects of the meaning and usage of pussy whipped that will help our users expand their word mastery.